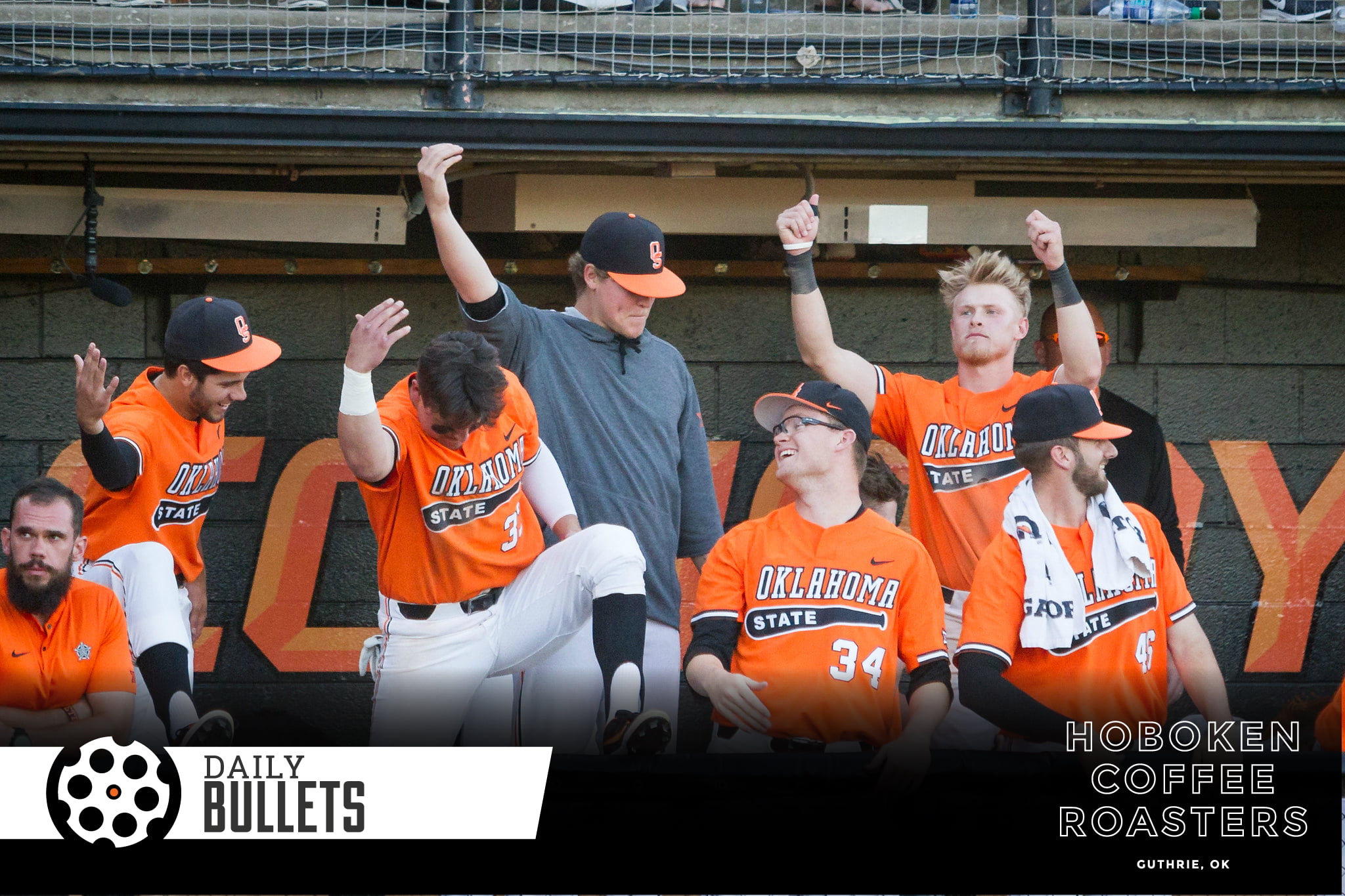 T. Boone Pickens did an interview with the Dallas Morning News – he really has a larger than life personality. A fun bit in there about a conversation with Holder about the 3-6 record in conference play.

• How Wolff got his swing
• Big 12 revenue numbers are in
• How OSU can close Allie P. on top

• MG: Pokes in second through day one in Louisville

• How did Cowboy Matthew Wolff, one of the top amateurs in golf, land his unusual swing?

“I broke my collarbone sophomore year of high school. When I came back … my coach George (Gankas), my swing coach, kind of said, ‘Your shoulder is aimed really far to the right.’ If I aimed my shoulders more left, I’d be aiming left and I’d miss it left. I would just hit it miles left. (He said,) ‘Well, you need to find a way to open your shoulders up at address and at impact.’

“I kind of mimicked my impact position before I swung. It kind of started off as a drill, and then all of a sudden, I just really liked it. [NewsOK]

Overall, the Big 12’s total revenue figure of $373.9 million is just a slight bump up from the $371 million reported the year prior but a hefty increase on the reported $313 million from FY2016. [NBC Sports]

• For Holliday’s Pokes to sneak in with a Big 12 title and a fighting chance at hosting a regional, here’s what they’ve gotta do:

Up next, the Cowboys host Baylor in what will be the final series in Allie P. Reynolds Stadium’s history next weekend. The Cowboys still have a shot at claiming a Big 12 championship on the regular season’s final day, but they need some help.

OSU is in third for the time being, but if the Pokes could sweep first-place Baylor and if TCU sweeps second-place Texas Tech that weekend, the Cowboys would celebrate as conference champions on Allie P.’s final day of Big 12 play. [PFB]

"They've got battering rams in Ingram and Edwards. Justice Hill will be the home run hitter. He's the fireworks show. He can be the gamebreaker and do-everything guy. I can't wait to see how Greg Roman uses him."@PSchrags on @Ravens 4th-rd pick, RB @jhill21_ from @CowboyFB. pic.twitter.com/ip4XIzFvrz

• Kahneman breaks down happiness versus satisfaction

• Seven reasons why Tiger could win the PGA Championship this weekend

• The John Beilein-to-Cleveland Cavs hire caught most off guard