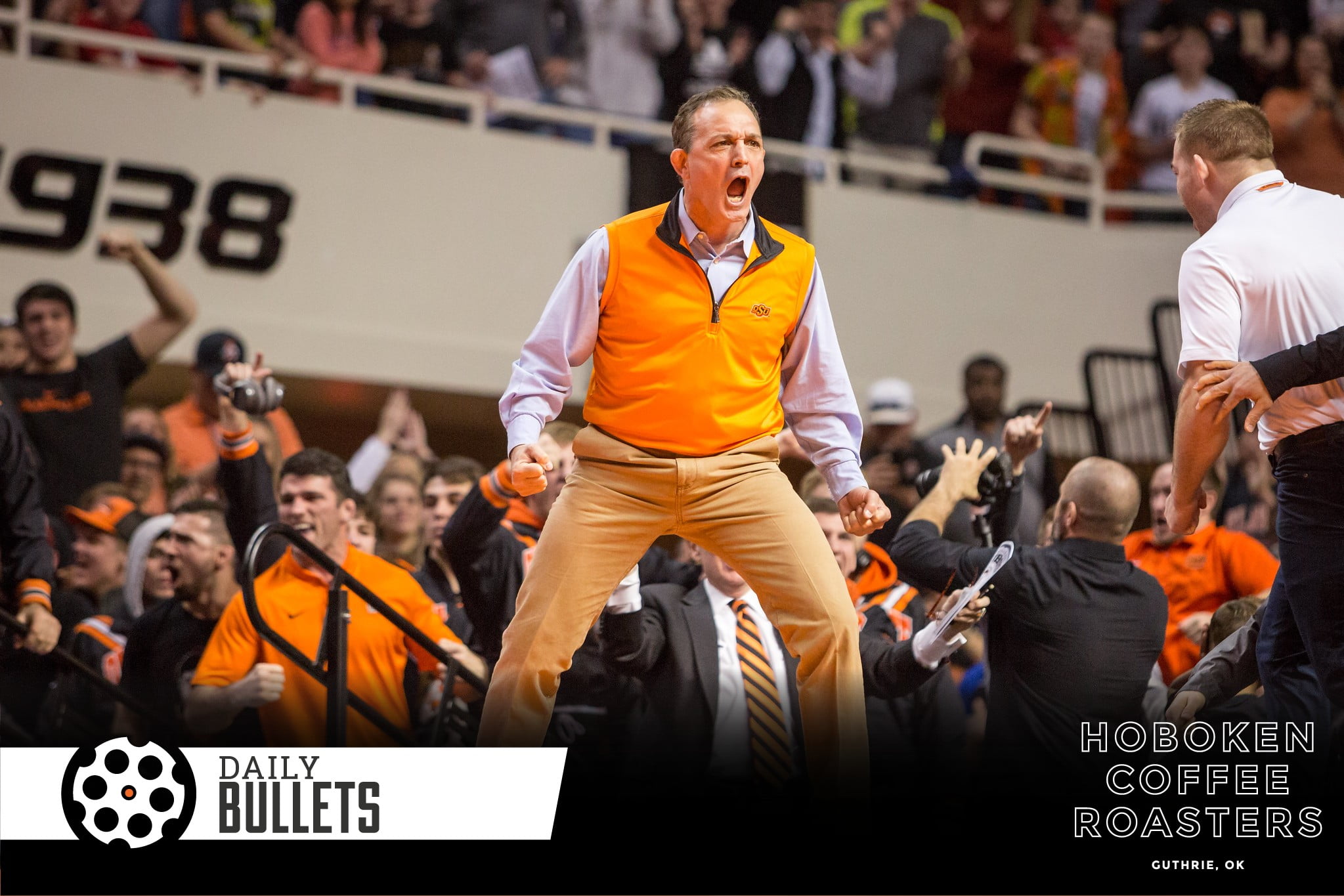 • Congrats to John Smith getting into the Oklahoma Hall of Fame – hard to imagine a more accomplished competitor in the state not already in. Comments like this from Smith make you wonder what took so long.

“These things that you get at home, have always been more valuable to me – being in this Oklahoma Sports Hall of Fame – because this is home. I think this is probably one of the greatest honors that you can receive as a citizen in the state of Oklahoma, and for that reason, it was always something that I hoped one day that I could be a part of.” [Newspress]

• Here’s why I think CFB will be played in some form this year – Power Five schools would lose at least $4B (billion) dollars without it. Even if it comes down to ideas like this from Ohio State where less fans are allowed in, something gets done.

• The Cowboys head to Norman this fall (winter? spring?) to play football and the games have been incredibly close of late.

Oklahoma State at Oklahoma, Oct. 24: Three of the last four Bedlams on Owen Field have been decided by one point or in overtime. [NewsOK]

The days of Adrian Peterson running through the Cowboys and off the field are gone and close games in Norman are the norm.

• Chuba Hubbard was nominated for Big 12 player of the year – you can vote for him today on Big12Sports.com

• I don’t know if it’s the quarantine or what but this view of Lewis Field back in the day is gorgeous:

For as, um, "outdated" as this place was, I sure have some great @CowboyFB memories that include it. Great players, great games, friends, family. The building at the far end was pretty cool too. Wouldn't trade them #okstate #GoPokes pic.twitter.com/qiDixQG0tM

• Fun test for Lord of the Rings‘s fans: anti-depressant or Tolkien character?
• Good faith-based piece on the role of attentiveness in discipleship

“Knowledge is the compound interest of curiosity.”