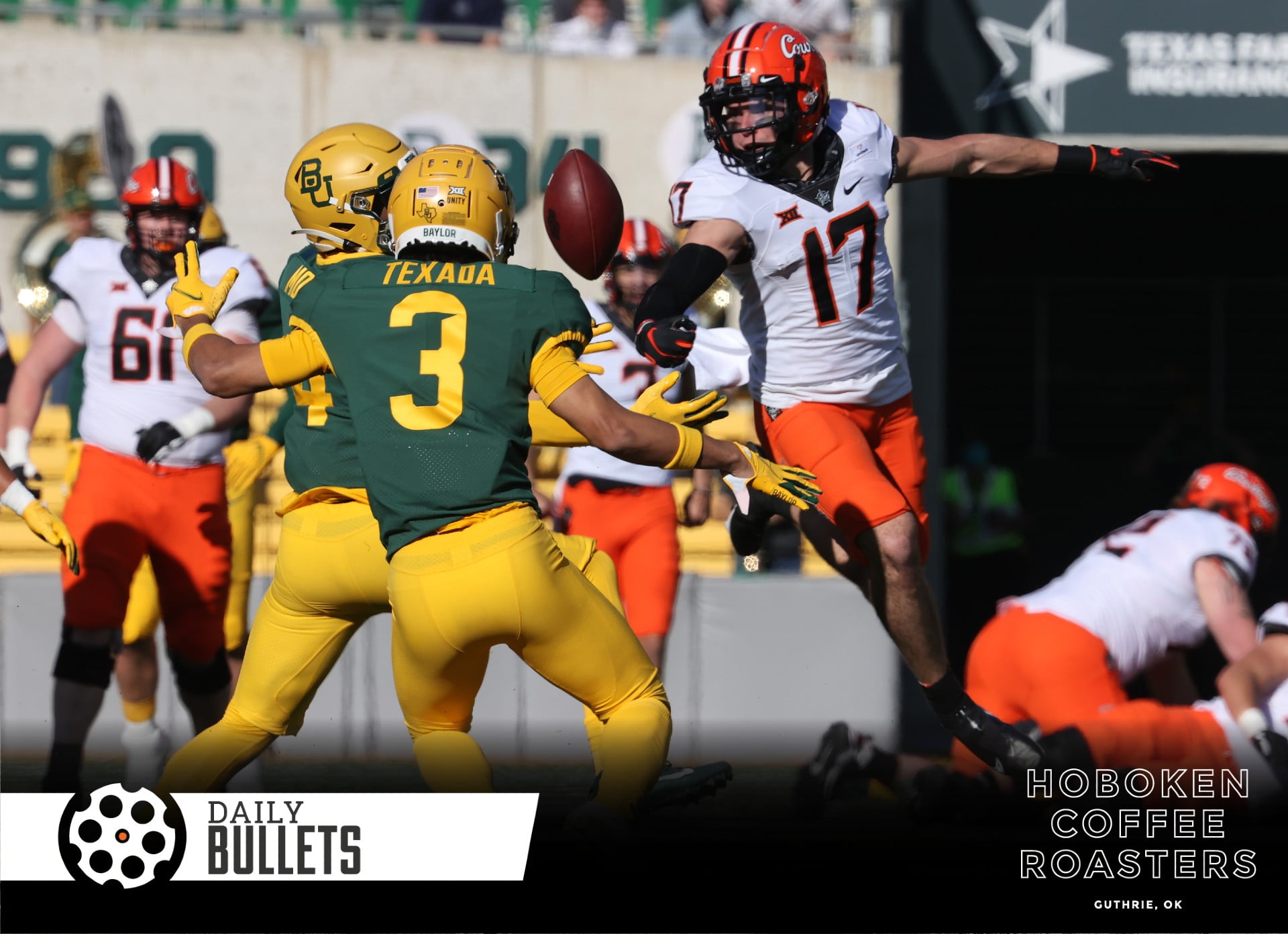 Women’s Golf: Cowgirls clinch the No. 3 seed in match play
Women’s Tennis: One Cowgirl lost in the opening round, another plays today in the “Sweet 16” of Singles Championship

• Pokes added a kicker/backup punter yesterday in the portal

• Bummer here – one of Mike Boynton’s assistants is headed to Florida for a similar role. Really classy parting comments from Boynton here

• Lots more said in the piece but Dillon Stoner is reportedly killing it with the Las Vegas Raiders:

…(S)ources say (the Raiders) are also extremely fired up about undrafted rookie Dillon Stoner. While there was no media access to the recent rookie camp in Henderson, Nev., observers say that the former Oklahoma State receiver dominated and showed why the Raiders gave him $120,000 in guaranteed money to sign with them.

Can you imagine the (incredibly flattering) things that Mike Gundy said about Dillon Stoner to Raiders coach Jon Gruden?

• This ESPN+ ($$$) piece projects Big Russ Okung to sign a one-year deal with the Steelers:

…I’m stunned that Okung hasn’t yet signed a contract, given that he’s the last useful left tackle standing on the open market in a league where a handful of competitive teams still need to lock down their quarterback’s blindside. Okung missed time with a pulmonary embolism in 2019 and a calf injury last season, but he was a solid left tackle when on the field.

• Lots of Pokes made the All-Big 12 Baseball teams – the nicest was landing newcomer of the year by Encarnacion-Strand.

The brilliance of the Llangolen Canal: