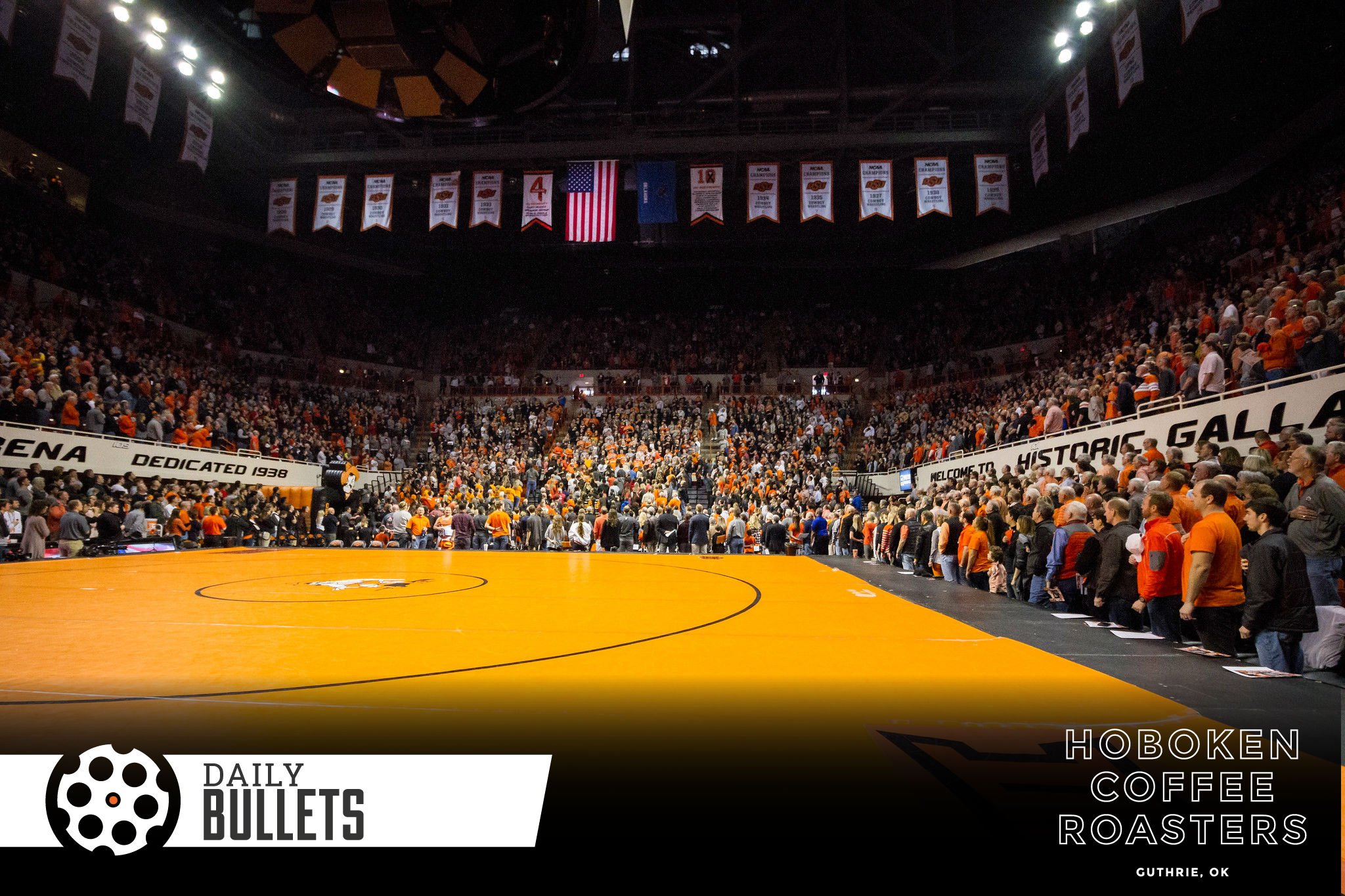 • Most Viewed (No. 1): Oklahoma Hall of Fame Wrestling Snubs

It’s hard not to be shocked when you read this terrific piece by Seth. The two things that got me were (in no order) that multiple others from gymnastics (another Olympic sport) were in and that Kevin Durant was rushed in (before he split the scene) while wrestling continues its 90+ year wait.

• Most Viewed (No. 2): Boynton’s Relationship Skills Have the Pokes in on Another 4-Star

The same intangible that makes Boynton appealing to us as fans sells well on the recruiting trail – he’s a genuine guy. How many coaches would drop a kid like a hot potato when he commits elsewhere? Boynton wished him well and found a still-warm connection when the time came.

• Most Viewed (No. 3): Big Ben’s Call Out Got James Washington Rolling

Cox highlighted the reasonable causes for Washington to underwhelm as a rookie – adjusting to the playbook and limited targets to name a couple. I think you generally expect a second-round player (outside of a QB) to have an early impact, hence the reason for disappointment.

But another angle that stuck out in this story is a bit of a change in my perspective of Big Ben. Hearing the story of how he affirmed Washington after a solid game against the Pats later in the season shows he’s not just an unreasonable jerk shifting blame – but a leader insisting on giving credit where it’s due is easier to get behind.

Landing a four-star in Stillwater is generally a surprise (as it’s more the exception than the rule) but hearing about the competition (Arizona, Missouri, Arkansas, and Colorado), you can see OSU’s value proposition. Since Zac Robinson in 2005, three quarterbacks (Robinson, Brandon Weeden, and Mason Rudolph) have had multi-year NFL careers.

I love stuff like this – as we get into that time of year when football players start committing after camps (juniors and seniors alike), it’s really nice to have a list to project from. It’s almost like a fun Christmas wishlist when you’re a kid – these are the things (players) I’d like to have.

Art Briles is back coaching in Texas – but at the high school level (booooo)….Matthew Wolff and Viktor Hovland were named Nicklaus Finalists….KU’s Silvio De Sousa has now been ruled eligible

• These pictures of flooding in Tulsa are wild