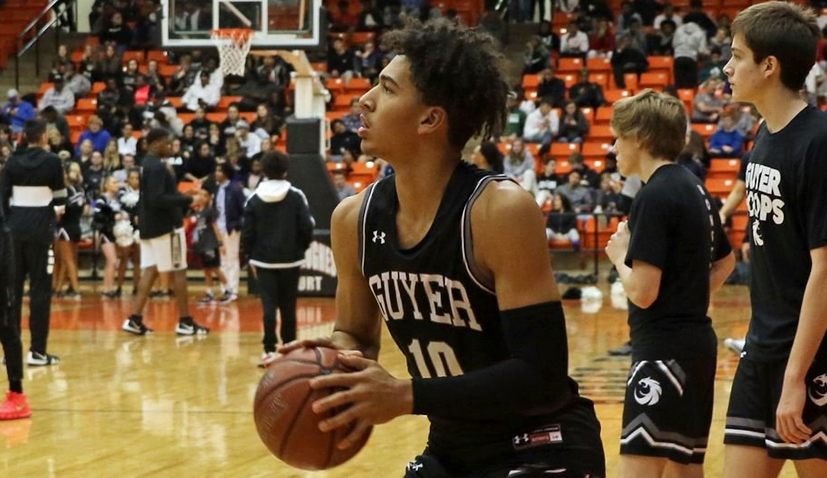 It’s not often a top-50 prospect becomes available on the market after the spring signing period. But John Beilein’s decision to take a … wait for it … beeline (?) straight from Michigan to the NBA’s Cleveland Cavaliers has done exactly that. UM signee Jalen Wilson is now a former UM signee, and he’s back on the market looking for a landing spot.

OSU is among his four suitors, as it was the first time around before he committed. This time, the competition is stiffer. This time, OSU is efforting to fend off Florida, North Carolina and Kansas to add an immediately eligible wing for 2019.

Wilson did an Instagram Live session on Monday and said he’s bummed about how it turned out, but it’s offered him a new perspective on how to approach this new recruitment. Now, he has one question he asks every coach.

“Now I gotta ask every coach ‘how long you staying for’?” he said. “Now I gotta see who has really been with me since day one, see what I got. At Michigan, I was going to play a lot. Now I have to see what other schools [are offering].”

Wilson wants to play right away. At Michigan, he’d have had that opportunity with a trio of outgoing underclassmen bolting for the NBA. At UNC and Kansas, same deal. At OSU, playing time is available but in large part because the roster has been turned over.

Wilson is a Denton Guyer product who is already familiar with OSU from his earlier recruiting days, and that familiarity is something he says he recalls fondly.

“Coach Mike [Boynton] is a really good coach,” he said. “He’s been talking to me a lot, helping me through the process. He congratulated me when I went to Michigan, was always there to help me. Now that I’m not with Michigan I sit back and look at the coaches that have helped me, he’s still there. He’s given me an opportunity to play at a high level and contribute immediately.

“Stillwater is a great college place, they’re really bought into football and basketball there. Chris, Avery, two Dallas kids going there, Isaac is already there and I played with him last summer. It’s a good opportunity. I’ll visit there, not really sure what the timing is.”