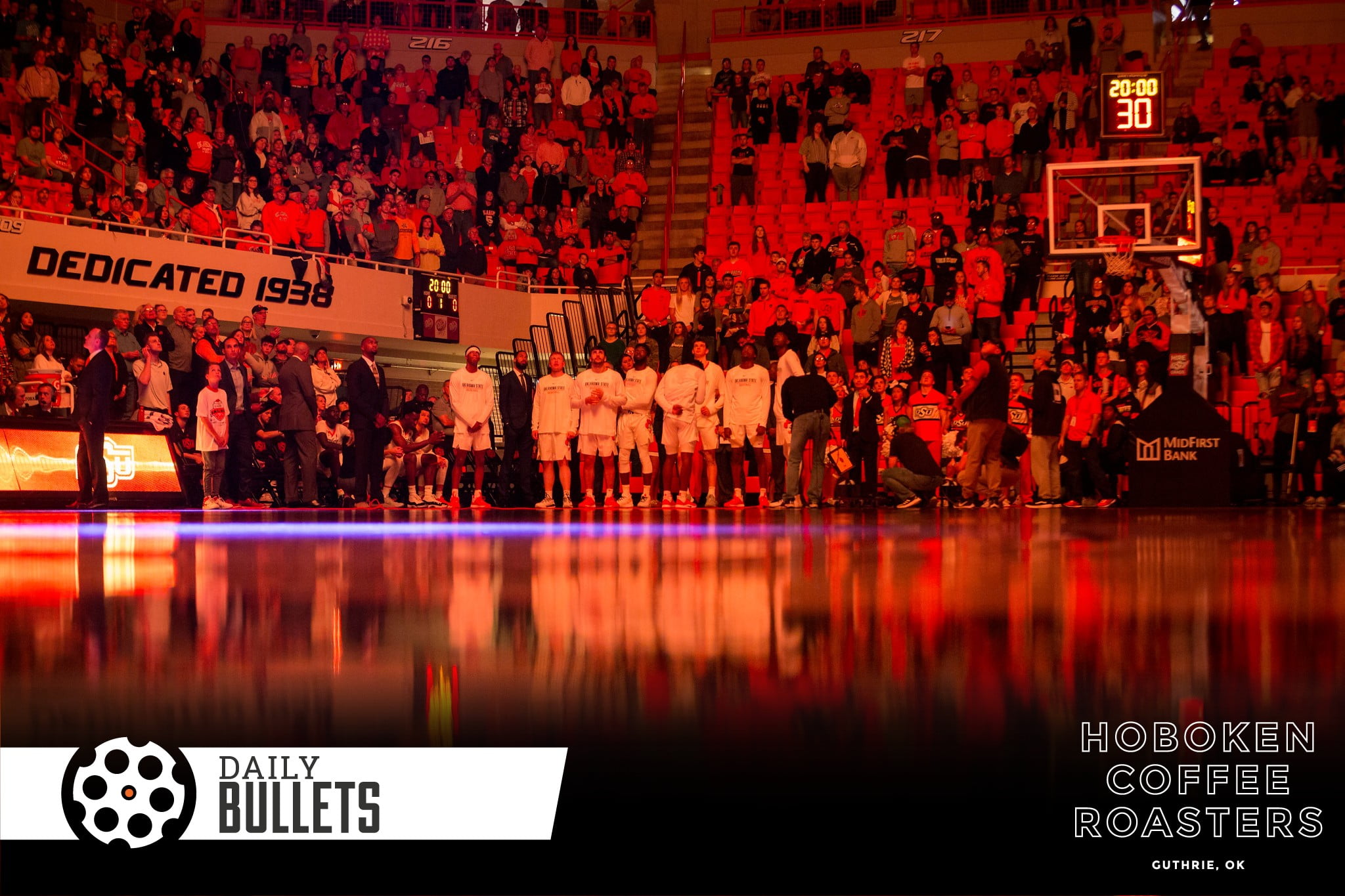 The way Eddie invested in the lives of men and helped them to achieve their potential was legendary. Rest in peace, Coach.

• These remarks from Jenni Carlson about Eddie were a soothing balm about the induction speech that never was.

Like he so often did, Eddie Sutton won. [NewsOK]

• Desmond Mason and Doug Gottlieb had thoughtful remarks about Eddie

• In a piece on Illinois, Sports Illustrated’s director of recruiting dropped a nugget on what’s most important to recruits and what’s changed – you can clearly see where OSU fits in.

“The old mentality of recruiting was to be able to contribute and win in college while the new one focuses more on the development toward the NFL. Illinois hasn’t been successful on either side of that coin.” [Sports Illustrated]

The idea to fill your roster with guys from the transfer portal is a fascinating one. If you can’t develop players (like Mike Gundy does), maybe you can pick out ready-made players that fit your system.

• This Larry Reece tweet hit me right in the feels this morning:

• I didn’t realize 247 had Aden Kelley, defensive tackle recruit the Pokes are after, awarded a fourth-star. OSU having four-star recruits at all three levels of defense is a high probability at this point.

• I can’t begin to guess what this could be about. It’s too early for endorsement deals, it’s not too late for the supplemental draft though 🙁