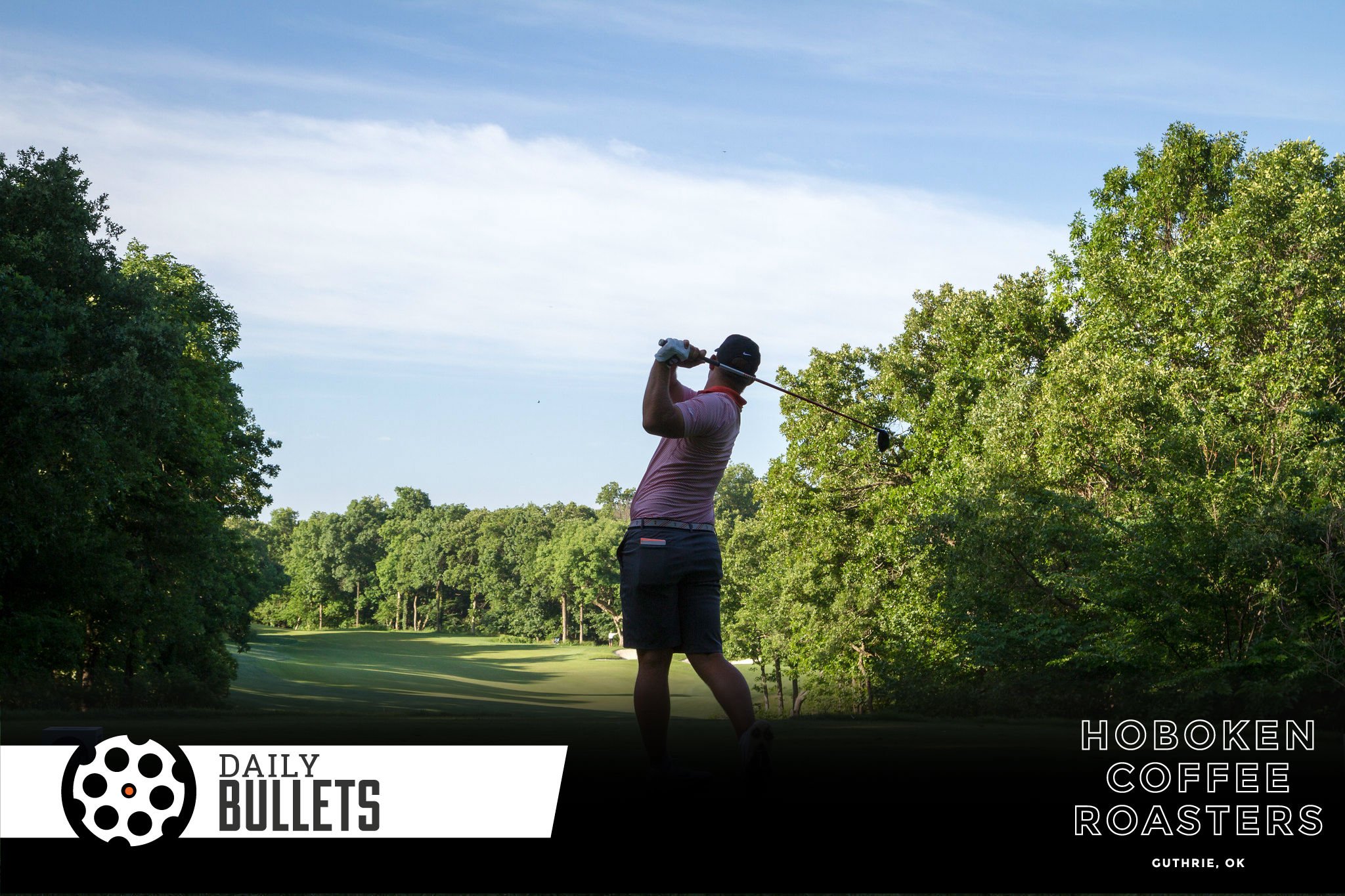 A man’s character may be learned from the adjectives which he habitually uses in conversation.  – Mark Twain

• After a dominant season (and NCAA tournament) concluded with a semi-final exit yesterday, it feels like this Cowboy Golf team was championship or bust.

Asked before the early exit, Cowboy legend Scott Verplank said this (with a match play title) would be the best Cowboy Golf team yet. The TulsaWorld‘s Bill Haisten took it a step further.

Considering the history of achievement for the Cowboy golf program, Verplank’s statement is thought-proving. I extended it beyond golf: Is this Cowboy golf team the best team ever at Oklahoma State, regardless of sport?

It’s a status that becomes permanent if Oklahoma State emerges from match play with another championship.

If that happens, then it’s undeniable that these Cowboys are the best of all Cowboys. [TulsaWorld]

As the Pokes lost by a stroke in extra holes, this is all a moot point… Right?

It has to be. But either way, this team will have dudes in the pros for years to come.

• Speaking of legendary teams, Eddie Sutton did some incredible things at the University of Arkansas.

The Razorbacks were a national power in the 1940s but had been to only one NCAA Tournament, 1958, in the 25 years before Sutton’s arrival. Sutton’s 11-year record was 260-75, with five Southwest Conference championships and nine NCAA Tournaments. [NewsOK]

That’s like Art Briles-at-Baylor levels of success without the immorality. He averaged a record of 23.6-6.8 at a football school.

This softball team is really, really good. They’re 44-15 overall; they’re Tallahassee Super Regional Champions, having dispatched of the reigning national title winners in impressive road fashion this past weekend; and now they’re headed to the Women’s College World Series for the first time in the program’s proud history since 2011.

But this softball team, for as good as they are, happen to be even more fun. [PFB]

It’s hard to overstate the significance for a team to make the world series – a huge honor for a program.

• A five-star guard out of DFW turned down Kansas to play overseas for a year.

• I don’t care what level this happened at – it’s the kind of stuff that gets a guy promoted.

In two years as an OC, @Coach__Gleeson has had:

• Good/challenging faith-based look at being faithful where you are

• Insightful thoughts on feeling like you don’t have enough time

This is impressive (and patriotic).