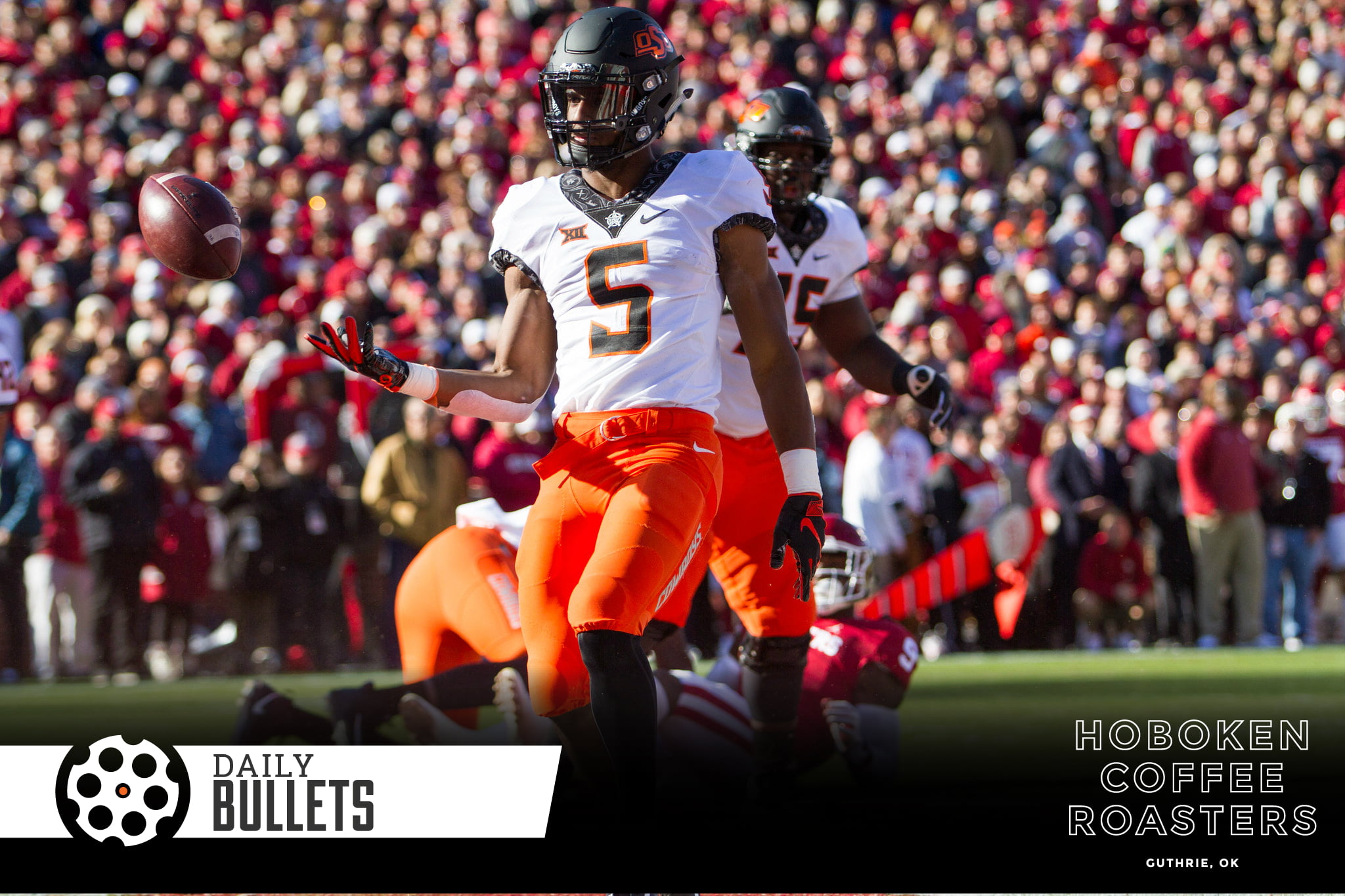 Finally got to see the new Avengers movie last night – really enjoyed it.

• What kind of shot does Justice Hill have to crack the rotation for the Baltimore Ravens this fall?

Hill’s ability to be a weapon for Baltimore quarterback Lamar Jackson in multiple facets of the game give him a good chance of cracking the running back rotation. Additionally, Ravens’ offensive coordinator Greg Roman has worked with talented pass-catching backs like Frank Gore and LeSean McCoy in the past, and this will certainly play in Hill’s favor.

The running back room in Baltimore is crowded, but outside of (Mark) Ingram, there isn’t a lot of proven NFL success, and I definitely think Hill has a shot to see the field next season. [PFB]

Something Hill has working for him is that the proven commodity in the room (Mark Ingram) is a different type of back than he is and Hill’s services are complimentary.

(Weeden was) drafted by the New York Yankees with their first pick, a second-round selection out of high school. Weeden is the closest to being a first round pick in the MLB and NFL Draft prior to Oklahoma’s Kyler Murray.  [GoPokes]

• As Dave Hunziker has spent over a decade calling games for the Pokes, it was hard to project how much he would become a part of the community.

“He came in in a difficult spot because Bill Teegins was so beloved,” Holcomb said. “He could’ve walked into easier situations for sure, but he also understood the situation.

“Once I met him, I knew they had made the right choice.” [O’Colly]

• I don’t have a lot of arguments with this projection for 2019.

• Iba wrote the book on coaching.

A recent donation to Heritage Hall at #okstate just in time for finals week: the syllabus from a Basketball Coaching class taught by Mr. Iba. @OSUMBB @OSUAthletics. pic.twitter.com/gM8jGXLjip

• Helpful thoughts from HBR on busyness and burnout

• Carlson on the Thunder not being reactionary was good