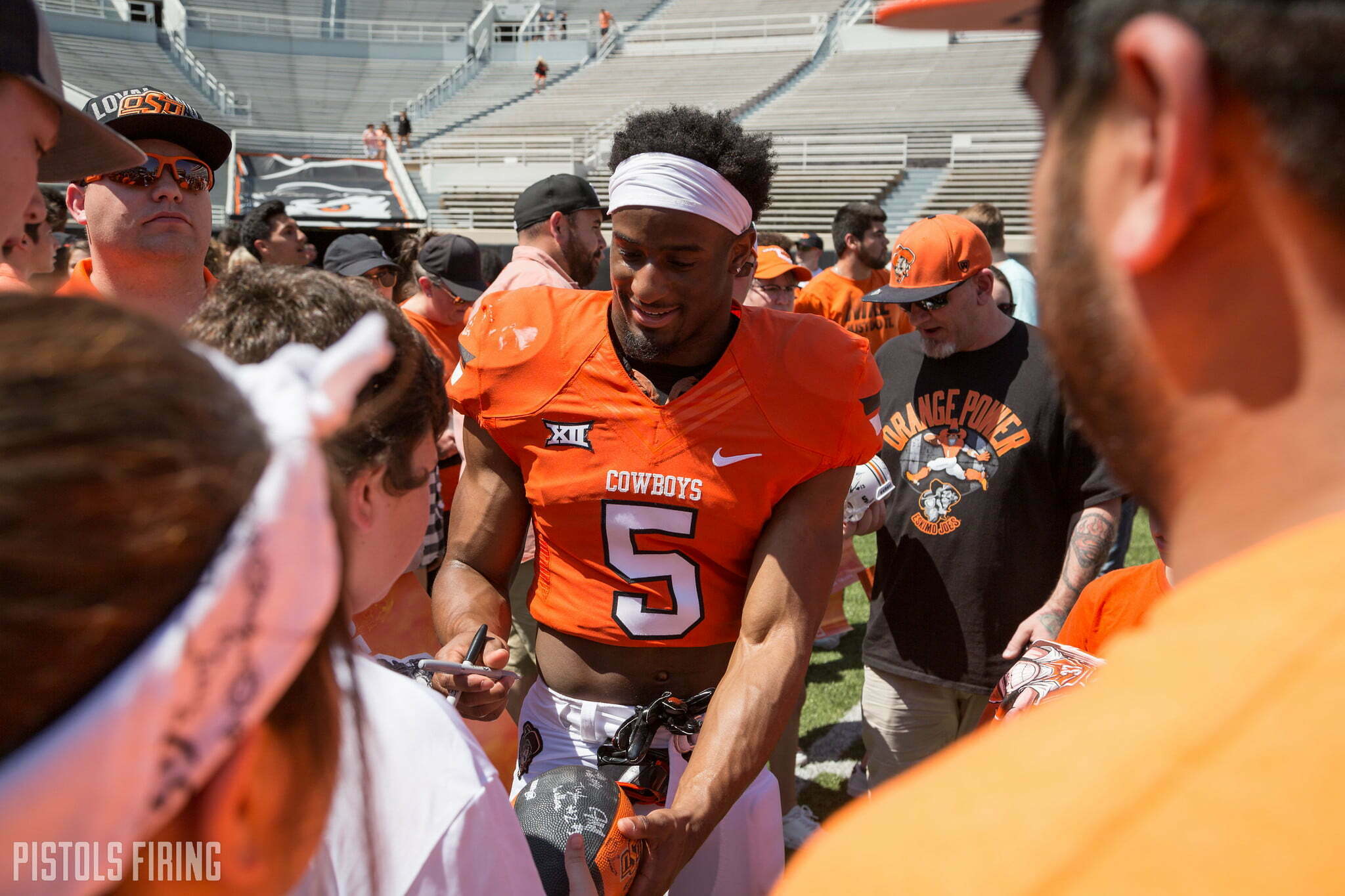 Although it may have been later than some Oklahoma State fans expected, former Cowboy running back Justice Hill has found a home in Baltimore after being selected in the fourth round of last week’s NFL Draft. According to Jeff Zrebiec of The Athletic, the Ravens had “earmarked” Hill as the running back they wanted heading into the fourth round and they seem happy to have gotten their man.

Now that Hill is officially a Raven, just how will he fit on this team heading into next season? The Ravens running back room currently consists of the following players:

Former New Orleans Saint Mark Ingram will most likely be the Ravens starting running back in 2019. Behind Ingram on the depth chart are Edwards, who had three 100+ yard performances in 2018, and Dixon, who rushed for over 100 yards in the Ravens’ final regular season game. Both Edwards and Dixon are talented, but neither possesses the big play potential and overall speed that Hill does, as he displays in the long (almost touchdown) run below.

Here's John on Justice: "If he gets a crack, they're gonna be chasing him." pic.twitter.com/F7VIlM60rc

In addition, the above running backs combined for only 34 receptions a year ago. Although he wasn’t given many opportunities in the passing game during the 2018 season, Hill has shown since his freshman year that he’s a capable receiver out of the backfield, as you see in the following video from the 2016 Kansas game.

The former Poke also has some experience split out in the slot (shown in the image below) which adds to his versatility and gives the Ravens the option to have Hill and another running back on the field as the same time. 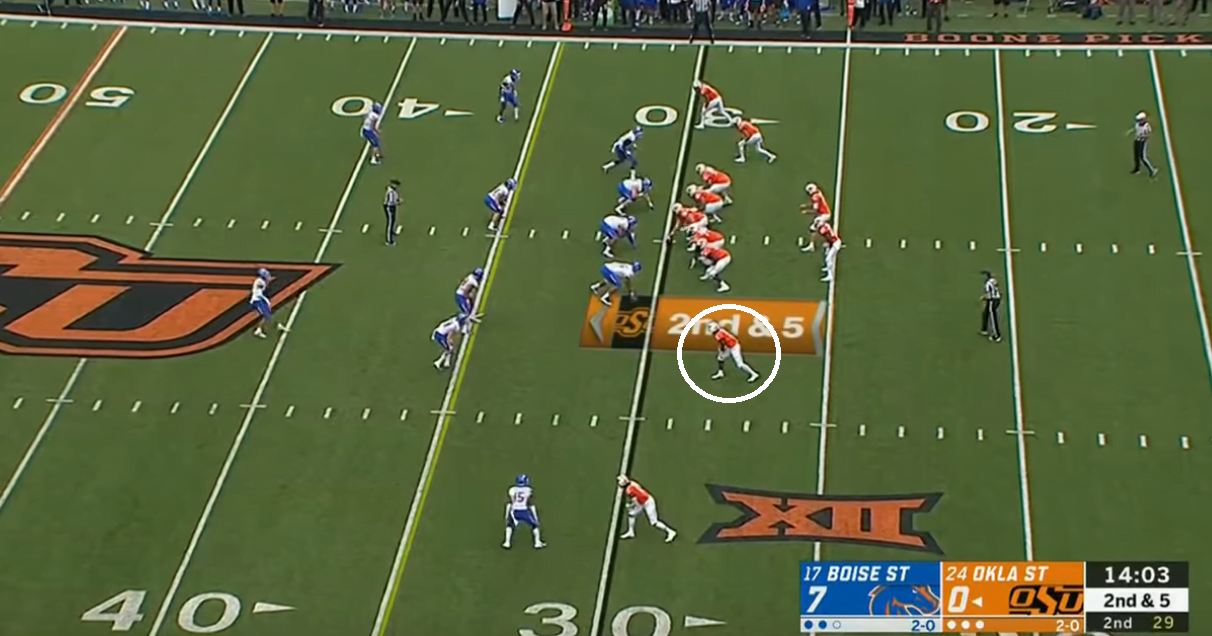 Hill’s ability to be a weapon for Baltimore quarterback Lamar Jackson in multiple facets of the game give him a good chance of cracking the running back rotation. Additionally, Ravens’ offensive coordinator Greg Roman has worked with talented pass-catching backs like Frank Gore and LeSean McCoy in the past, and this will certainly play in Hill’s favor.

The running back room in Baltimore is crowded, but outside of Ingram, there isn’t a lot of proven NFL success, and I definitely think Hill has a shot to see the field next season. I believe Harbaugh and Roman will figure out ways to utilize Hill’s dynamic skill set and get him the ball in space where he can use his insane jump cuts and blazing speed to rack up yardage.