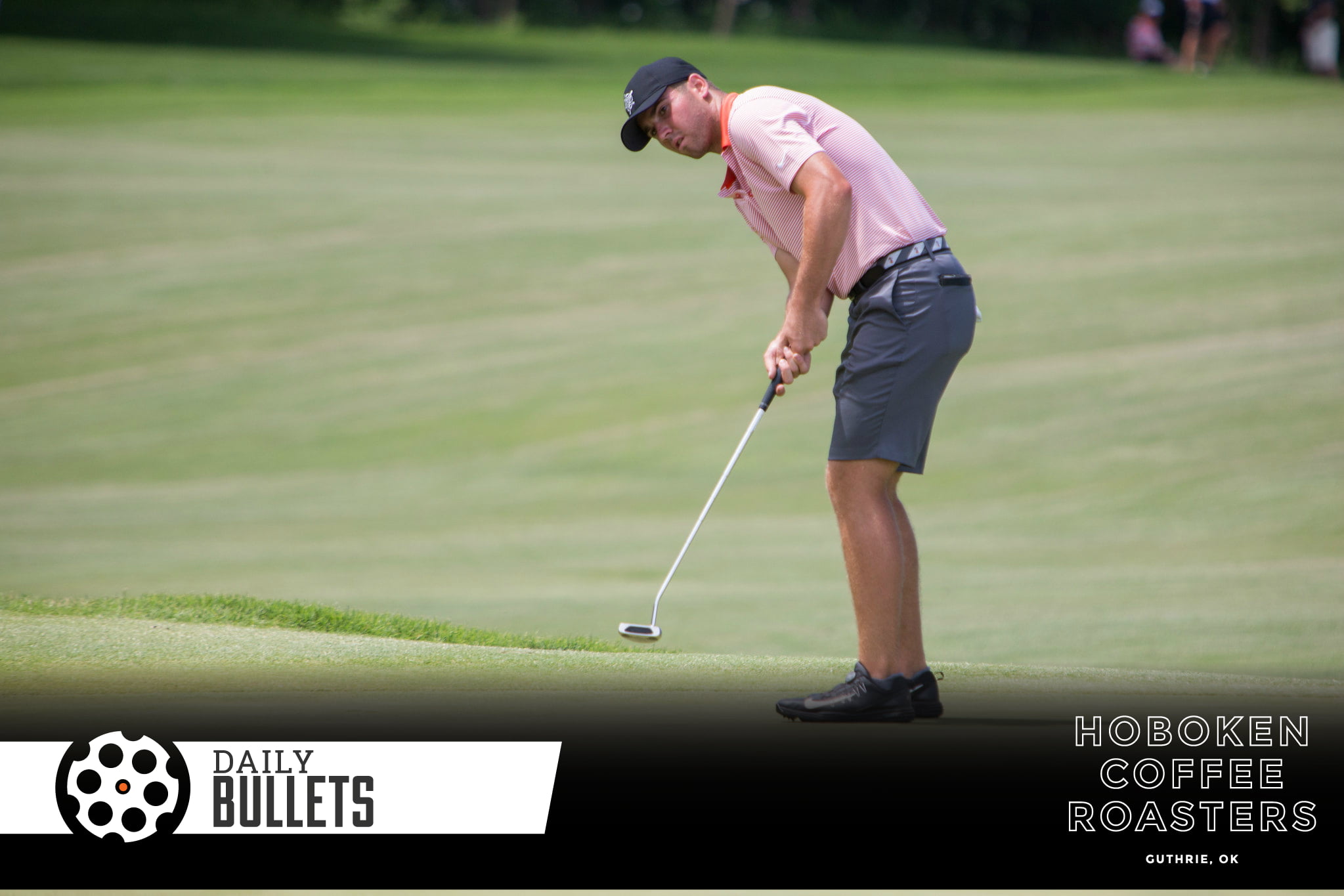 I find television very educational. Every time someone switches it on, I go into the other room and read a book.  – Groucho Marx

• A big reason why the Cowgirls will be playing today at 6 p.m. in the College World Series is because of their head coach and his empowering style.

The source, though, is (Kenny) Gajewski, the stubble-faced former Oklahoma baseball national champion who spent 10 years taking care of OU’s ball fields before deciding he might like to coach.

“Everything he’s done for this program is so real,” said (Taylor) Lynch, whose 2016 arrival at OSU coincided with Gajewski’s. “He’s so personable. I think that separates him from every other college coach. He’s the same when he recruits you to when you get here. Nothing changes. He’s fun. He keeps things loose.

“That goes back to the biggest part of the game — we’re doing it because we love it.” [TulsaWorld]

This has to be one of the hardest parts of being a big-time college coach in any sport – balancing being passionate and having fun with the drudgery and the grind. A rare balance it sounds like Gajewski has found.

“The school down south set a standard, but we’re getting ready to set a new standard.” ??? #GoPokes pic.twitter.com/uZlMnQzi9A

• How does Matthew Wolff deal with the pressure of having the eyes of college golf on him?

“OSU has been the best thing that’s ever happened to him,” Shari Wolff said. “The coaches, the teammates, they’re unbelievable. He’s not leaving. He’s leaving but he’s not. This is his family for life.”

Wolff is ready for this next step. He’s ready for the big stage, the spotlight, the attention – and he’s prepared to handle it. Yes, he’s got all the talent in the world, but he also has perspective, and maturity, and humility.

“To put my identity in Christ and know that there’s a lot more to me than just a golfer, it took the pressure away from golf,” Wolff said. “This isn’t all I have; I have my family, my friends, my religion, and my beliefs are really important to me. It’s given me a lot better purpose, and I’ve been a lot happier, a lot more at peace and content with my life lately, and it’s just made golf and every single day a lot better.” [Golf Channel]

It sounds like two ways – with an established community of #goodpeople behind him and an identity secure in his beliefs.

• While we’re talking Matthew Wolff – Porter’s got a hot take on Wolff’s place in the pantheon.

Most accomplished golfer? No. Best pro? We’ll see. But based on two years of play, 39 rounds in the 60s, the single-season and career scoring averages as well as six victories (including an individual national championship), I have no competing evidence that tells me he’s anything other than the best golfer to ever step foot in Stillwater.

There are innumerable ways I could make this point, but think about this one: Rickie Fowler is currently the No. 10 golfer on planet earth right now. In two years at OSU, he had 18 rounds in the 60s and compiled three wins. Wolff had 39 rounds in the 60s and six wins in the same amount of time. Does that ensure professional success? Of course not, but I hope that highlights just how preposterously good he’s been. [PFB]

Those numbers against Rickie are shocking.

• Should more women be coaching women in college sports?

• A couple of Cowgirls made All-American in softball yesterday.

• Get your baseball tix and schedule for the weekend below for the OKC Regional.

⚾️ All-Session tickets for the #NCAABaseball Oklahoma City Regional are available now for the general public.

• How Braggs, Oklahoma became an island