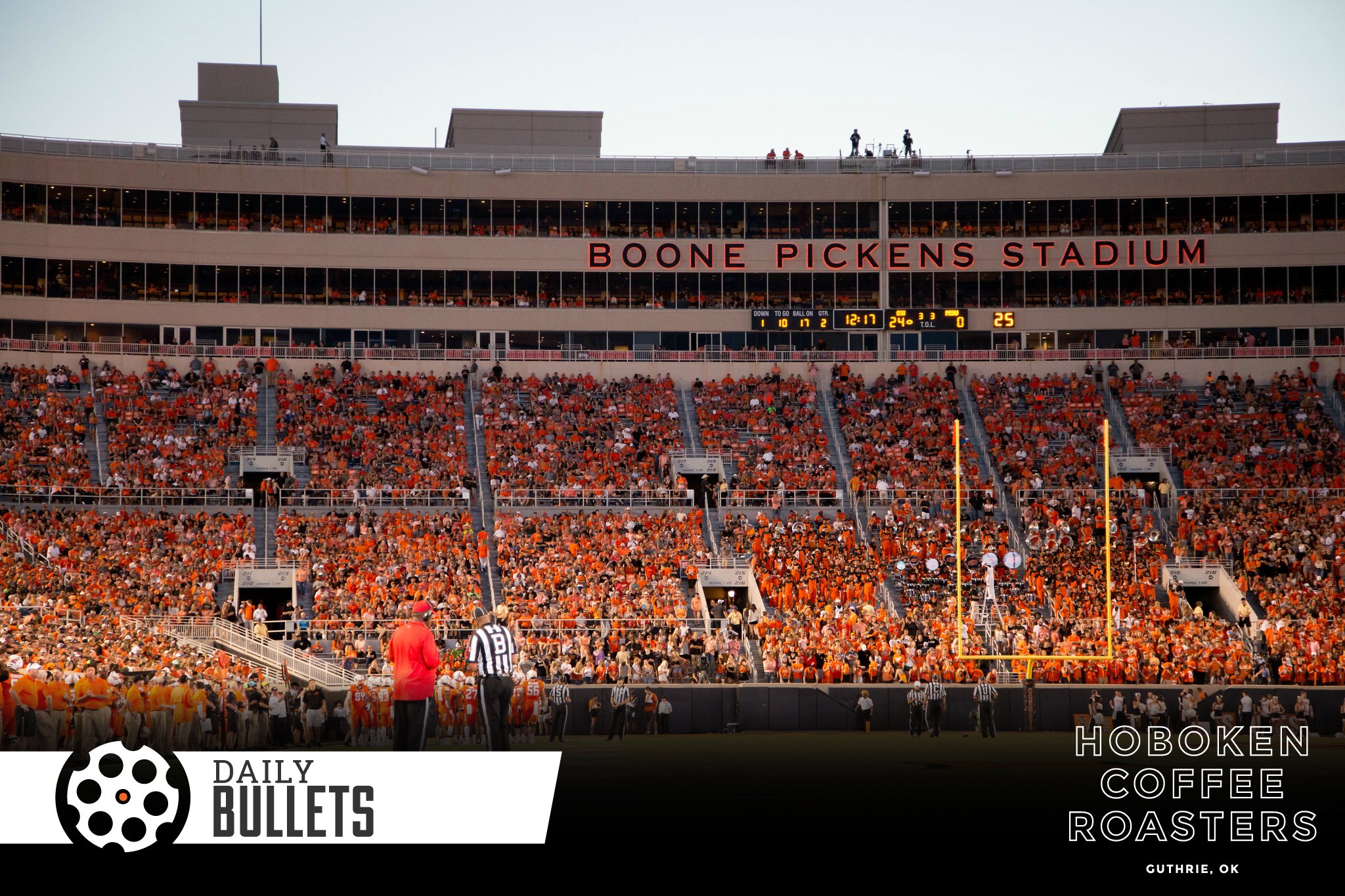 Watched “The Highwaymen” last night – Harrelson and Costner were great. I’d recommend catching “Bonnie and Clyde” then seeing it.

• Ragusa breaks down Boynton’s grad transfer
• OSU in line to host a regional?
• Bobby A. with some non-con ideas

Laurent averaged 9.5 points, 5.0 rebounds and 1.5 assists in 22.7 minutes per game. After attempting a total of 40 3s and making just 25 percent of them in his first two years at Rutgers, Laurent took 70 shots from distance and knocked them down at a rate of 46.7 percent. He also improved his free throw percentage from 72.5 percent during his time with the Scarlet Knights to 85.7 percent at UMass. [PFB]

If you’re an NBA fan, his offensive game sounds a bit like a Danny Green or maybe Patrick Patterson (with tread on the tires). He’s a capable shooter that struggles with consistency.

• So coming off the weekend sweep of the Beavers, where are OSU’s hopes of hosting a regional?

The Cowboys swept Oregon State, the defending national champ and the nation’s No. 2-ranked club at the time. And look at them now, rising all the way to No. 12 in the RPI – hosting zone – and maybe even holding some breathing room with two Big 12 series left to play. [GoPokes]

• Bobby A. had some ideas for football non-conference scheduling in the future – two of the three I’ve pulled are great ideas.

Michigan State – The school is very similar to Oklahoma State and I think would make a great future non conference rival. I just think it is a great fit.

Northwestern – It’s Chicago and Pat Fitzgerald, the head coach of the Wildcats was once Mike Gundy’s GA when Gundy was coaching at Maryland. [GoPokes]

I like to play the game of who’s most like OSU in other power five leagues – Michigan State, Mississippi State, Virginia Tech, and Oregon State (the worst comp) tend to be where I land. Chicago in September sounds fantastic (Cubs game, anyone?) and Michigan State would be a fun matchup. I don’t need to address the feasibility of Notre Dame coming to Stillwater, right? The definition of a lose-lose game for a blueblood and OSU wouldn’t likely bring enough fans on the return trip.

• A member of the title-winning 1945 team passed away recently.

• I enjoyed this TCU pounding more than the 2015 drubbing in Stillwater.

• Interesting take on “Slack” and the diminishing returns of technology

• Carlson on Presti and Thunder fan expectations was good