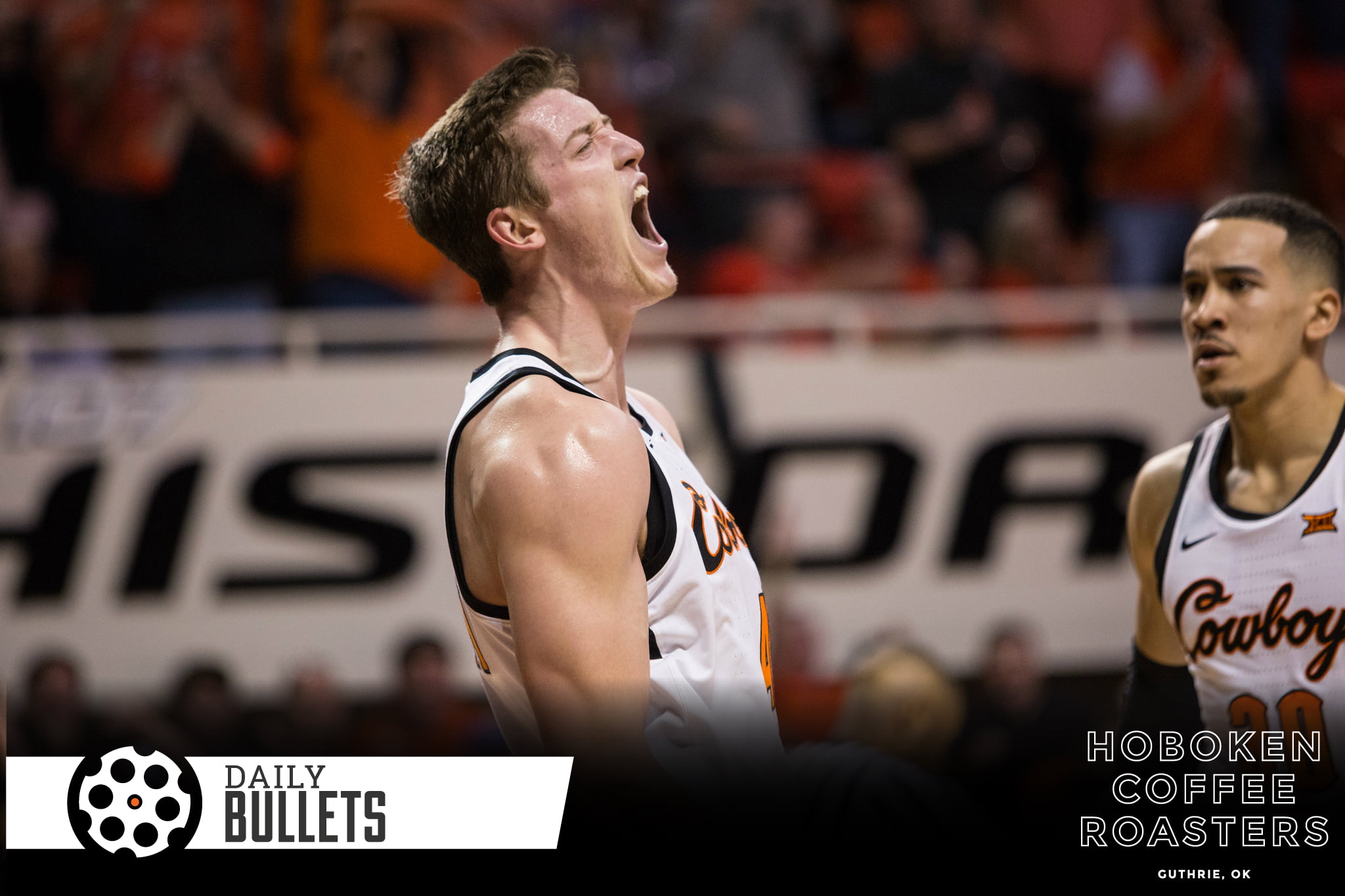 Good morning. We are doing a little “what we’re thankful for” series today, which I hope is the attitude and spirit that abides at your Thanksgiving table, wherever that might be. I’m certainly thankful for this place — for PFB — for both the community of folks that has been built up and the collection of talent that works here. It is always at the top of my mind — how to make it better, how to improve it. Today, though, I’ll sit back and relax and just be glad for what it is.

• Berry Tramel writes about Big 12 efficiency numbers, and I agree with his OSU takes. Mike Yurcich has been weak in certain moments, but over the course of the season, he’s been really strong. Jim Knowles? Not so much.

Salute to Taylor Cornelius and Mike Yurcich. The Cowboys have produced a quality offense at the end of the day. Not quite up to the Mason Rudolph standard of the previous two years, but close. Admit it. You didn’t see that coming.

Terrible defense. The Cowboys were down in the .300s under Glenn Spencer. I like Jim Knowles and maybe he’ll pan out, but Mike Gundy’s decision to fire Spencer for now looks shaky. [NewsOK]

• I’m sure Steven already linked this Les Miles story by Bill Haisten, but my biggest takeaway (by far?) is that Les made less when he started as the head coach at OSU than Kasey Dunn does right now #amateurathletics.

When Miles became the Oklahoma State head coach in December 2000 — at an annual salary of only $400,000 — there had been 11 losing seasons during the previous 12 years. [Tulsa World]

• I love that Mitch Solomon has become a touchstone for all kinds of comparisons across OSU sports but especially within hoops.

Solomon is still on campus as he completes his mechanical engineering degree, so he and Demuth have been able to get together from time to time. Having watched several OSU games last season as a commit, Demuth is flattered by any comparisons to Solomon.

“Mitch was a special player, man,” Demuth said. “It’s just even an honor man to be in the same sentence as Mitch.” [NewsOK]

Pokes play at 2:30 today, by the way, and have already arrived in Orlando where Kentrevious Jones took this great photo.

Also, how many photos has Little Country take in this exact pose? Over or under 999.5? 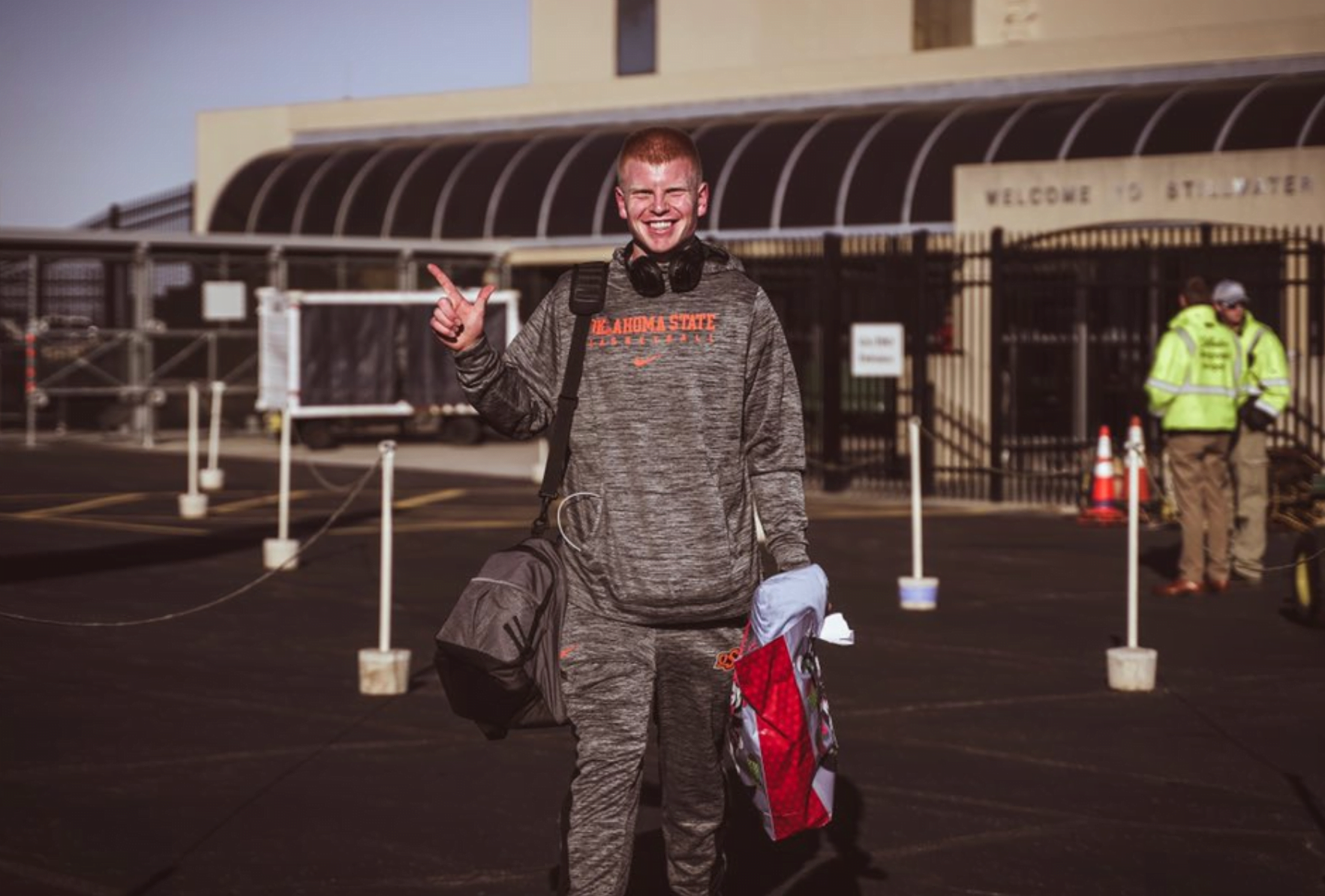 • Apropos of nothing, but sometimes Yurcich is a phenomenal quote. I enjoyed this one about our Canadian overlord, Chuba Hubbard.

“I was just holding my breath that one of those times he’s going to make that free guy miss and take it to the crib because he’s got that electric speed,” offensive coordinator Mike Yurcich said. “He’s got that extra gear that he can go and take those runs all the way to the end zone.” [Tulsa World]

• Terry Gross on the art of conversation is all the ?.

The beauty in opening with “tell me about yourself” is that it allows you to start a conversation without the fear that you’re going to inadvertently make someone uncomfortable or self-conscious. Posing a broad question lets people lead you to who they are. As an interviewer, Ms. Gross’s goal is to find out how her subject became who they are; as a conversationalist, make that goal your own. [NYT]

• Wait, do we actually have too little friction online these days? I’ll listen to or read Ezra Klein on anything, but I’ve been especially intrigued lately by his pull toward less social media and less speed.

But as I look around today, I find myself yearning for a bit more of the friction of yesteryear. Twitter is almost perfectly frictionless — no editors, no formatting, built for instant reaction and in-group applause — and Trump is the result. YouTube, with its recommendation algorithm automatically directing us to more extreme content, is a powerful force for radicalization. Cable news is fast, reactive, competitive, and thus sensationalistic, tribal, and conflictual. [Vox]