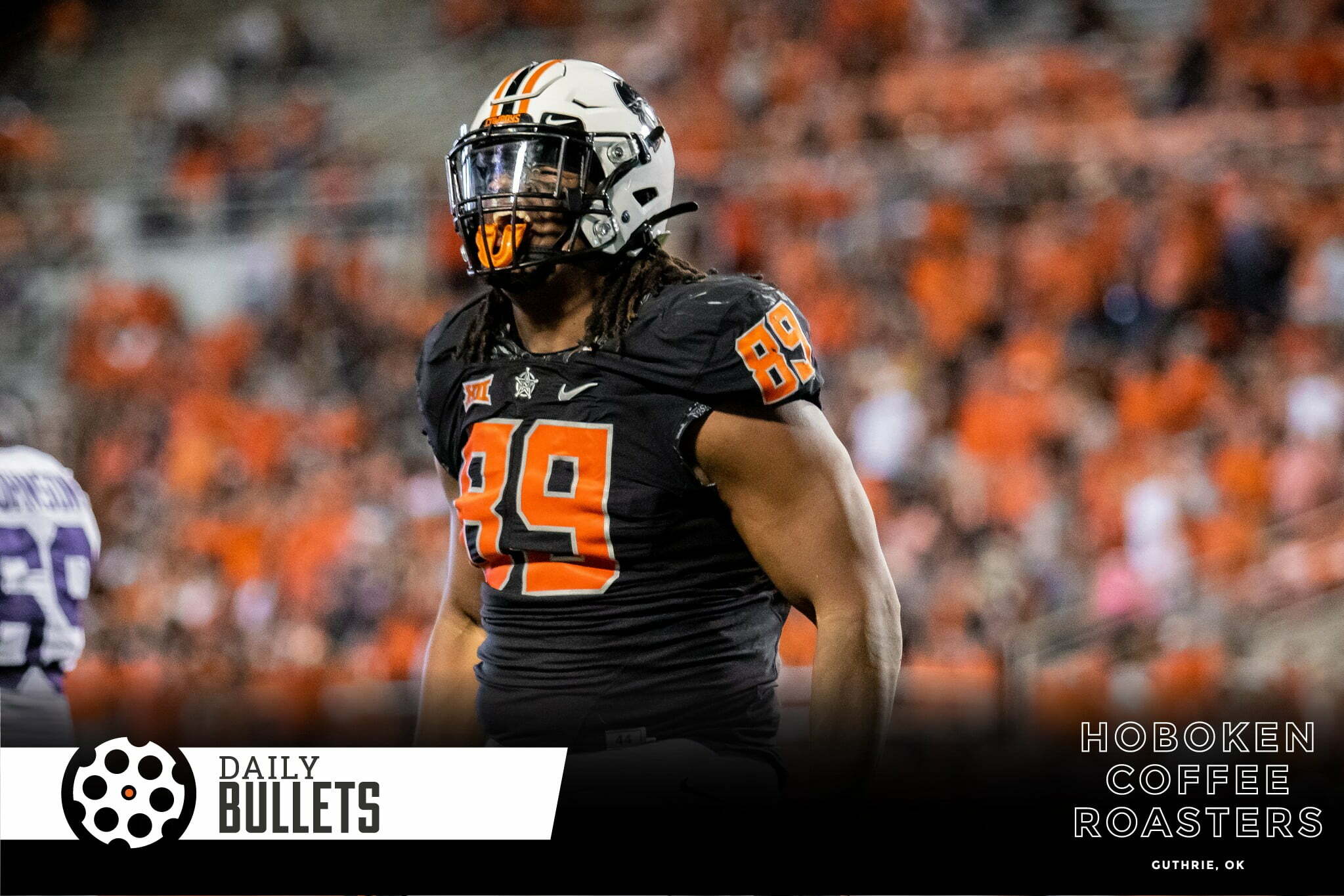 • This is awesome – Gus Johnson, Joel Klatt, and Co. will be on the call for Saturday’s game in Austin
– Free note: I’m going to miss watching OSU play Texas a million times more than playing Oklahoma

• Viktor Hovland is one of the young guys with an inside track to be the No. 1 golfer in the world

• Good news, bad news – ESPN looked at the flaws of CFP contenders and OSU was included. Bad news: they pointed out the offense isn’t anywhere near championship-level

• Everything Mike Gundy had to say at his weekly media luncheon

• Peyton and Eli Manning’s nephew will be at the OSU game in Austin Saturday: