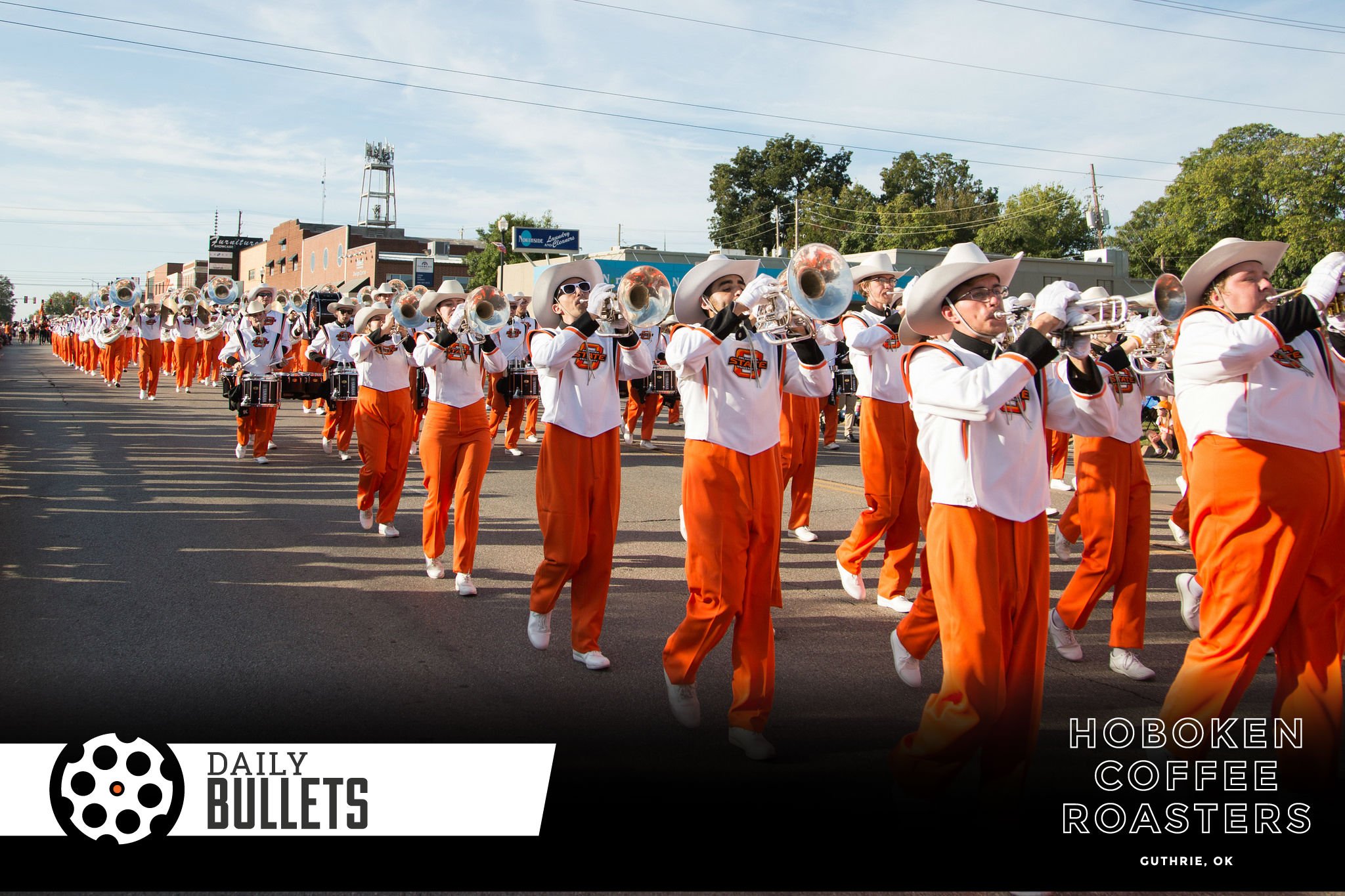 While the chorus of “give Justice the ball” could solve plenty of issues, there are multiple verses to the song. Passing the ball to Justice Hill could be one of the best things to happen to this stagnating offense.

•Hill would get to operate more often in open space. He is shifty and elusive, not battering and punishing, and with an offensive line that hasn’t blocked consistently and a passing attack that hasn’t commanded as much attention from defenses as years past, finding room to run after taking a hand-off in the backfield has often been darn near impossible.

•Short passes to Hill would get the ball out of the quarterback’s hands quicker. Again, those offensive line woes could be mitigated a bit with short-but-quick passes.

•Cornelius has been hit and miss on the deep ball, but when dinking and dumping, he’s been solid. Throwing more short and intermediate passes to Hill would play to the quarterback’s strengths. [NewsOK]

While news of the throwback uniforms spread like wildfire yesterday, the surprises don’t appear to stop there.

Williams expects that jolt of excitement to last throughout the week. He thanked coach Mike Gundy; athletic director Mike Holder; deputy athletic director Chad Weiberg; OSU’s communications staff; fellow equipment staff members Len Magby and Matt Hoelting; their student staff; and Nike representatives Greg Young, Brandon McLemore and Brad Sieveke for not only helping to bring the uniforms and the announcement together, but also keeping them quiet. He thanked Sanders, too.

Williams’ staff prides itself on secrecy, so he wouldn’t expand when he said more news was to come.

“This is gonna be a weeklong deal, and there’s gonna be more to this,” he said. “This is the start, but it’s gonna be a fun week for homecoming. I think there’s more surprises to be had.” [NewsOK]

More impactful – Barry starting in the backfield on the wrong side of age 40 or the Josh Henson having his choice of the War Pigs?

Player compensation lawsuit could spin a new round of conference realignment….Get your OSU Barry Sanders jersey for $100….Ugliest uniforms worn by Power Five football teams….Texas’ QB appears to be uncertain about status going into OSU game

Ain’t just Spencer’s mama who wants him to play, Mike.

Gundy was asked about a player's mother's (Spencer Sanders) tweet last Saturday against Kansas State. "Every mama loves their boy and they want him to play more or get more catches or get more carries, or whatever it may be. … Now you have a way to make it public."

#TCU has had a lot of good days/years lately. Today isn't one of them, on the heels of 4 losses in 5 games

This was one of the crazier endings in CFB lately.

OK, FINE. Here's the full breakdown of how ODU beat WKU in the weirdest of circumstances pic.twitter.com/SKkzjaYJqp

Okie State: Hey, can we copy your homework?
Texas Tech: Sure, just make sure to change it a little bit so it’s not suspicious
OSU:#XeroxState pic.twitter.com/lfwnR8bHUW

Homecoming is hard for some, a neat setup here to remember.

Come honor the lives lost and forever changed after the 2015 homecoming parade crash.

The memorial ceremony will take place at 5 p.m., Oct. 26, at the corner of Hall of Fame and Hoke Street.

How the Cold War gave us GPS