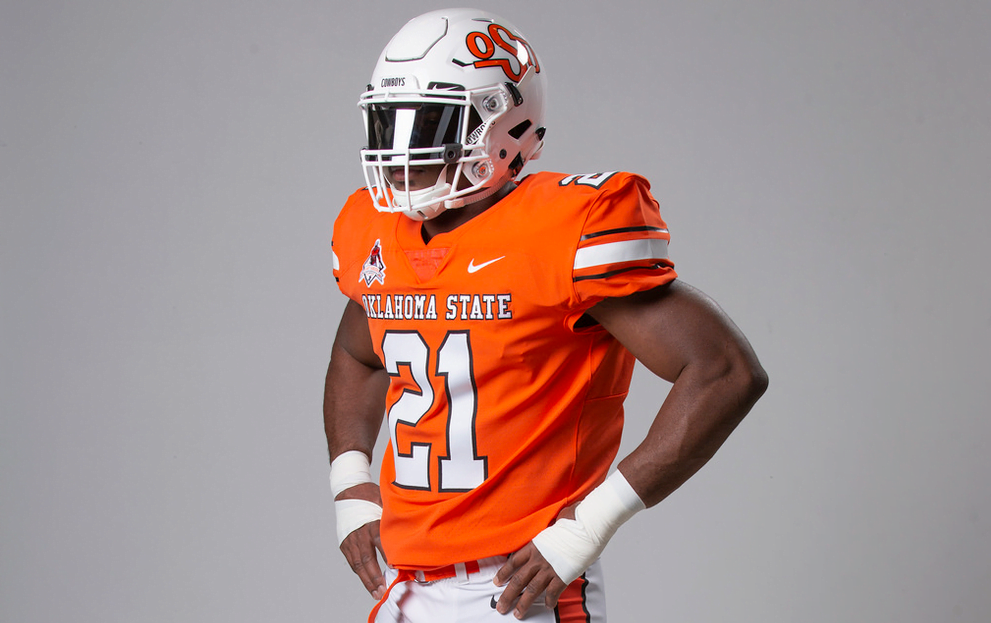 It’s been rumored for years that OSU may throw its uniforms all the way back to the late 80s for homecoming to pay homage to the G.O.A.T. running back of our generation, Barry Sanders. OSU made that rumor a reality on Monday by revealing throwback sets on its Twitter account.

They are absolutely, positively beautiful.

As Nike announced in a statement in conjunction with the release, the uniforms honor the 30th anniversary of Barry Sanders’ legendary 1988 season. Here’s more on it from Nike:

The look, highlighted by a classic orange jersey built on the Nike Vapor Untouchable chassis, will take center stage when the Cowboys play Texas at Boone Pickens Stadium, a theater in which Sanders found glory and experienced firsthand the building of a fervent community around college football.

Barry Sanders will be at Oklahoma State this weekend as the Pokes take on Texas for homecoming, as he’ll serve as the grand marshal for the homecoming parade.

“It was like two different worlds between college and the pros,” Sanders said in a statement. “The fans and the players, they’re like one. Being in college, you feel like you’re more a part of the community. It was certainly like that at Stillwater.”