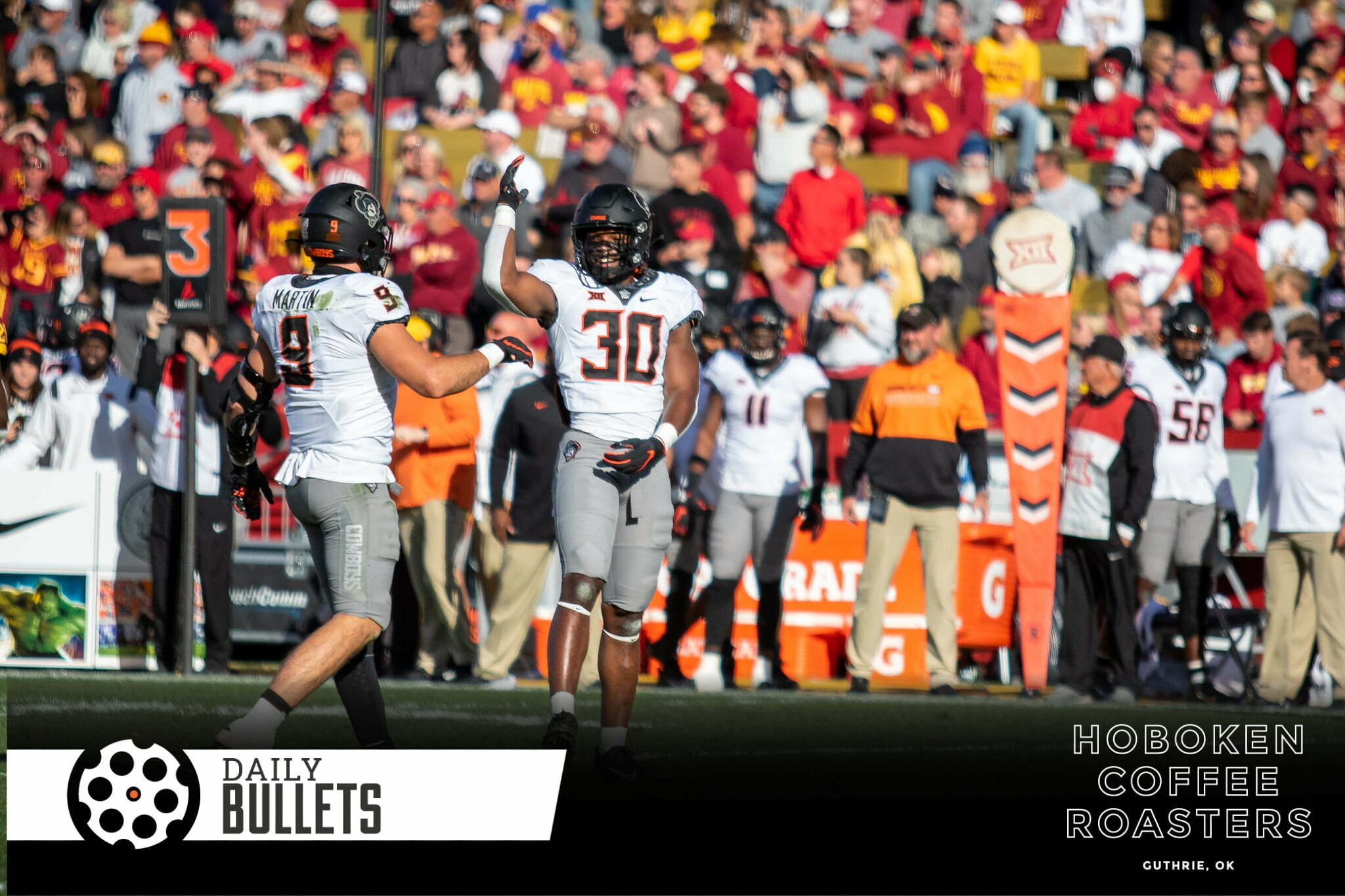 I hope your homecoming week is starting off well!

• Fun detour from football – a college basketball analyst seems to be pretty sure of himself projecting this five-star recruit from DFW will commit to the Pokes.

I’ll take Anthony Black to eventually land at Oklahoma State. In my most recent conversation with the five-star guard, he mentioned that he sees himself as a similar player to Cade Cunningham and liked how Mike Boynton let him play last season in Stillwater… Before long, I think you’ll see Black on Oklahoma State’s commitment list.

• Carson and Colby recap the tough loss in Ames

• Not OSU-related but Texas Tech fired their football coach yesterday, no Cowboy assistants rumored to be in the running to replace Matt Wells