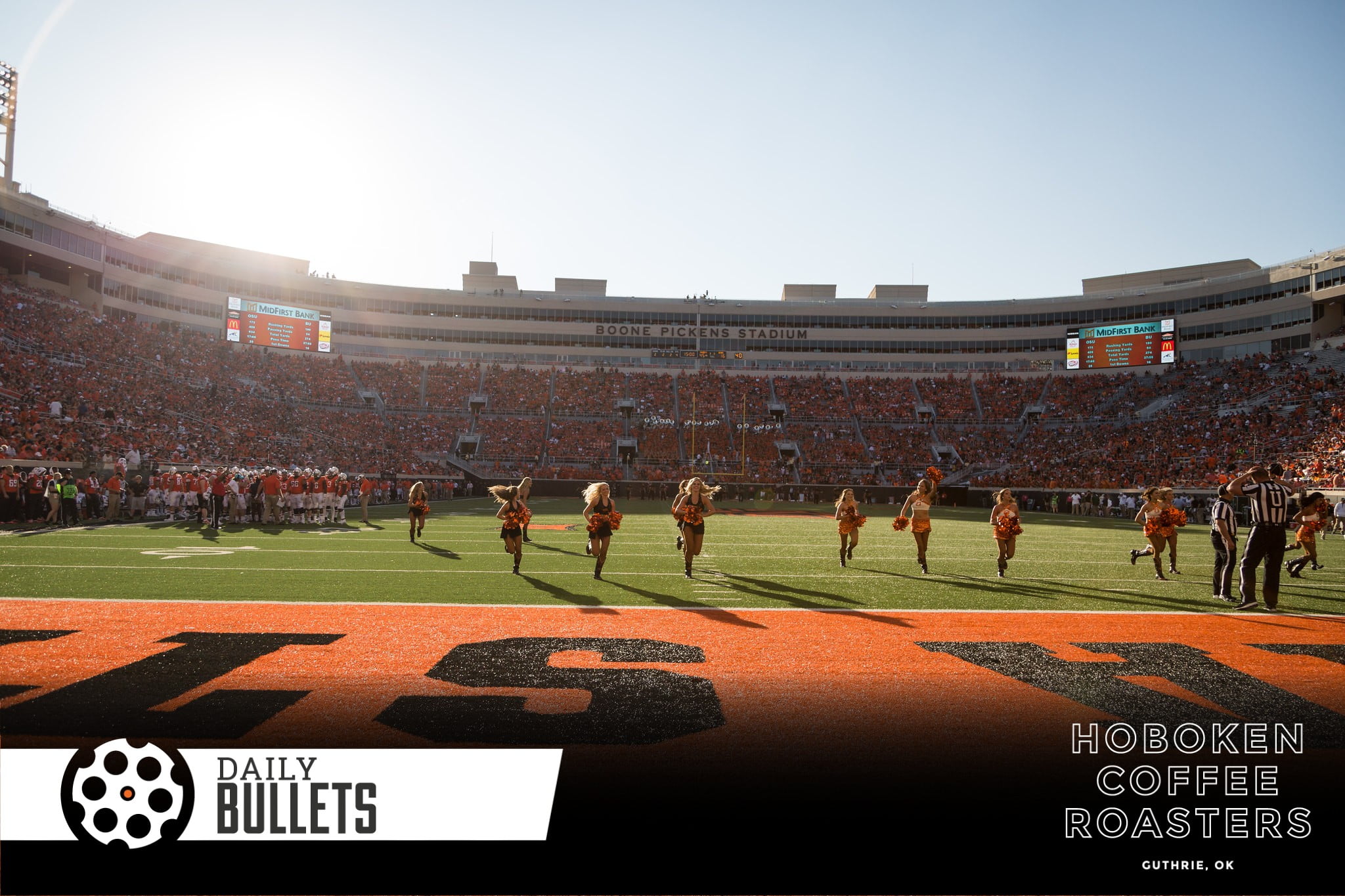 It’s a sad day in Cowboy country as we remember the “ultimate cowboy”. It’s not an exaggeration to say everyone associated with Oklahoma State is better off because of what T. Boone Pickens did.

• In my (biased) perspective, this was the best piece I read yesterday commemorating Mr. T. Boone Pickens. Enjoy this phrase that summed up his positive impact well but do yourself a favor, take a few minutes, and read the rest.

Pickens was wealthy, for sure. He made and gave billions and once piped that he was “put on earth” to make money and give it away. It’s a hell of a justification for your own existence. [PFB]

• The TulsaWorld’s Bill Haisten helped quantify the impact of Mr. Pickens on the program in a pretty tangible way.

For last week’s home opener at Boone Pickens Stadium, the opponent was McNeese — a Louisiana school that competes at the FCS level. Not so long ago, for a game like McNeese-OSU, there would have been a crowd of 30,000 at Lewis Field.

At Boone Pickens Stadium last week, there was a sellout crowd of more than 55,000. [TulsaWorld]

• Let’s catch up with our old friend Jalen McCleskey and hear about how things are going two games into his senior season at Tulane.

McCleskey left OSU with 167 catches (sixth on the all-time list), 1,865 receiving yards (13th) and 17 touchdown catches (ninth). But McCleskey had one catch for five yards against Florida International and one catch for two yards against Auburn. He was targeted 10 times total in those two games, but this is not OSU. Quarterback Justin McMillan has completed 24 of 51 passes this season. [NewsOK]

What a dream to be able to play for your dad, McClesky has every right to make that dream a reality. You hope he’s really enjoyed that because it hasn’t looked that great of a move from a football perspective. Not looking good, Cotton.

Wrap around view from the home dugout pic.twitter.com/yBZaE0mqxo

• This seems impressive – gosh this is going to be a fun offense, right?

There's one team in the country that has top-10 performers in pass efficiency, receiving yards and rushing yards…#okstate #GoPokes #SweetStat pic.twitter.com/IK0tUinSWT

• Loved these two faith-based reads: this one on being encouraged when faith is hard and this one on redemption in families was really good writing