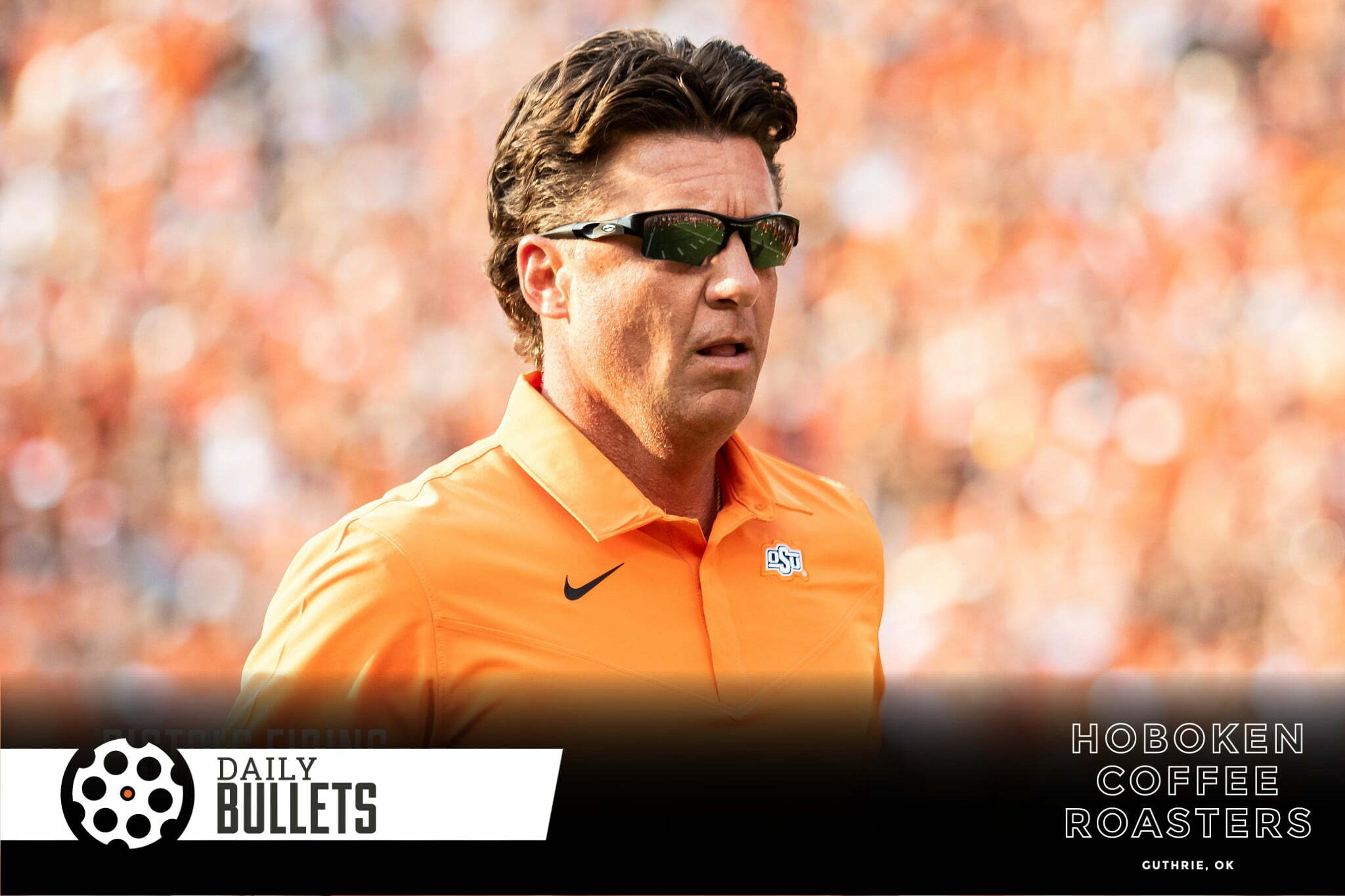 • Cowboy Wrestling is getting an incredible $1M locker room remodel

• Mike Gundy Update: SI reported that Gundy talked with Florida twice in 2017 about their coaching job. Also, Gundy received 25-1 odds that he would get the USC job
– Gundy has the same odds that former USC coach Lane Kiffin hasand it’s publicly perceived that there’s no way Kiffin would ever get the job again

• Something that’s a win about the four teams the Big 12 is adding? Lots of eyes in markets where nobody watches OSU currently.

Each brings new television markets with “viewership in different locations that we’ve never been in,” Gundy said.

• The offensive line is a work in progress – what’s being communicated is there’s not an offensive strength: young wide receivers, inconsistent QB, a line with a starter out and guys are out of position

• How the Pokes in pro football did this week

• Outside of Florida State at Jerry World the Pokes haven’t exactly walked Murderer’s Row on the road (at Oregon State, at Tulsa, at South Alabama, at Pitt, at Central Michigan) but six-straight on the road is a number that’s fun to cheer for: