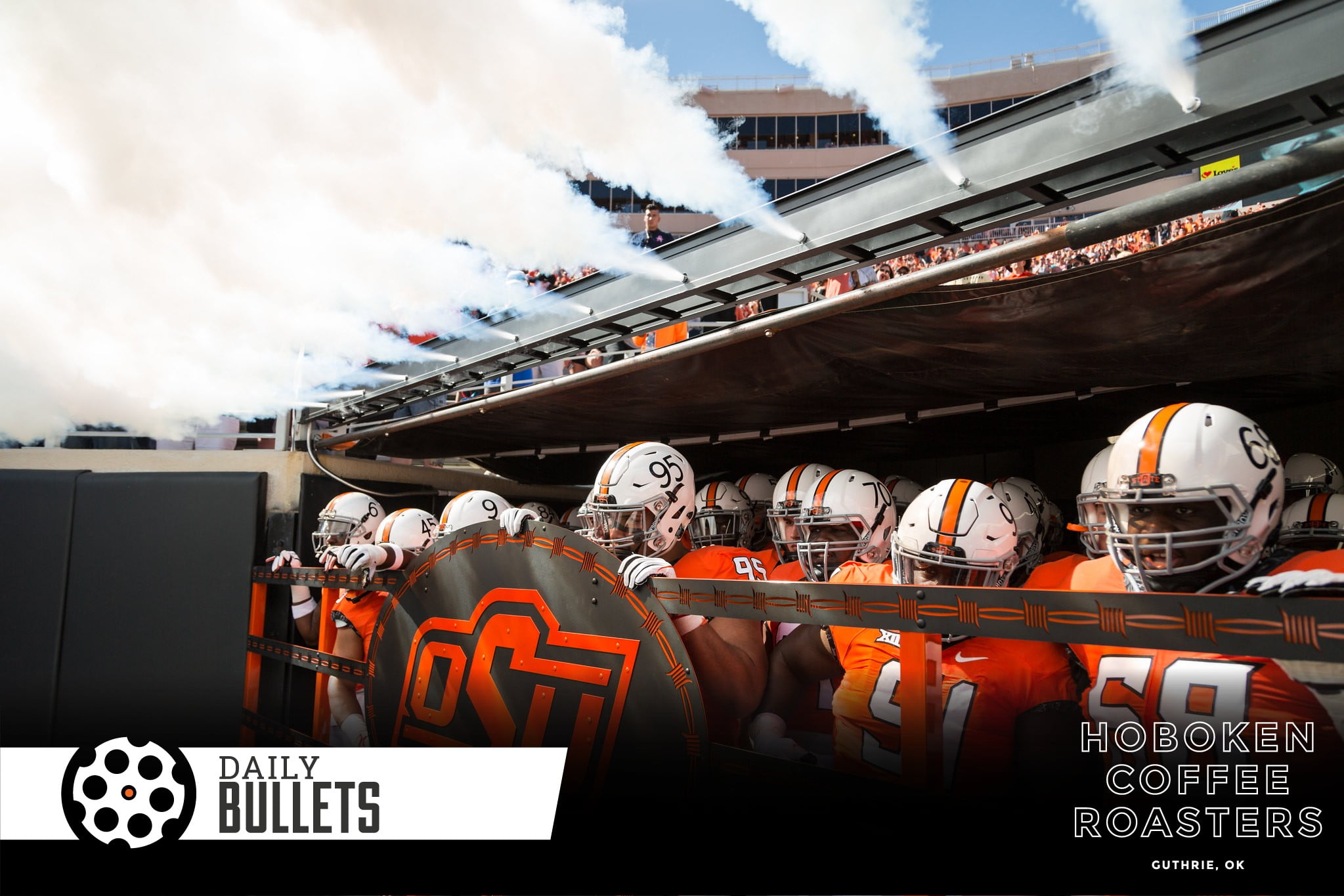 In case you needed any help getting more excited – enjoy this pump-up video for today’s game with a familiar voice.

• One key to the game TODAY is watching this matchup for the Cowboy corners (Rodarius Williams, Christian Holmes, and Jarrick Bernard-Converse):

All three of those guys are probably pretty positionally sound, solid “don’t get beat deep” cornerbacks. If Tulsa is going to win they need to repeatedly test whichever one draws Keylon Stokes. If they stay over the top then throw comebacks, dig routes, curl routes, whatever. Hit a couple of those and then work double moves and try to win deep. [InsideTexas]

Alternatively, the Golden Hurricane appear to have their hands completely full of NFL prospects like Tylan Wallace and Tay Martin.

• Five Pokes made the cut at Winged Foot for the U.S. Open this weekend – it’d be a blast to watch Wolff have another competitive Sunday at a major.

5️⃣ in the field. 5️⃣ into the weekend! #okstate | #golfschool pic.twitter.com/MChMth8UAI

• Quote from TU right tackle after the below play: “I really don’t want to see Trace Ford ever again.” (probably)

• Some teams (notably BYU) have been relatively healthy but soft on the field… Gundy has taken a different approach in practice with some heavy physicality.

“There’s been a level of how physical teams want to prepare, what your limitations are based on the virus, back and forth,” Gundy said. “So we’ve tried to push forward, dealing with the emotions of the players, and continual practice to no games has been much different, but we push hard and continue to do everything we can to try to get our players in a position to where they can play an uptempo, physical game to start the season.” [NewsOK]

• Do you want to go to the game today? Here’s a link to buy single game tickets for $75 (OSU sent it to me as a season ticket holder).