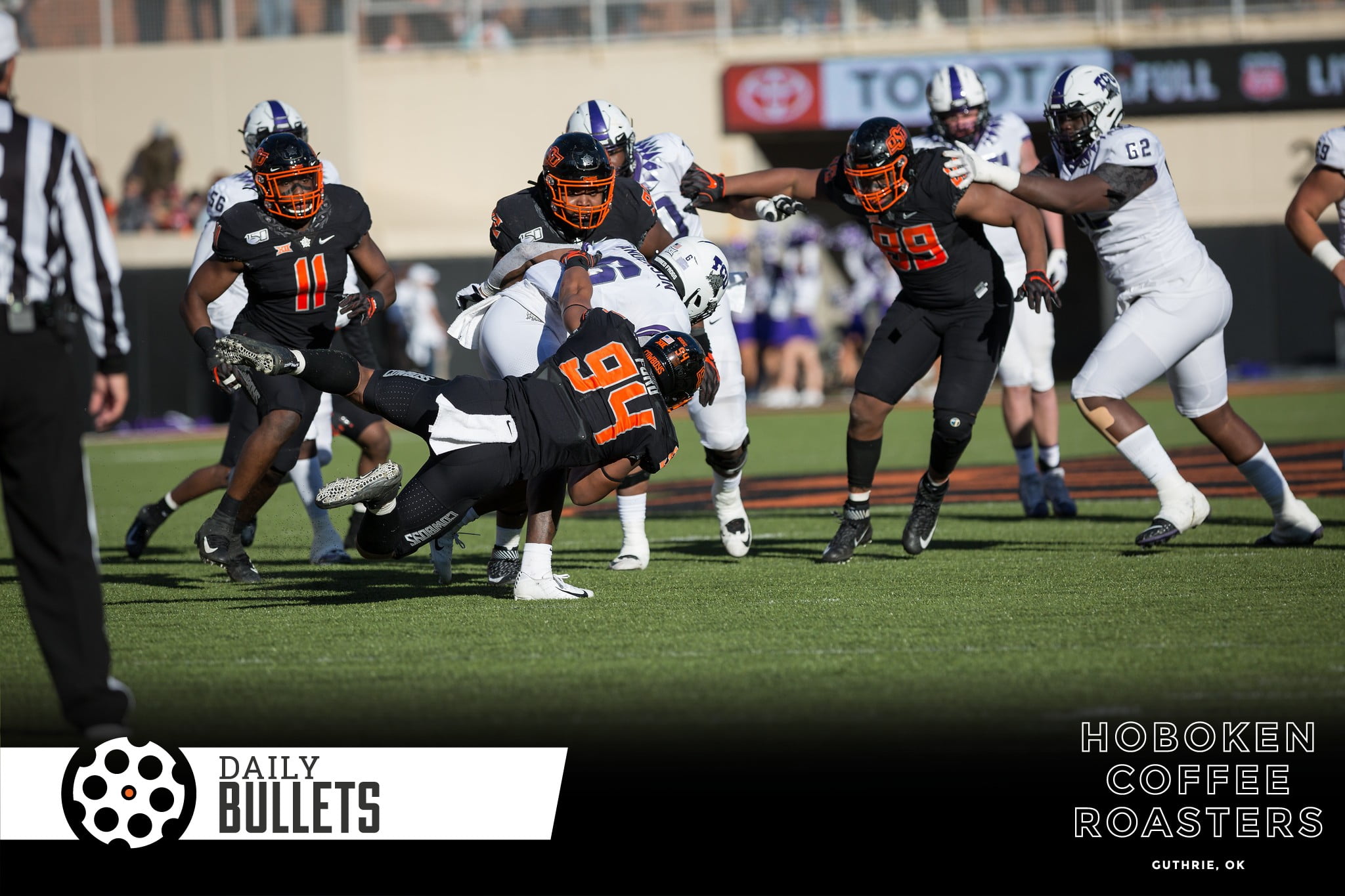 A very happy eighth anniversary to Mrs. Bullets – I could build a pretty good argument that being married to me should be measured like dog years, can’t thank you enough for saying yes.

• This was the number that stuck out most over the weekend: how the Cowboy defense was just breathing down every backfield players neck.

• Would have never guessed Kansas was OSU’s second-most frequent opponent:

• This SI piece on Mike Leach’s offense setting Tiger Stadium on fire was great
• The Athletic’s ($$$) John Hollinger proposed trading (among other pieces) CP3->Ben Simmons… No way it happens but super fun thought.
• 300 words on how the Old Testament sacrifices symbolize things was v. good (faith-based)