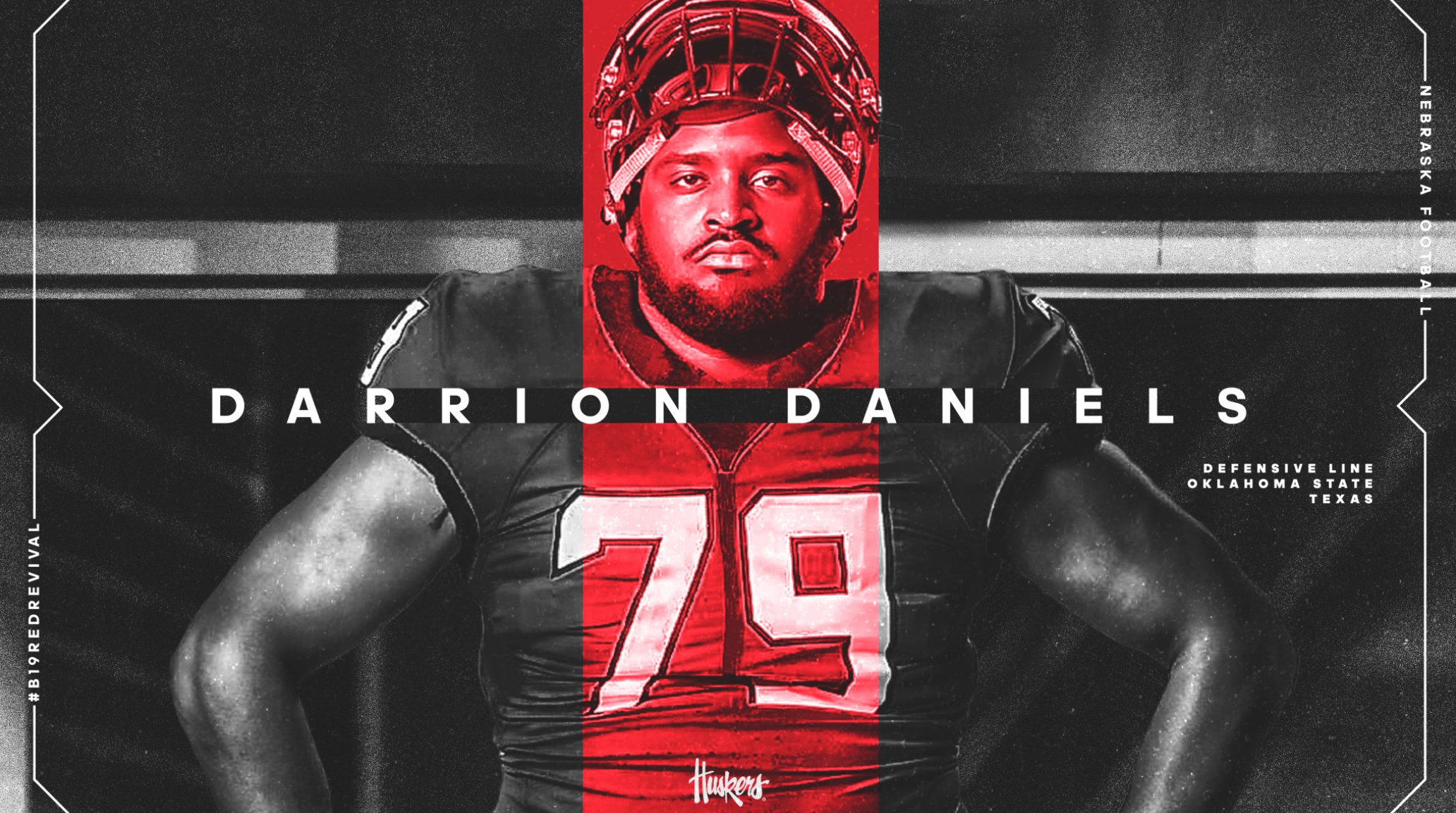 The exodus is nearly complete. J.D. King and Justice Hill are exiting the backfield. Larry Williams is skipping the Liberty Bowl. Jordan Brailford is skipping his senior season. And Jalen McCleskey and Darrion Daniels are moving on to new schools.

McCleskey showed off his new gear with his pops this week, and Daniels was officially introduced by Nebraska for the 2019 season.

Darrion Daniels joins Nebraska as a graduate transfer after earning his degree from Oklahoma State. Daniels, who will have one season of eligibility with the Huskers, joins his brother Damion, a sophomore, as members of the NU defensive line. [Huskers.com]

Darrion, who was injured early in the season and will get a redshirt for what would have been his true senior year, seems genuinely excited to play with lil bro Damion, who had 12 tackles in 12 games as a redshirt freshman defensive lineman in 2018. The brothers together total 12’5” and 660 lbs.

“I’ve been healing very well,” Darrion, who was out with a finger injury in 2018, told Husker Extra. “I should be full-go way before the season takes off. Playing with my brother again on this stage and level is a dream come true.”

“I’ve had my fix of a great school to play at, a good fan base, good competition, a big stage and playing on prime-time TV,” Darrion said. “The only thing that was missing is playing with my brother.”

The exit of Daniels is one of several defensive lineman who won’t be back in 2019 (for various reasons). In fact, all six players who started games on the defensive line for OSU this season will be gone in 2019. That seems not great!

And part of this is because of the new-ish transfer culture that has started to take a foothold in CFB. One that Gundy is not a very big fan of but will probably end up using in 2019 and beyond to replenish his defensive line. That is, if there are enough spots for it.

“There are 1,200 kids (on the transfer portal),” said Gundy, noting that OSU will certainly attempt to use it in 2019. “It’s a major recruiting service now.”

Daniels’ loss is a big one for the Pokes in 2019. Not as big as Justice, maybe, but more unexpected and probably a little bit more frustrating. It’s understandable why he’s heading to Lincoln to play with his little (“little”) bro, but it’s yet another hole to plug on a 2019 defense that already has a lot of them.