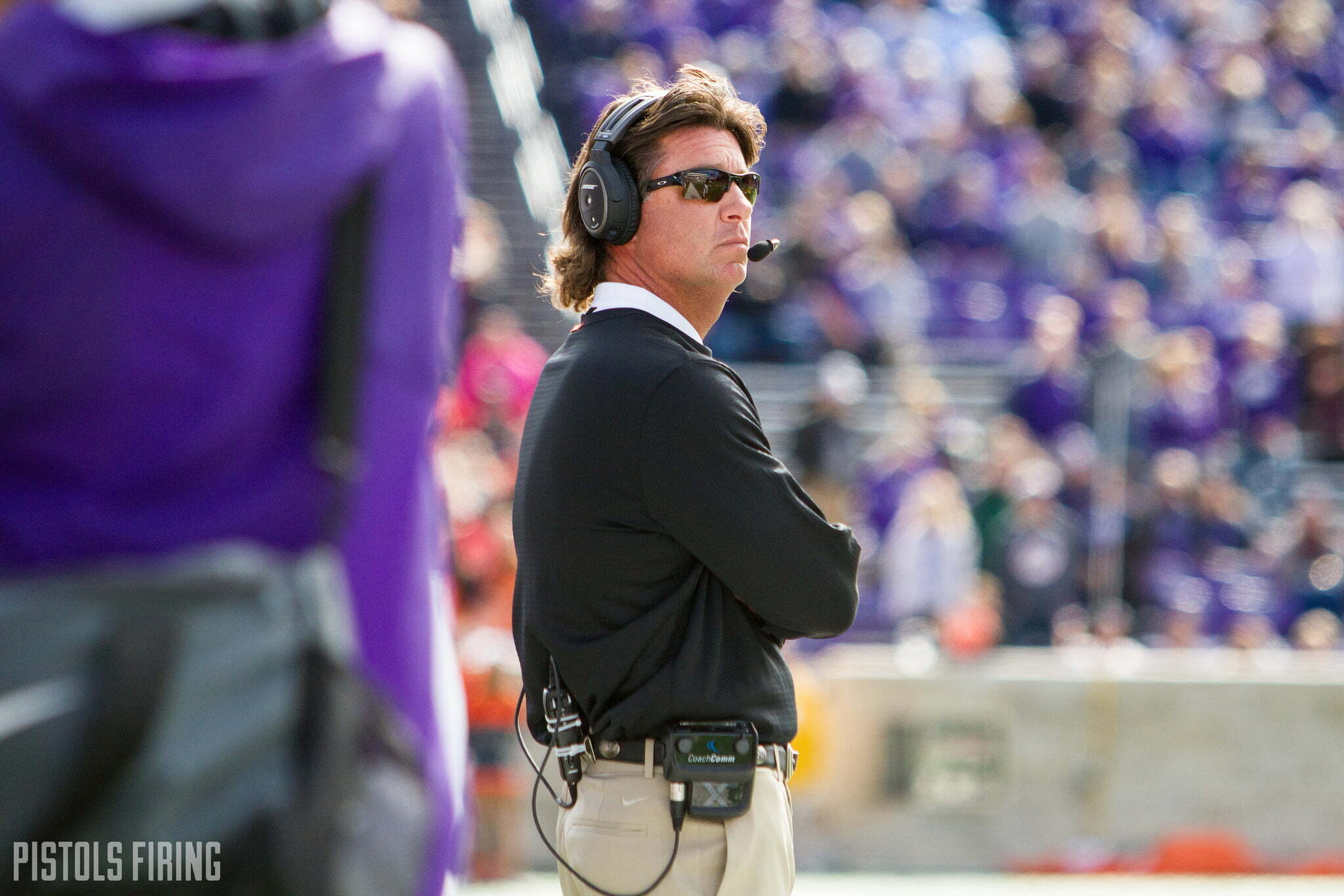 The recent — and what some might call rampant — trend of college football players transferring has become a lightning rod issue around the country, and no place more so than Oklahoma State. Mike Gundy has made no bones about his dislike for this latest craze, and the subject was broached again last Wednesday during his early signing period press conference.

But this time around his message came across much less provoked and much more proactive.

Gundy posited amendments that he felt should be made to the system, and looked at ways that he and his staff could take advantage of what could (and should) become a valuable asset for programs like his.

Briefly, that change — which was voted into place by the NCAA’s Division I Council this past summer and went into effect in October — prevents schools from blocking a transfer by a student and it provides a national database which allows players to make themselves available to be recruited by other schools. It also ramps up the punishment for schools attempting to tamper with students outside of the system.

That “portal” as Gundy calls it, opens up the lines of communication between players and prospective school suitors, something he foresees being whole new opportunity for the Cowboys.

“You have to start working that now,” said Gundy. “(There will probably be) another recruiting service and office just for portal recruiting, based on high school and junior college recruiting. So we’re just going to have to play our way through it and see how it all falls. It’s new for us.”

It’s new for everyone, but looking to transfers to fill in voids in his depth chart is nothing new for Mike Gundy. As much as he may denounce those who look elsewhere from Stillwater, he has taken in his fair share of transfers who were looking to make a change themselves. Many of those have been graduate transfers like Lenzy Pipkins, Tyler Patmon, Adrian Baker, etc. But look no further than OSU’s second-leading receiver this year Tyron Johnson who transferred from LSU following his freshman year.

Maybe Gundy accepts these incoming players as a necessary evil in the world we live in. If they’re going to leave, why not welcome others in, especially if they fill an immediate need or can help you win.

One gripe Oklahoma State’s CEO has is, what at least he perceives, an oversight by the council when the change was made — the rigid 25-scholarship limit per year that doesn’t account for those who may leave early or exercise their right to transfer.

Counting late-Wednesday addition Langston Anderson, OSU added 20 players to its 2019 class on the first day of the early signing period. But the math doesn’t add up according to Gundy.

Gundy said on Wednesday that he has 29 players to replace. Not to mention the fact that OSU has added two players from last year to this class. The math gets tough.

Worth noting: Mike Gundy clarified that Dru Brown and Kemah Siverand count toward this year's numbers. So while #OKState signed 19 today, it's at 21 for 2019. Four spots remaining. #okstate

“The NCAA is going to have to adjust the rules,” said Gundy. “They’re going to have to get rid of the initials. Gonna have to go to just 85 scholarships, cause you can’t keep losing 3-4 kids a year based on the vehicle they’re using for young men to transfer. So once they wanted to put that in place, I’m good if that’s what they wanna do. But they have to adjust it along the way.

“They got a little ahead of themselves, in my opinion. They’re in a position now where they’re gonna have to make some adjustments really fast.”

I have to say that I agree with Gundy on this point. Make it a rolling 85-scholly limit, and leave it up to schools as to how and when they fill that number as long as they don’t exceed it.

But the more interesting question to me is how he uses this new portal into the future.

Will he, in fact, hire staff and prioritize the system as a way to excel in the transfer game he so despises? There’s plenty of special teams money hanging out in the budget. Let’s hope so, because I think this could be a niche for the Pokes, who have already been pretty prolific at bringing in nomads, and a way to supplement their sometimes subpar star ratings.