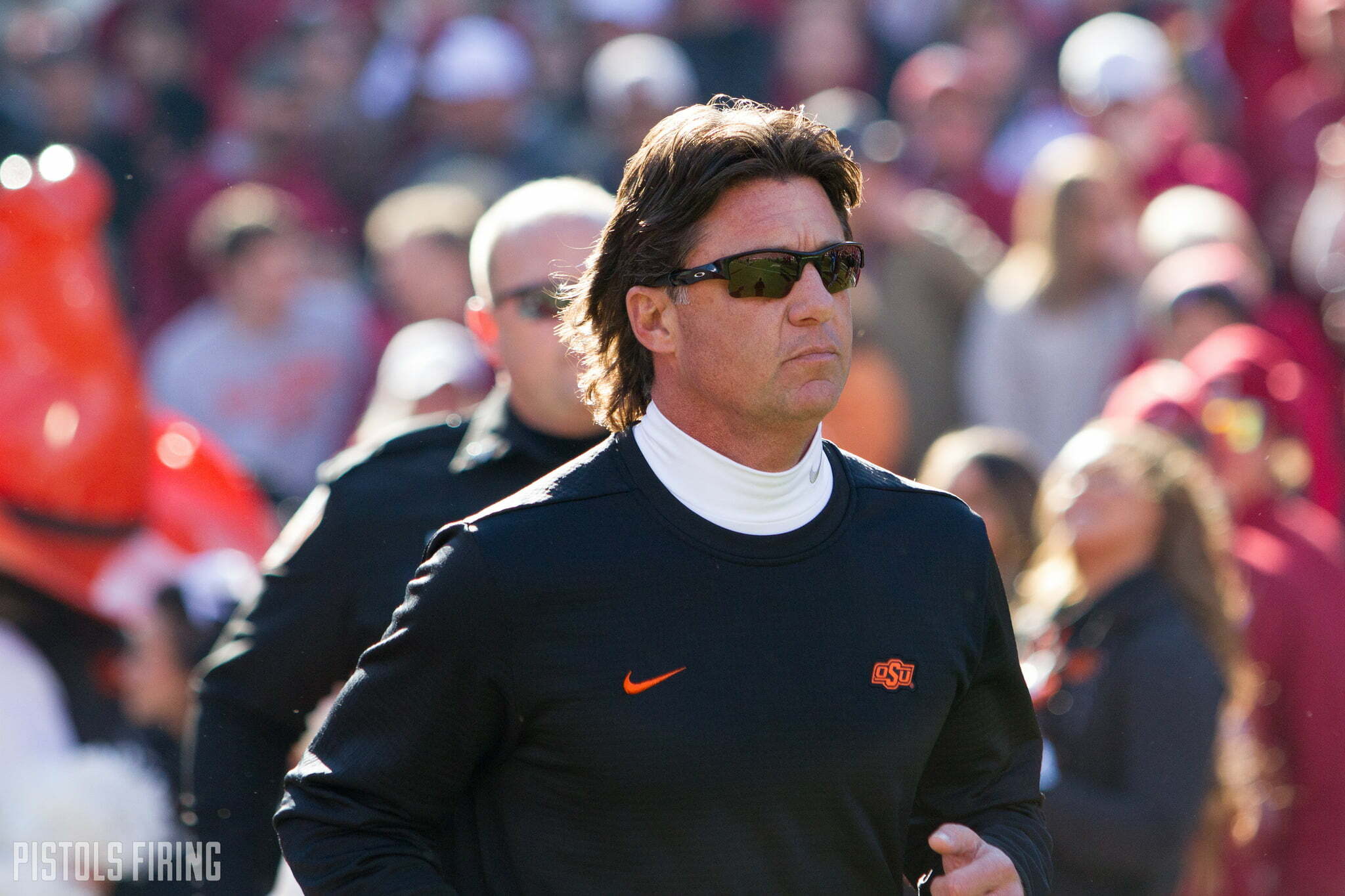 STILLWATER — It’s no secret, the Cowboys have dropped some numbers this week.

Monday morning, Oklahoma State coach Mike Gundy tweeted out that Justice Hill and Larry Williams will sit out the bowl game in preparations for the NFL Draft. That was followed by Jordan Brailford saying he would play in the Liberty Bowl, but will then enter the NFL Draft. Then came reports on Darrion Daniels transferring from OSU. Gundy met with the media for the first time since this recent wave of players leaving.

“Well any time you lose good players, it’s gonna affect your team somewhat,” Gundy said Tuesday evening. “It’s become very popular now. I hate to see that happen, but as I’ve said before, we live in a society today where things are considerably different than they ever have been before. Young people feel that there’s a better opportunity for them somewhere else, then they’re gonna make that decision to move on, so we do the same.”

Hill and Williams’ decision to not play in the bowl game has been a growing trend in recent years. Gundy said when he saw the first players skip their bowl games, he knew it was going to be something that happened with more frequency and said he thinks it will only happen more. He also said he sees a world where even players in championship games sit out when they are told how much money they could be worth in the NFL.

“The one thing that I am concerned about is the longevity of the bowls,” he said. “I would hate for it to become so popular that bowls aren’t important anymore, because I think that’s a great reward for a team. I couldn’t predict the direction, but I would hate for it to get in that area. That to me would not be a good thing for college football.”

Here is what Gundy said on the discussions he had with Hill and Williams.

“Well they just come tell you that they’re gonna go prepare for the NFL,” Gundy said. “I don’t ask them why, and I don’t have discussions with them, and I don’t try to talk them into coming back. I feel like if a young man is going to move on with his career, if I have to try to convince him to be here then in most cases, it’s not gonna be good for either side.

“Any time we’ve had a player that has done that, I just said, ‘Hey, I’m disappointed and hate to see that happen,’ because I don’t believe in that, but I respect their opinion. It’s their career and their future. It’s a very short conversation from a standpoint of what’s gonna happen from that point moving forward.”

Daniels has been injured for much of the season. A senior, Daniels played in only four games this season, meaning he can redshirt with the new rule. Gundy said it was a tough blow losing him for next season.

“We lost a defensive lineman, a 325-pounder, it’s hard for us to find those guys,” Gundy said. “They don’t grow that many of them around here. I hated to see that.”

Gundy said it was his understanding Daniels wants to go to Nebraska to play with his brother, Damion Daniels, who will be a freshman there next season. But Gundy said he didn’t know for sure that Nebraska would be his landing spot.

“He came in and said that he wanted to play his last year with his brother,” Gundy said. “A short conversation, and he had said that, originally, he wanted to be here, but he had a conversation with his parents, you could probably get in touch with him for clarification. He felt they wanted to be in location with him and his brother on Saturdays and that was one way to do it. I was disappointed, but I understand. That’s, again, that’s the world we live in today, so it is what it is. We gotta go get another one.”

Gundy said he doesn’t see transfer rules being any more strict in the future, in fact, he said he wouldn’t be surprised if it got to the point where players wouldn’t have to sit out a year after transferring.

For the time being, it puts coaches in a tough spot. Gundy gave an example of a team having 23 seniors and seven other players leaving, meaning 30 left in total. Teams are only able to sign 25 kids a season, meaning five slots are gone. Teams can have 85 scholarship players on their roster and Gundy said probably the closest he’ll be able to get that next year is 82.

“We live in a very, very, very liberal society where things like that are not gonna be debated or confronted based on the number of lawsuits that have been filed already out there in San Francisco,” Gundy said. “The NCAA’s got so many lawsuits right now they can’t even cover them all. So, young man comes in and says he wants to leave, and you tell him no, and he goes over here and files a suit against whoever, then they don’t want that battle, so that’s why it’s the way it is right now.

“And it’s not gonna change, they don’t wanna mess with it. I would not be shocked if at some point they take the one-year sit and transfer out, and players can just go from team to team.”