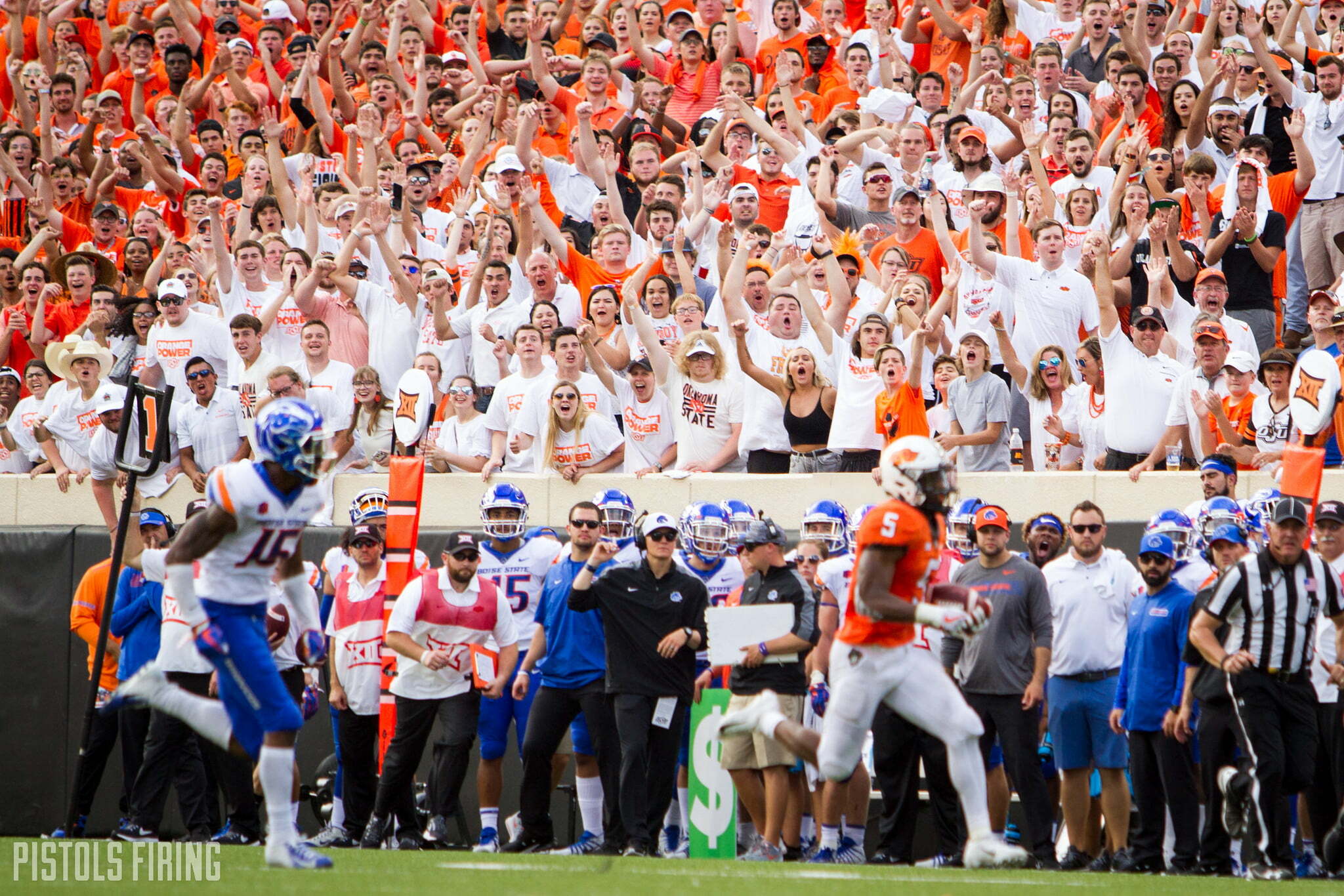 Justice Hill will not play in the 2018 Liberty Bowl for Oklahoma State against Missouri, Mike Gundy said on Monday in a tweet. He was asked about Hill’s status on Sunday evening but deferred until Monday, saying he would know more after seeing his players.

Furthermore, Gundy insinuated that we’ve seen the last of Hill in a Cowboys uniform. The language in his tweet was a little odd, but he said that Hill (and Larry Williams) “will not participate in the bowl game to pursue future endeavors.”

Justice Hill and Larry Williams will not participate in the bowl game to pursue future endeavors. We wish both young men the best moving forward. #okstate

Justice confirmed the news, saying he would enter the 2019 NFL Draft.

This should not come as a huge shock. I talked about this a little bit on Sunday in a bowl reaction video, but if you’ve been reading between the lines since the OU game — when Hill originally exited with a rib injury — this was definitely on the horizon. Gundy acted as if the injury was no big deal after OU and ahead of West Virginia, but when Hill didn’t show for the final two, it was clear something was up.

A source Kyle Boone spoke to noted that this is the direction Hill was leaning, and he’s now followed up on it and will apparently head into the 2019 NFL Draft.

“Something” turned out to be Hill shutting down his college career following that wild Bedlam game in Norman in which Hill had just five carries for 35 yards and a touchdown. The last carry of his college career was a man-sized 28-yard run in the second quarter of that 48-47 game.

Hill leaves OSU 70 yards shy of becoming just the ninth Big 12 player ever to rack up three consecutive 1,000-yard seasons. That list is short and, as you would expect, exclusive and impressive.

The three-time All-Big 12 player will leave OSU as the seventh-leading rusher in school history with 3,539 yards on 632 carries. He’s eighth in TDs (30) and eighth in yards per carry (5.6), playing behind some sometimes-sketchy offensive lines.

Hill’s career ended the way it started, quietly. He had three straight 30-yard games to open the 2016 season as a freshman before exploding for 122 yards at Baylor in a loss. He ends 2018 as a junior with four sub-100 yard games with the only one over the century mark a 119-yard performance at Baylor in a loss.

Everything in between was magnificent.

It went fast, too, didn’t it? It seems like a month ago we were saying things like, Wait, Mike Gundy is really going to start a freshman at running back with this group of QBs and receivers coming back? He did, though, and Hill was awesome. Nineteen 100-yard games, with the crown jewel coming against OU in Stillwater last season in a 62-52 loss. The best player on a field that included the No. 1 pick in the 208 NFL Draft.

That’s where Hill will now head, many records and many memories going with him. Chuba Hubbard will of course be an adequate replacement and a fun player to watch over the next few years, but No. 5 leaving is certainly the end of a specific era of offensive ball in Stillwater.

I don’t want to say there’ll never be another Justice Hill because Barry Sanders he was not, but for so long at such a high level, No. 5 delivered the goods over and over and over again. In the biggest games, on the biggest stages. He was the soul of Oklahoma State’s offensive production for three straight seasons.