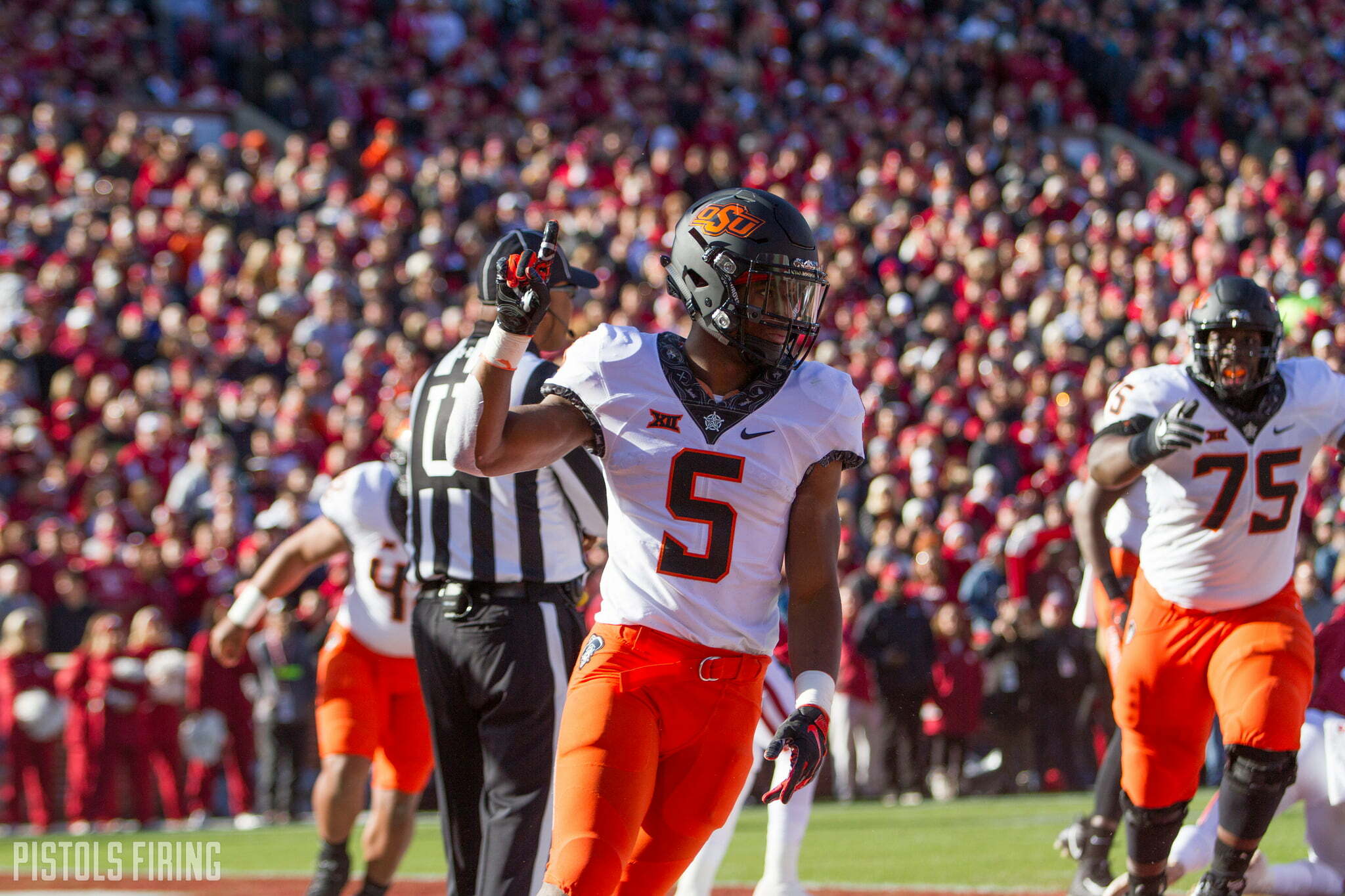 It’s a shame that after the bit of fun Justice Hill had before Saturday’s Bedlam game that he had to have an early exit.

Hill had five carries for 35 yards and a touchdown against Oklahoma before leaving with reported bruised ribs. Him getting only 35 yards also put him a bit off pace of catching Barry Sanders on OSU’s career rushing yardage list unless the Cowboys get into a bowl game. If Hill ran his career average (98.3) in OSU’s two remaining games, it would put him at 3,735.6 yards to end the regular season, trailing Sanders by 61.4 career yards.

Hill’s first quarter touchdown put him where only seven Cowboys before him have gone— having at least 30 career rushing touchdowns. Hill didn’t move up any on OSU’s all-time list, but he is within four scores of Tatum Bell and Jeremy Smith.

Hill’s yards per carry, though minimally, went up after he averaged seven yards per against Oklahoma. Hill pulled back to within .08 of Gerald Hudson, who is seventh on OSU’s all-time list.

Entering Saturday, Hill was averaging just over 100 yards a game for his career, but a 35-yard game will knock that down a little. Hill still sits fourth in OSU history in the category.

Hill exited the game two carries short of tying Tatum Bell for sixth on OSU’s all-time list. It would take another 74 carries to catch Kendall Hunter, which would be unlikely considering Hill has gotten only 15.8 carries a game this season.