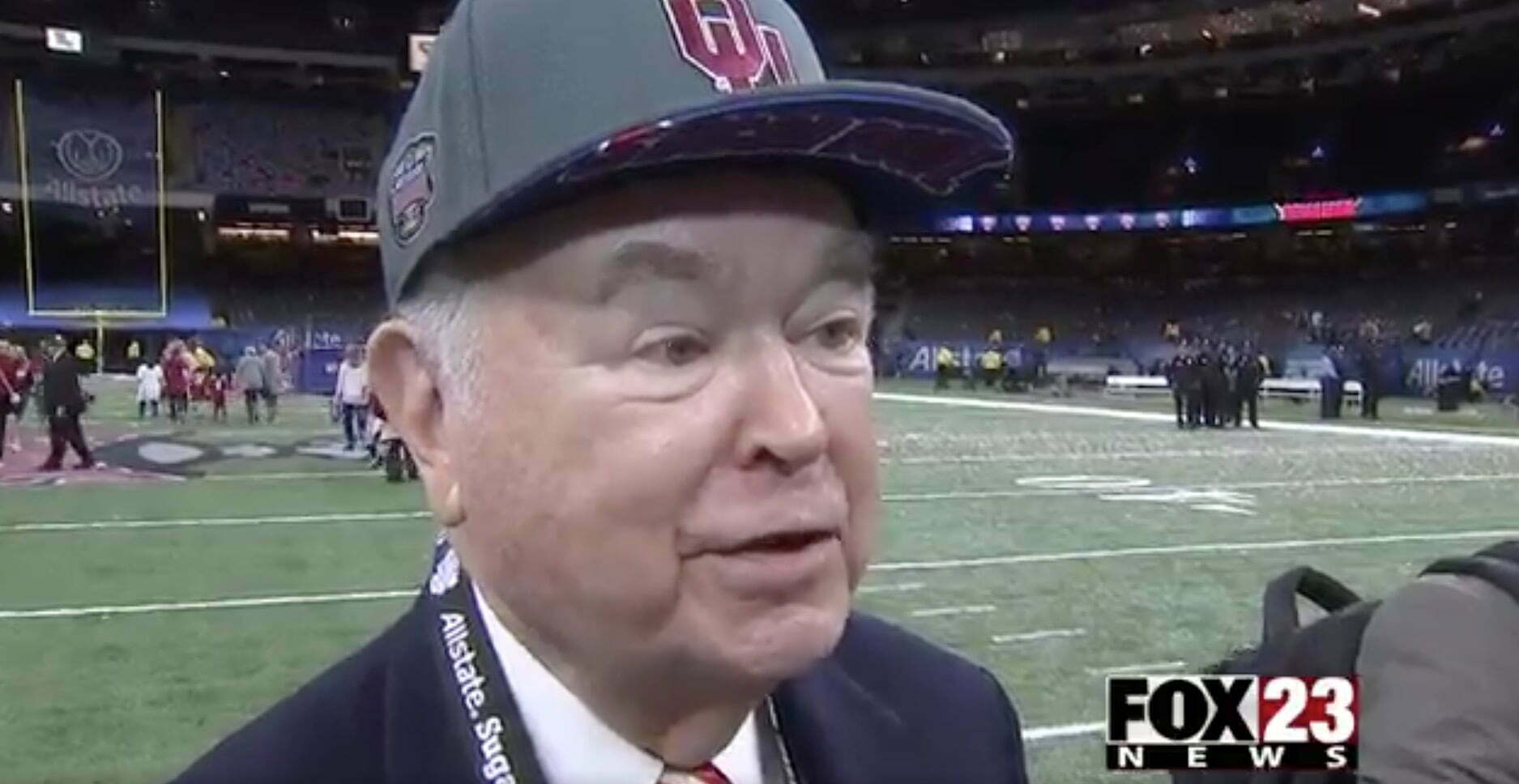 OU president David Boren spoke for the first time publicly about his decision to keep Joe Mixon enrolled at OU on Monday evening after the Sugar Bowl. His explanation was not great.

Specifically, Boren really struggled to differentiate properly between the Mixon decision and the decision to expel two members of the SAE fraternity last year for the racist chants they started.

“There’s no excuse for violence against women,” Boren told The Franchise. “And a severe punishment was handed down. But there’s also no reason to destroy the lives of young people when they make a—even a serious mistake—at age 18. What you want to try to do is set those people in the right course and help them live productive lives in the future. And I think that’s always the right thing to do. I don’t think that’s something that should be decided by instant opinion.

Forgive me for not buying the Mother Teresa act here, but I do actually agree with Boren that a case can be made that there’s also no reason to destroy the lives of young people when they make a—even a serious mistake—at age 18.

BUT. But. But he has a SAE problem to deal with the second that statement is made.

“That [SAE case] was something that was just an open-and-shut case,” continued Boren. “You have to look at every case. What does that have to do with this? The fact situation was totally different. So you have to really totally consider all the facts.”

Like the fact that neither of the SAE bros run a 4.4?

“These are hard decisions. How many of you want to get in the business of deciding the future of everybody’s life based upon what they do? It’s a hard decision to make. But I would say that the situation was totally different. We live in a country where you simply cannot put up with that kind of bias, that kind of racial division in our society.”

So is there the same zero-tolerance policy for punching a woman?

“Well this was immediate, too,” Boren said of Mixon. “The minute we saw the video, it was immediate. We didn’t even have any discussion about ‘Should there be punishment? Should there be severe punishment? Should he even continue to play on the team at that time?’ No. We dismissed him from the team, we didn’t even let him practice, we didn’t let him travel. That was a very harsh penalty.”

“But what we did say is, ‘If you’ll get your life straightened out, if you’ll get on the right path, and if you’ll be constructive from now on out, you do your community service, you’ll get anger management training, you do all the other things that we’re calling on you to do, we’ll release you to go somewhere else, if you don’t want to measure up to these requirements that we’re putting on you.’ That’s what was done at the time and I think that’s exactly right, what should have been done at the time … many of [the media] said we were too harsh, and certainly my phone rang off the wall that I was too harsh—I don’t think we were too harsh.”

Here’s a fact: People love taking a moral stand when there is no opposition. It’s easy to stand on a mountaintop and say “I’m against racism!” when there’s nothing for you to lose. But the moment you have something to lose, those moral stances become more difficult, don’t they?

This isn’t as weak as Bob Stoops’ stance from a few weeks ago, but it’s not a great look for Boren either. It just feels so much like there is a double standard here. How is racism wrong but violence against women is not as wrong? I don’t feel like his explanation is sufficient. Am I misunderstanding the “fact situation” here, or is the fact situation really just a football depth chart?

Boren inadvertently painted himself into a corner when he dismissed the SAE kids and shut down the OU chapter, and I’m not sure he’s ever going to be able to talk his way out of it.