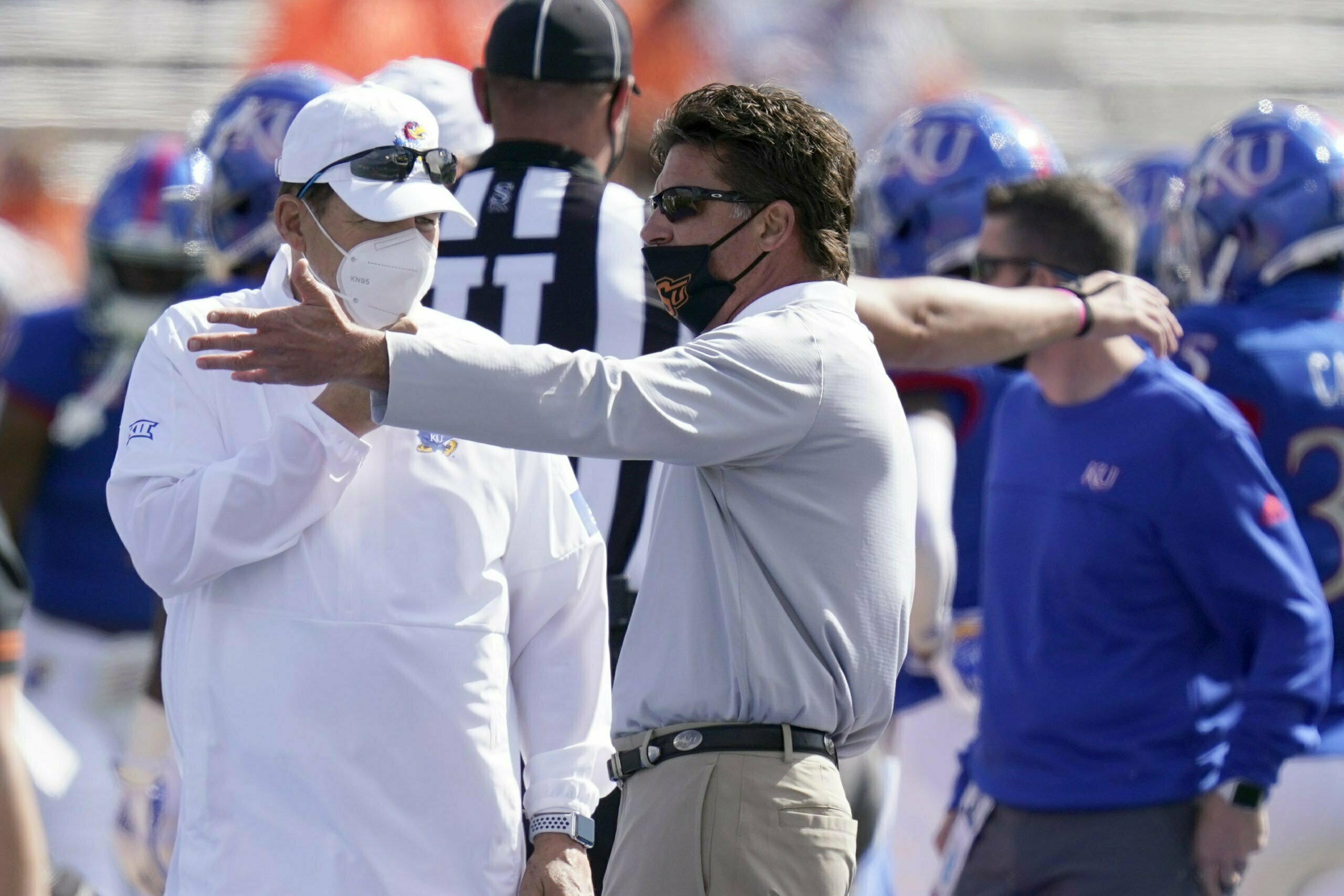 Less than a week after Oklahoma State’s road trip to Lawrence, Kansas to take on the Jayhawks, KU announced that its football coach, Les Miles, has tested positive for COVID-19. His positive test comes just five days removed from having direct contact with at least one prominent member of the OSU football program: Mike Gundy.

In KU’s announcement, it reported Miles, 66, will go into self-isolation at home and will not be physically present with the team, though he’ll continue working remotely. The program said it expects he’ll return to coach against West Virginia on Oct. 17 “as long as Coach Miles does not develop symptoms or have a fever.”

It’s unclear exactly where or when Miles contracted the virus, but it’s concerning that Gundy was potentially exposed. The incubation period can span multiple days, and individuals can be infectious before showing symptoms.

KU, like OSU, tests regularly throughout the week, however it’s unclear when Miles was last tested negative. On KU’s website, it only reports that its testing policies are in line with the Big 12’s protocols and does not say how frequently that is.

Both Kansas and OSU are on a bye this week, so Miles won’t miss a game on the sideline, at least not this week. Per KU guidelines, Miles must meet a number of requirements before returning to the facility. For athletes, among those include mandatory quarantine for at least 10 days from the onset of symptoms.