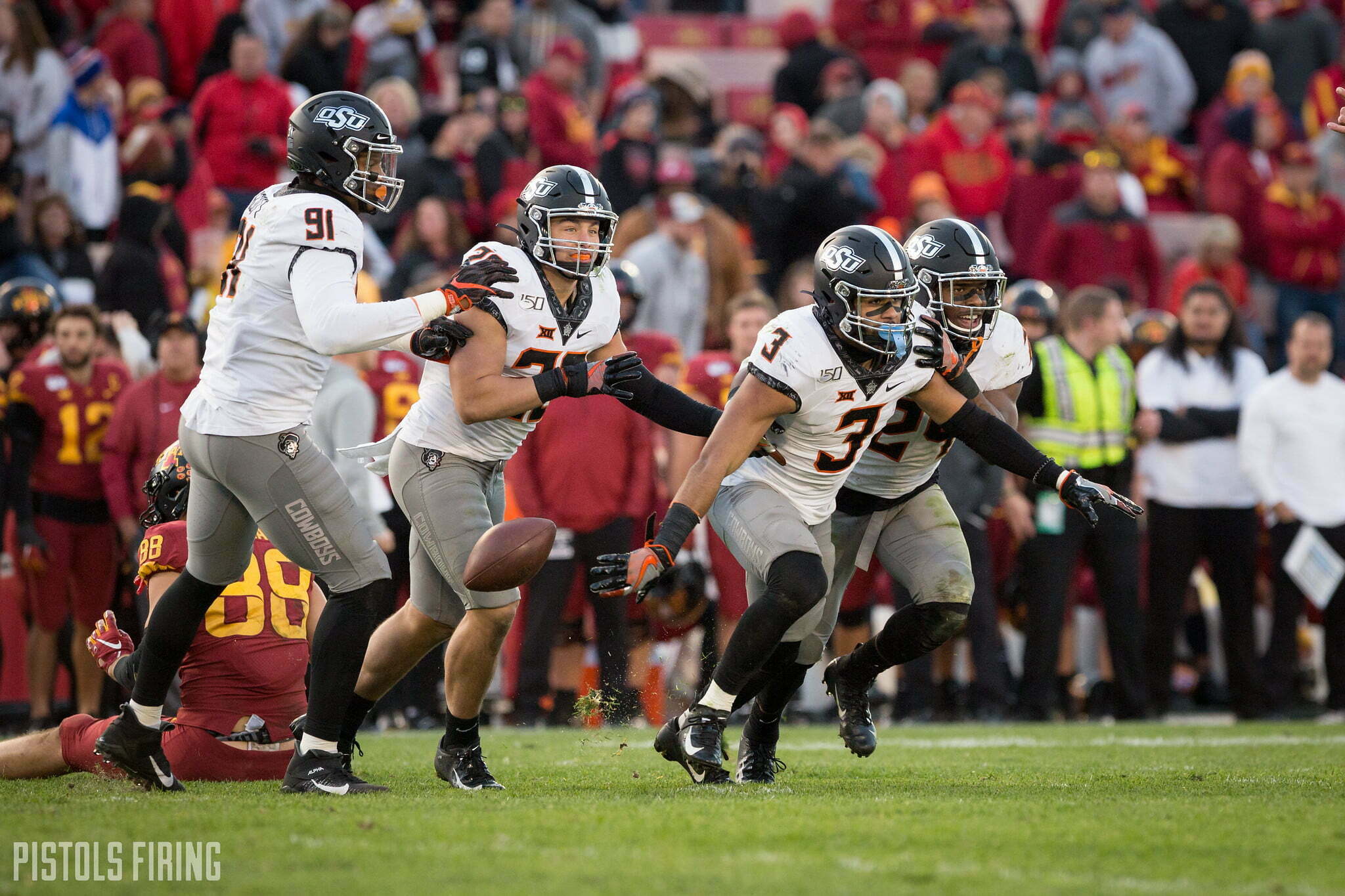 The Cowboys’ season getting postponed a week hasn’t muffled the hype to Pokes’ defense is taking into 2020.

With talks of shutouts and this potentially being the best defense a Mike Gundy team has ever had, I can’t remember a time when an Oklahoma State team was this excited about the the other side of the ball.

“I think I said because of the depth and because of the experience we have if we stay healthy, they’ll have a chance to be the most successful group we’ve had,” Gundy said Monday. “Statistically, I don’t know how you find that out.”

Well, there probably isn’t one statistic that will point to a certain defense being the best ever, but throughout the year, we’ll take a weekly look at how OSU’s 2020 defense is stacking up to the rest of Gundy’s seasons in a handful of categories.

With this being only a 10-game season, per game (and per possession) stats are probably the way to go. So we’ll compare this iteration of OSU’s defense with the others in points per game, opponent’s total offense per game, turnovers created per game and points per drive.

So let’s preview what will be a weekly series this season.

Here is how Gundy’s previous defenses have fared in those categories, with the best season in each category bold and italicized. (Adjusted points per drive were only available back through 2007.)

Most people you talk to will point to OSU’s 2013 defense as the best under Gundy, and these stats back that up. The 2013 defense is first in points per game and point per drive. It’s also one of just three Gundy defenses to hold teams under 400 yards on average, and its 2.5 turnovers a game is nothing to sneeze at.

Gundy’s 2009 defense was also a solid one, ranking tops in total offense per game while allowing just 0.1 more points per game than the 2013 D. It also has a similar turnovers per game and a points per drive well below 2.

I wouldn’t expect Tulsa to be as bad as either Grambling or Lamar, so 2020 OSU might not have the resume booster that those teams had. With that said, in 2009, OSU also played Georgia in the noncon, and the 2013 Pokes played Mississippi State. So, maybe that evens out the playing field.

This will be a fun thing to track throughout the year because even if the 2020 Cowboys fall behind in one category, surely they’ll be in the ballpark of another, and it all starts (fingers crossed) Saturday.

“I like the depth and the speed and the maturity and enthusiasm of our defense, which in most cases generally leads to a team that’s willing to play hard for each other,” Gundy said. “I think that’s where they’re at. Preparation is very, very, very important, but at some point they gotta go play. They gotta get results, compete. That’s what we’re looking for next. That’ll be the true telltale sign in the direction we go as a defense.”