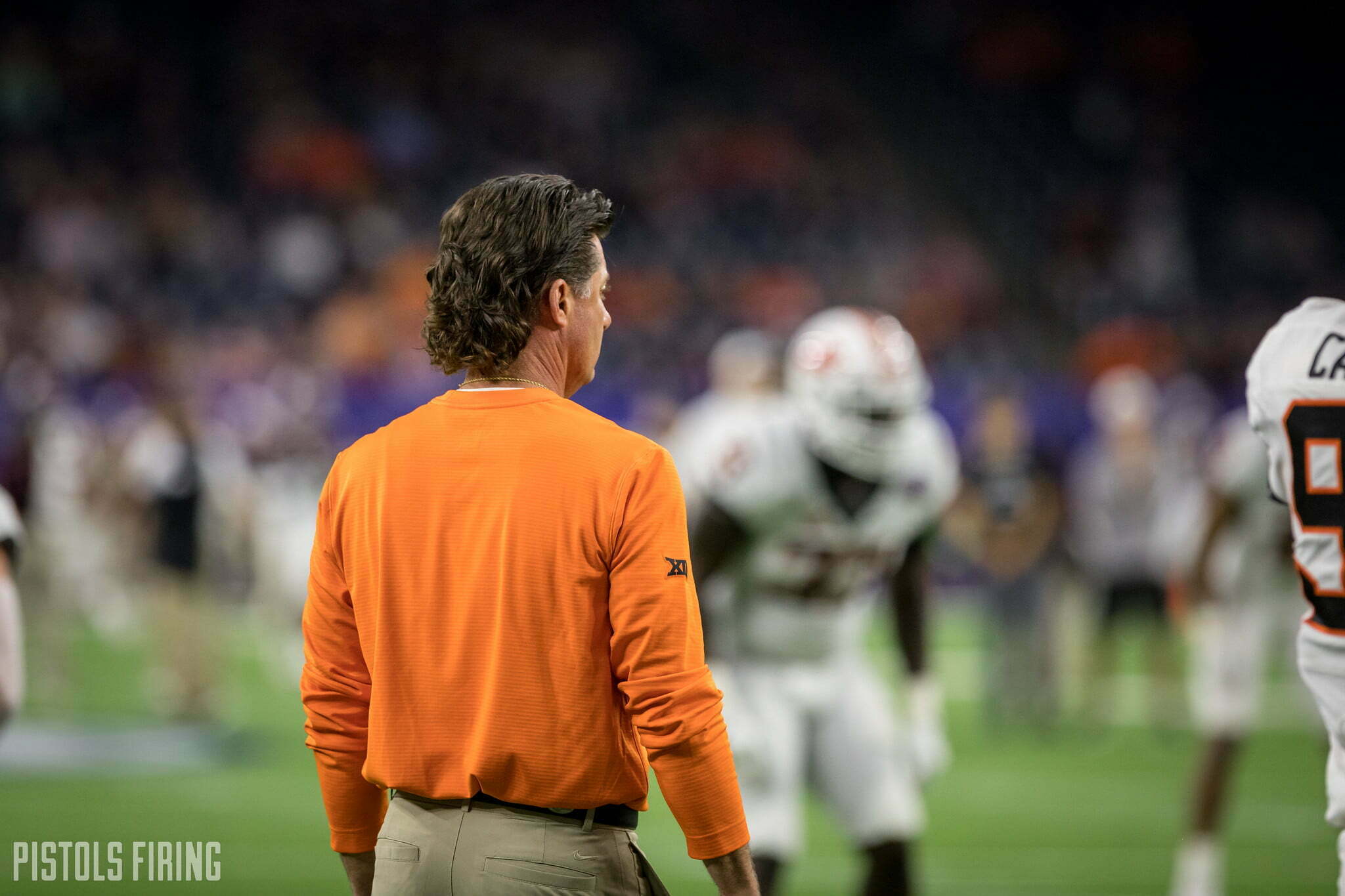 On Sunday night, Oklahoma State lost the commitment of four-star offensive line recruit Kelvin Banks Jr., the 2022 standout prospect from Texas who had been committed to the Cowboys since last fall.

His decommitment sliced OSU’s 2022 commitment class in half from two to one, with only De’Kelvion Beamon still left. But there are reasons to buy optimism in 2022 despite the backward step Sunday. Here are three main reasons why.

1. Quarterback could be special

By the looks of it, OSU won’t be taking a quarterback recruit in the 2021 class. Instead, it will welcome walk-on Gunnar Gundy as its de-facto recruit at the position and look ahead with a focus to 2022.

It’s a strategy that could pay off with Tim Rattay running the recruiting now. As he gathers his sea legs in his new role, 2022 should give him plenty of time to circle his target (or targets!) and get his man.

My way-too-early bet is OSU gets a huge name. The one I’m watching is Garrett Rangel from Lone Star Frisco, whose teammate, Jaden Nixon, recently committed to Oklahoma State. He’ll be a four-star before too long and has a huge arm, potentially setting him up to be the building block for a class.

I’m not going to stumble over myself with regards to the in-state crop for 2022 … but I’m definitely going to forget to tie my shoes and trip a few times. It looks like one of the best top-end talent pools the state has produced in years.

If OSU can pull in even one-third of the state’s top talents, it would be in great shape. Among those to watch: Four-stars Gentry Williams, Talyn Shettron, Maurion Horn and Jacob Sexton. Also monitoring Braylin Presley, the younger brother of OSU freshman Brennan Presley, who plays at Bixby and should be on the brink of a breakout season. 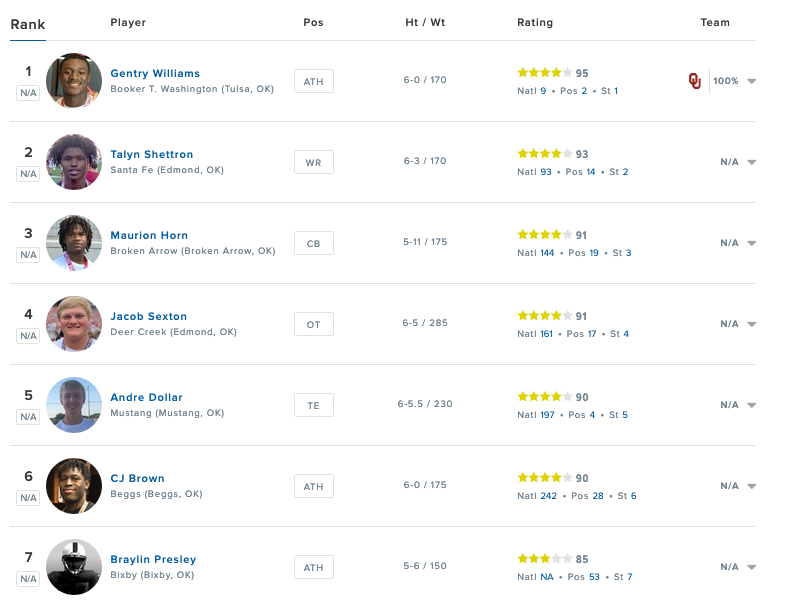 OSU doesn’t look like the way-too-early favorite for any non-Presley prospects just yet, but the situations could change. By 2022, based on the current depth chart, OSU likely will be placing a high priority on defensive backs, so some of these in-state stars may find the potential of playing early at OSU plenty enticing.

By the time OSU actually gets to 2022, the situation up front will necessitate that it takes a medium-to-large sized offensive line recruiting class. All five of Jacob Farrell, Bryce Bray, Tyrese Williams, Hunter Woodard and Hunter Anthony are redshirt sophomores, so when 2022 comes up, Charlie Dickey will have a ton of space to fill. For Kelvin Banks and for other offensive line recruits, that should be a welcoming pitch to know that there’s plenty of room in the class, with a chance to join a unit that’s upperclassmen-heavy and set to turn over to its youth.