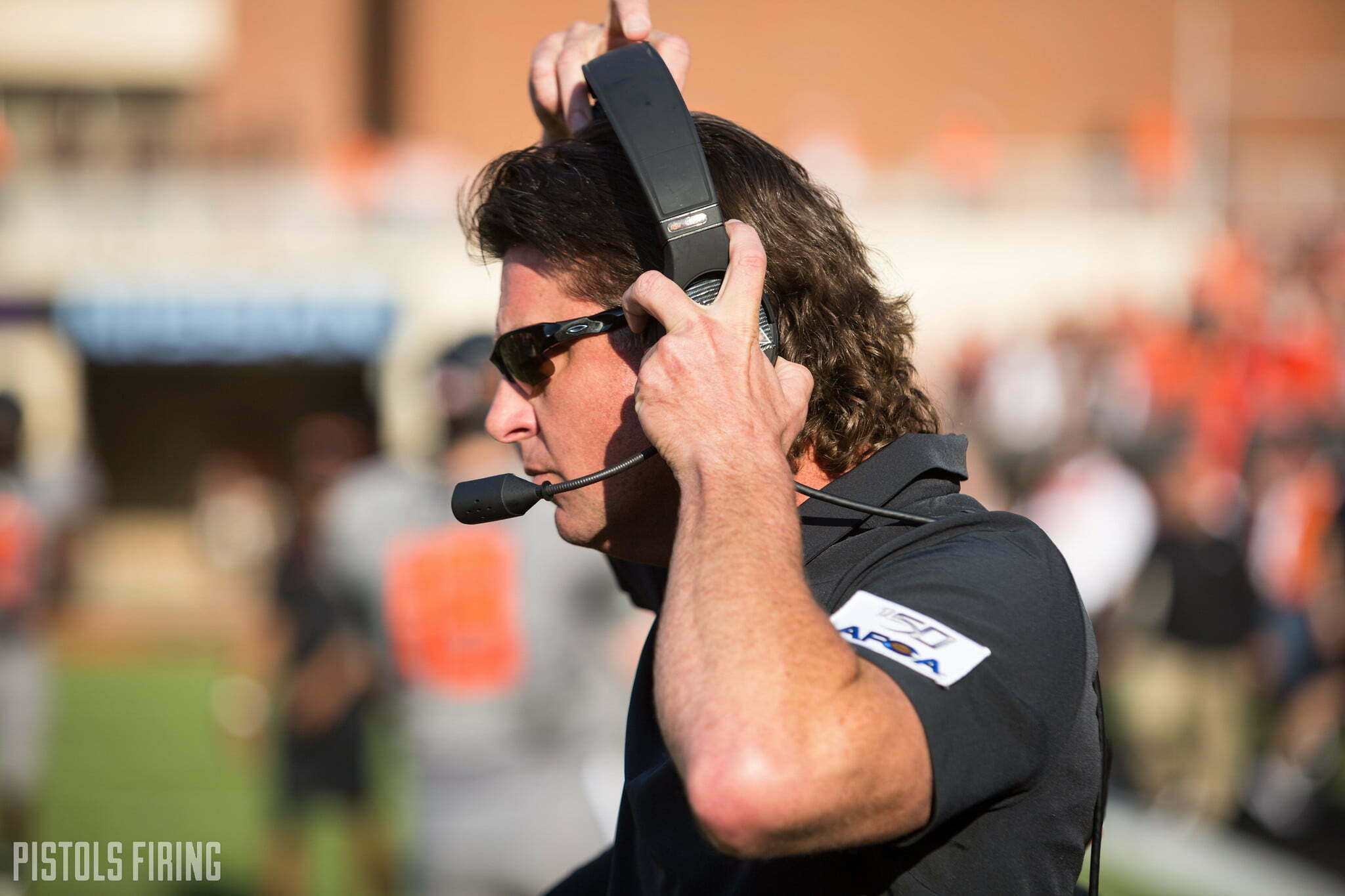 On the surface it makes little sense. But dig deeper and it may set up in OSU’s favor if the dominoes fall correctly. Here are five reasons why it makes sense the OSU staff appears to be going all-in on 2022 — and why it could pay off in a big way.

Perhaps the most important reason, for starters, is that the position group on campus appears to be in good shape. Really good shape. 2020 signee Ethan Bullock gives OSU insurance as a junior college addition with two years experience. Spencer Sanders is returning as a second-year starter in 2021. Shane Illingworth has redshirt potential and immense upside if he really hits. That’s plenty of depth already, and even if an injury occurs, there’s a two-deep that OSU could turn to and feel good about. And every player just mentioned has at minimum two remaining years of eligibility.

Mike Gundy hired Tim Rattay as OSU’s new quarterbacks coach in January, and it’s going to take some time for him to settle in — not so much as a coach but as a recruiter. Relationships have to be fostered, trust has to be earned. It’s an important process you can’t fast-forward.

As a coach he should be great. Rattay coached quarterbacks for the Washington Redskins in 2019 after spending the previous six seasons at Louisiana Tech. He is, as the kids say, a guru. A quarterback savant, if you will. Not only does he have experience coaching the position — he was a talented one himself back in the day.

This is arguably the most underrated aspect of why 2022 is so critical. Rattay being hired in January, it’s unlikely he’d be able to come in, swoop a five-star gun-slinger in several months then move on. He needs time to really work the 2022 class and prioritizing 2022 is a big timeline to work with.

In the 2021 class, only two quarterbacks have been offered scholarships, per 247Sports: Garrett Nussmeier and Preston Stone. Nussmeier committed to LSU this week and Stone has been committed to SMU since January. Given those two have been considered off the board for some time, in most cycles you’d see a new round of offers at the position from OSU. Right now there’s no new targets. That could be because …

OSU already has an incoming quarterback that will technically qualify as a 2021 recruit: Gunnar Gundy. Mike Gundy’s son. Gunnar’s joining the team as a walk-on next spring, so OSU is getting a Division I-caliber prospect without using up a scholarship. At the very least, he can bridge the gap between the 2020 two-QB class and the 2022 QB class that is shaping up to be a crucial one.

Get your eyeball emojis out because this one’s great.

One of the early 2022 QB targets for OSU is Garrett Rangel — a 6-2, 170-pound prospect from Lone Star Frisco. He has offers from OSU, Nevada, Houston, Vandy and Virginia Tech.

And he’s also tied to OSU now officially, with his Class of 2021 teammate, Jaden Nixon, committing to OSU this past week. Calculated move, I’d say. Could end up getting OSU a double whammy on the recruiting trail to help it address two key skill positions in consecutive classes.