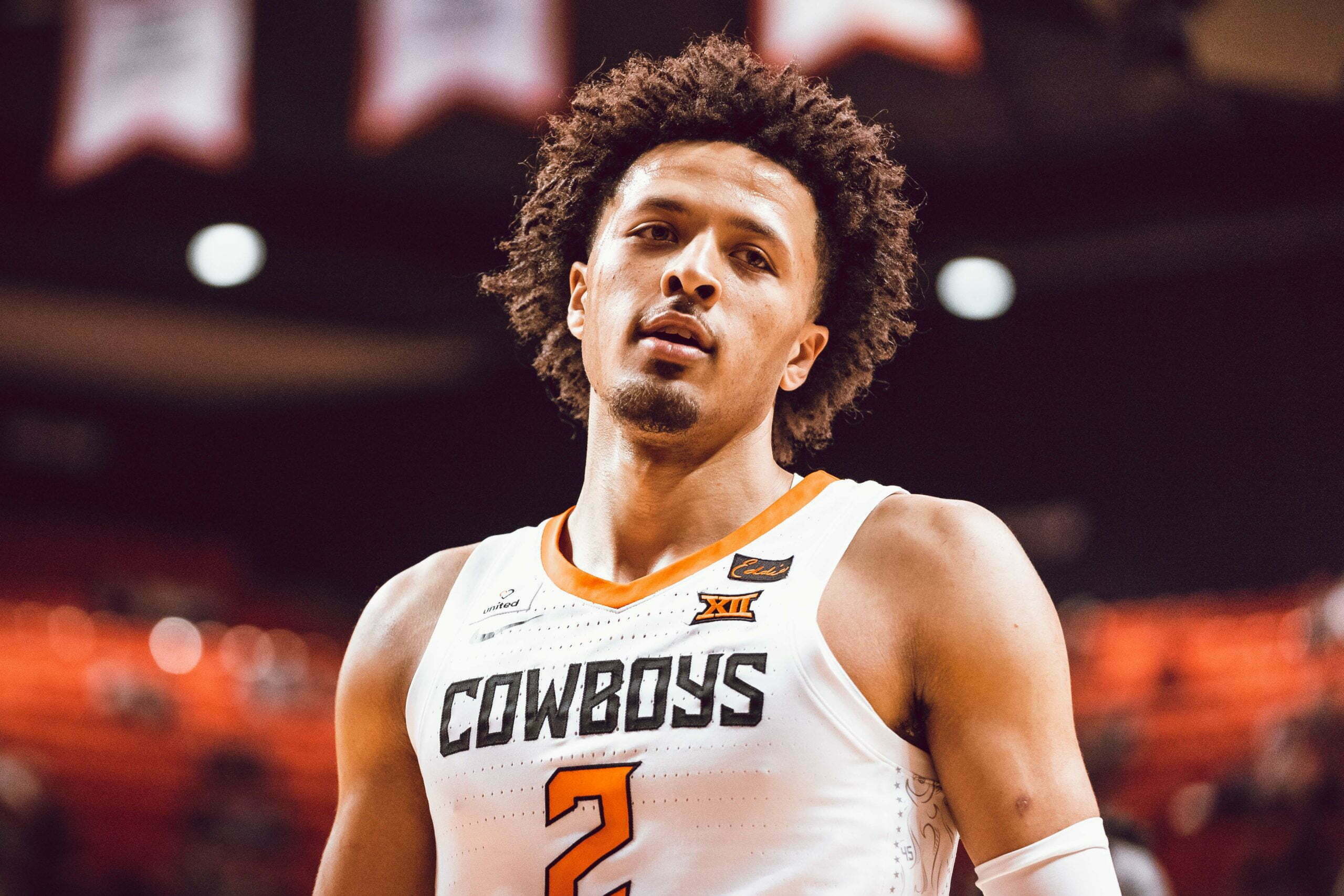 For the first time in program history, Cowboy basketball has a No. 1 pick.

The Detroit Pistons selected Cade Cunningham with the No. 1 pick in Thursday night’s NBA Draft in Brooklyn. Cunningham becomes the 37th player in Oklahoma State’s history taken in the draft, the first since Jawun Evans in 2017.

Cunningham spent one season at Oklahoma State where he was an All-American and conference player of the year. He averaged 20.1 points, 6.2 rebounds and 3.5 assists a game.

Under Cunningham’s stardom, the Pokes finished the 2020-21 season 21-9, making it to the Big 12 Tournament’s championship game and winning a game in the NCAA Tournament for the first time since 2009.

A 6-foot-8 point guard, Cunningham had myriad memorable outings as a Cowboy, but perhaps his most impressive came in Norman against Bedlam rival Oklahoma. In that game, Cunningham scored 40 points while also tallying 11 rebounds, three steals and two blocks.

Cunningham scored 20 or more points in 14 of his 27 games as a Cowboy. He had outings of 29 points against Oral Roberts and Texas and put up a 21-point, 10-rebound double-double in his first college game.

Cunningham came to Oklahoma State as the program’s highest-ranked recruit ever. A five-star prospect, he was the top player in the 2020 recruiting class, picking Oklahoma State over offers from Kentucky, North Carolina, Duke, Kansas, Florida, Texas and others. His 0.9999 247Sports composite ranking makes him the highest ranked point guard in the formula’s history.

From Arlington, Texas, Cunningham initially attended Bowie High School before transferring to national power Montverde. He won the 2020 Naismith High School Player of the Year trophy, becoming the first OSU signee to ever do so. He was also a McDonald’s All-American.