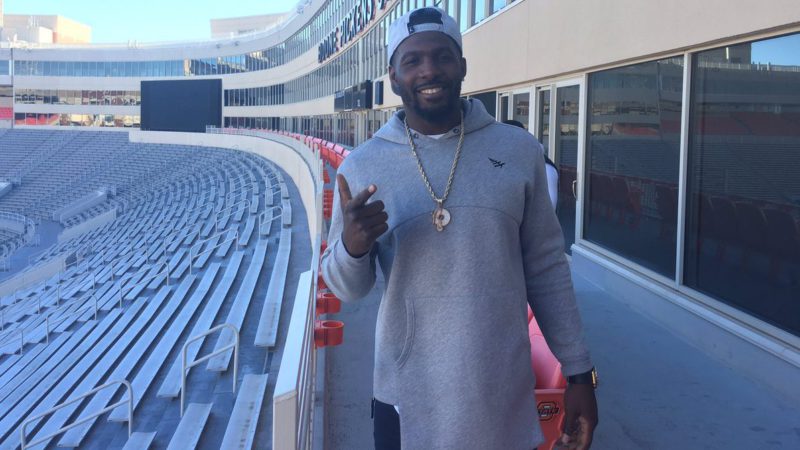 It was just a normal day in Stillwater. Well, pretty much.

I'm driving home and pull up to a Bentley. Guess who's in that Bentley? The one and only @DezBryant.

Tweets like this popped up from all over Stilly.

Dez Bryant was just sitting next to me at chick fila in Stillwater ???

Even a former Cowboy linebacker spotted the Pro Bowl receiver.

Maybe Dez was overseeing plans for the new seating charts at BPS. #FakeNews

Always great to have the one and only @DezBryant back in town! #okstate #GoPokes #ThrowUpTheX pic.twitter.com/543eprBZPK

And of course, Dez has to ride in style when he makes his way through Payne County.

When you're a Cowboy you roll in a Royce!! Just ask @DezBryant! ??? #GoPokes #okstate pic.twitter.com/lRIhyB04Cm

Dez even took some time to hang with Gandalf.

And to hang with some of OSU’s staff.

Apparently, Dez still has some calls to make before he heads back south.

Hey @DezBryant we used to be real close, now you don't even hit me up when you're in Stilly? #missyou #callmeback pic.twitter.com/uei5QbgPQV

Where does Dez stay when he comes to town? Gundy’s house? I’d like to imagine he does. Maybe Gundy can convince him to stick around for Bedlam and the big meet with Penn State on Sunday.