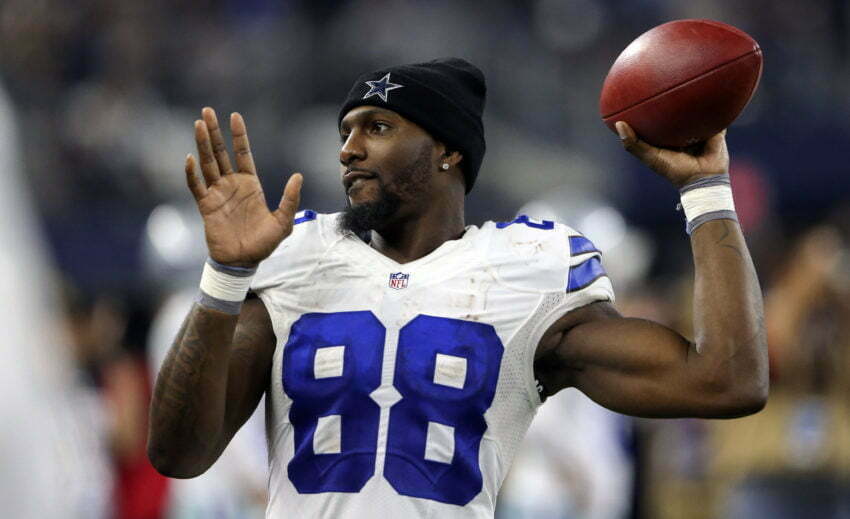 Bryant became only the fifth player in NFL history to have one passing touchdown and two receiving touchdowns in a single game. Supposedly, Bryant had a cannon for an arm even in his days at OSU.

??‍♂️He used to mess around before practice and throw passes. He has a hose. #okstate https://t.co/tR9Zsootu2

Still, with home-field advantage locked up through the NFC playoffs and not much to play for in the Cowboys’ regular season finale against Philadelphia on Jan. 1, the lefty’s passing career is probably over for now. In the playoffs, though, offensive coordinator Scott Linehan will likely keep Bryant’s passing ability in mind — and it’s safe to say that Bryant will remind him until then.