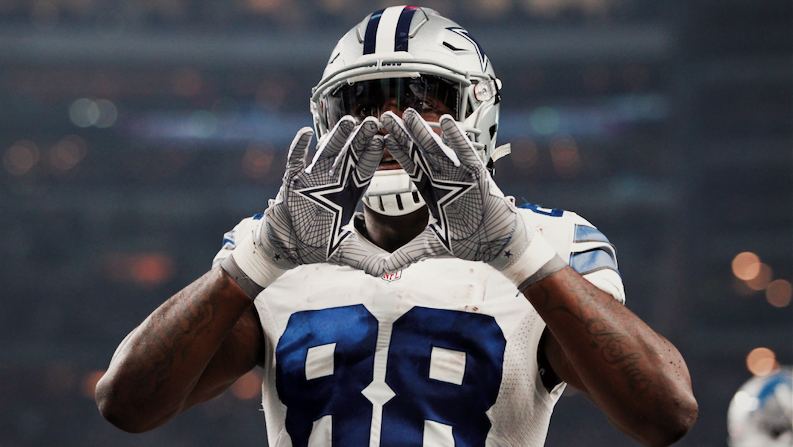 The Pro Bowl receiver and former Oklahoma State star shined in the national spotlight on ESPN’s broadcast, with two receiving touchdowns and a passing touchdown. Here is the first touchdown of the three — an insane one-handed touchdown diving to the end zone.

And here is the second touchdown of the night where the Cowboys opened up the bag of tricks. Dez took the reverse to the left side of the field, then untucked it to drop a seed to Jason Witten for six.

The cherry on the top of his night was his second receiving touchdown of the night. Easy back shoulder throw like we’ve gotten used to seeing.

Bryant finished the night with 4 receptions for 70 yards and 2 receiving scores, and went 1-for-1 passing in his first career attempt that was completed for a touchdown to Jason Witten from 10 yards out. Not a bad night at all for Dez Bryant fantasy football owners.