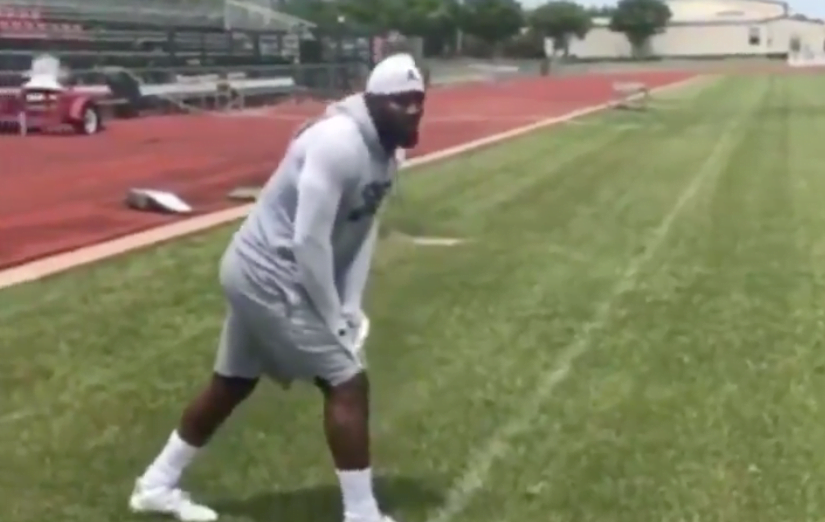 Dez Bryant’s return to football may not be as far off as some may have initially thought after he tore his Achilles in November.

Bryant on Monday shared a video to his social media showing him running routes and seemingly at close to full strength (albeit with no contact and no pads). He looked like the old All-Pro he once was, juking and jiving his way in and out of cuts crisply while catching passes.

“First time running in a long time,” he said as a caption. “Building confidence.”

Bryant played eight seasons with the Dallas Cowboys before being cut. He signed a one-year deal with the New Orleans Saints on Nov. 7, but was placed on injured reserve less than a week later after sustaining his Achilles injury in practice.

Bryant could potentially return to New Orleans but ahead of the 2019 season, he’d likely have to show enough to warrant being re-upped. Six months removed from his Achilles tear, he may be a ways from getting to that point. But for Bryant and his quest to get back to the NFL, it’s a great sign that he’s already going through route-running and slowly making the trek back from a significant injury.