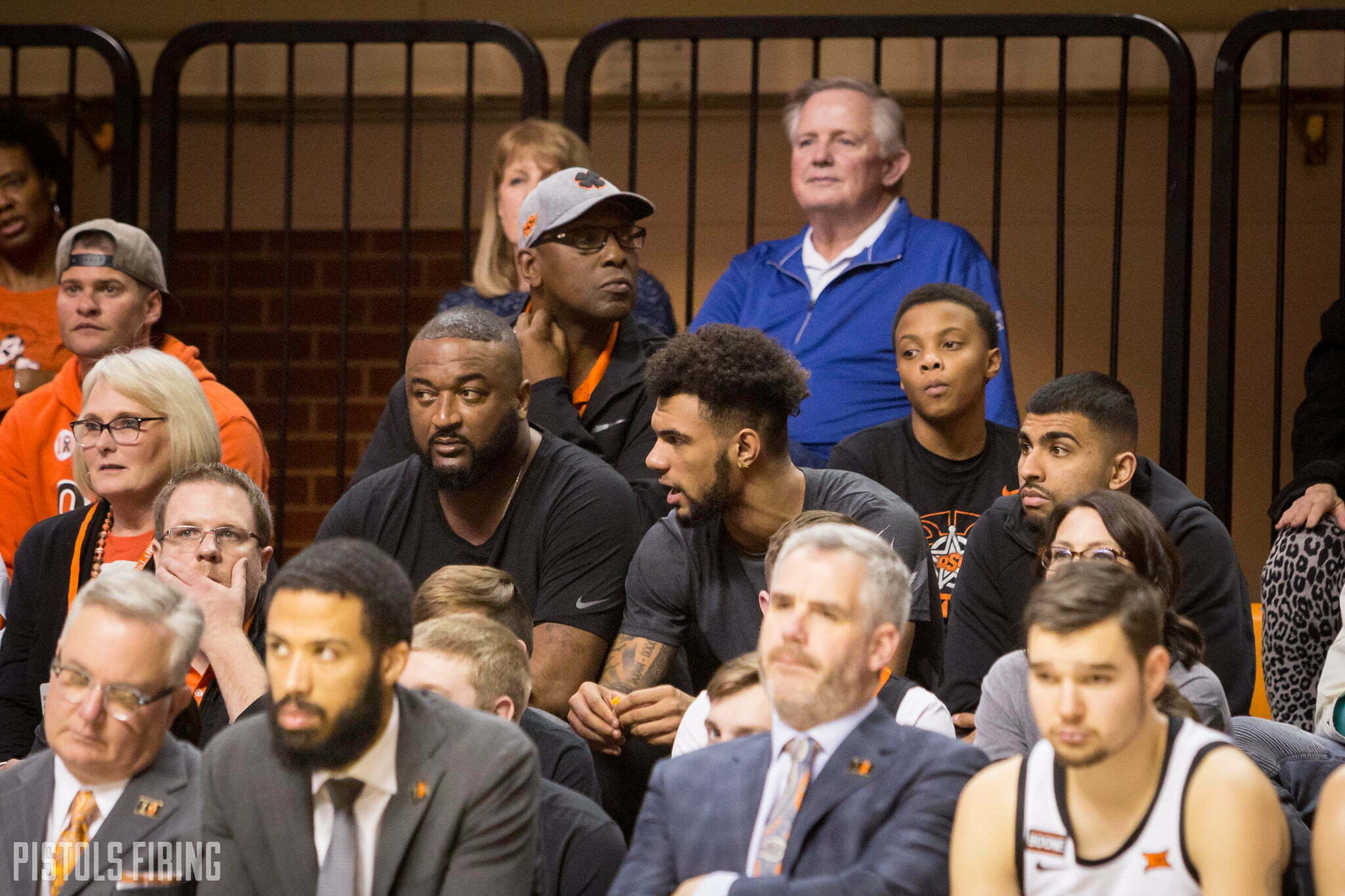 Over the span of Thursday, Friday and Saturday, Donovan Williams picked up a consensus 11 crystal ball predictions to end up at Kansas State next season, but he’ll instead play for Mike Boynton in Stillwater.

Williams, a 6-foot-5 shooting guard, committed to Oklahoma State on Monday, filling the Cowboys’ final scholarship spot after a busy weekend of recruiting for Boynton and his staff. Rivals ranks Williams as a four-star recruit, and he is the No. 147 prospect in the 2020 class, according to 247Sports’ composite ranking. He puts OSU’s five-man freshman class as No. 9 in the country. But it almost didn’t end up this way.

“I silently committed to Kansas State like four or five days ago just because I felt like that was a place where I would be closer to home, I have a close relationship with some of the players already,” Williams told PFB. “I was thinking that was the best place for me to be. I was more thinking of it like, ‘Man, let’s go have fun. This will be in Manhattan, it’ll be closer, it’ll be more fun, I have friends out there.’ I was thinking more fun instead of thinking more professional, which is where I messed up.”

Williams said an old coach, Robin Lucas, called him and opened his eyes a little bit. Williams and Lucas went through some pros and cons, and they and Williams’ family determined it was best that he went to Oklahoma State.

On of the big pros of Williams picking OSU had to do with a future pro, Cade Cunningham. Cunningham is the No. 1 player in the 2020 class and is projected to be the No. 1 pick in the 2021 NBA Draft.

“Playing with a pro, you can’t really beat that,” Williams said. “There’s not many players with the opportunity to go play with the No. 1 player in the country. Learning his ways, being around him every day, learning how he works out, how he eats, how he sleeps, how he functions, what he does to be a pro because he already is one. Why wouldn’t I take advantage of that and use his stuff to help me out?”

It was expected that four-star power forward JT Thor would round out OSU’s class with an Easter Sunday commitment, and Williams would go to K-State. But recruiting is a fickle mistress.

Thor stunned some, announcing a commitment to Auburn at 11 a.m Sunday. That gave OSU’s staff a little over 24 hours before Williams’ announcement to recruit against K-State.

“I listened to what he said. He didn’t have to say much because it was really up to me. It’s not like once he heard the news about Kansas State he came knocking on my door squeezing me. It was more like me reevaluating things and making the better decision.  I can’t have any hard feelings toward K-State or anything, and they can’t have any hard feelings toward me. It’s a business. This is college basketball. Tables turn, people turn, it is what it is. I’m just making the best decision for me. I hope everybody can appreciate that.”

Still a four-star recruit, Williams is probably underrated. He tore his ACL last spring. It forced him to miss his summer of AAU ball, and he missed about half of his senior season at Lincoln-North Star in Nebraska. In the 14 games he played in as a high school senior, Williams averaged 28.3 points and 8.3 rebounds a game.

On consecutive nights, Williams dropped 44 and 50 points in early February.

That type of scoring output should go well with Cunningham. Cunningham is an elite playmaker. The more capable scorers for him to feed the ball to, the better.

“[Boynton has] been out here a couple times,” Williams said. “We talk every day. He played in college basketball not too long ago at South Carolina. He knows what he’s talking about. He knows what it takes to sustain a good college career.

“That’s really what it came down to. That and if you want to be the best, you gotta play with the best and against the best. I just feel like going there and playing with [Cunningham], putting me on a bigger platform, can hopefully make my dreams come true of being a pro someday.”