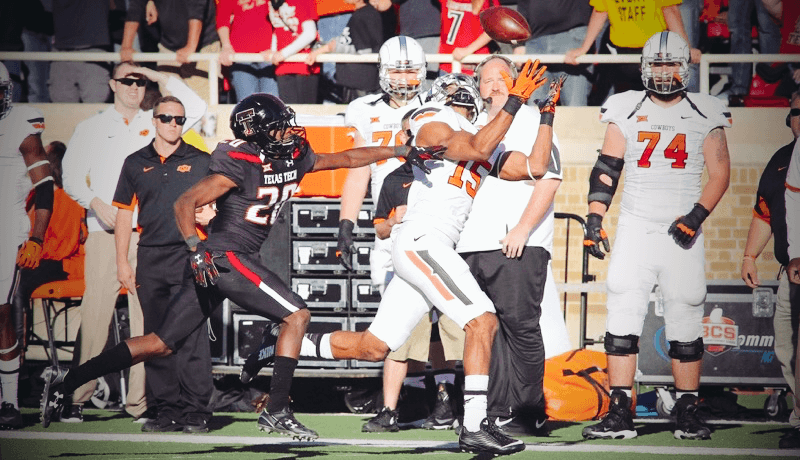 For the proof we turn to points per drive, our trusty old tempo-free statistic that tells how many points teams score in non-garbage time, half-ending drives. Here are those numbers for Power 5 teams.

Oklahoma State has the 7th-best offense in the country among Power 5 teams? This stat is a little bloated because OSU hasn’t played the three best teams on its schedules, but it’s tough to fake it when it comes to points per drive (especially with garbage time taken out). And OSU has been getting better.

“There’s been improvement across the board,” said Mike Yurcich on Monday. “We continually say this, ‘We need to improve in every facet, such as quarterback reads, receiver routes, blocking on the perimeter, protections, running back routes and everything else across the board.’ And I think you’re seeing an overall improvement in each area of the offense.

“I don’t think there’s really one specific thing that we need to improve on, we just need to continue to improve and keep getting better as an offensive unit. Each practice has a purpose, we’re not just out there because it’s Tuesday and the schedule says there’s practice. We’re out there because it’s an opportunity to get better and I think our guys are understanding that philosophy and trying to work hard each and every day to get better at what we do.”

Lets compare these numbers to past years.

What if I told you this year’s offense is operating at a higher level than both 2010 and 2012? I know it doesn’t always look that pretty on TV and Texas Tech and Kansas are putrid, but OSU couldn’t score with ease on either of those squads last season like it did this year.

“I thought we played really well on offense [against Texas Tech],” said Mike Gundy. “I thought our coaches had a terrific scheme, and our players understood the plan. You would hope that you don’t have to score that many points to win a game, but in this league, with the quarterback play that you’re seeing, it’s very similar to four or five years ago when we had several NFL quarterbacks in this league.

“You’re going to see some numbers that are considerably higher than other conferences in the country. That’s just my opinion. It’s based on great quarterback play.”

I’m not sure where OSU’s offensive numbers will end up at the end of the season (likely not around 3), but as for right now? This offense is bordering on elite.