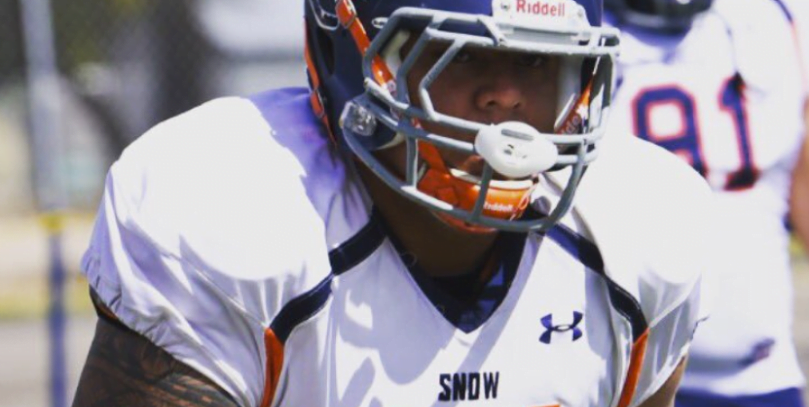 Earlier this week, Snow College defensive tackle prospect Fua Leilua, an OSU commit, reaffirmed with OSU after taking an official visit to TCU. I caught up with him shortly after his decision and he went into detail about what went into his decision.

So what helped make his mind up to shut down his recruitment and stick with Oklahoma State?

Leilua: After much thought and consideration, I felt that since they have been there since the start and have been nothing but great since then [that it was the right choice]. It meant a lot to me that they were my first offer and they’re a great team and will continue to get better with this recruiting class! I’m excited to be a Cowboy soon!

In your own words, what type of person/player is Oklahoma State getting with Fua Leilua?

“I think to sum it up I’m just another kid from a small town with big dreams. One thing I promise is that Oklahoma State will be getting nothing but the best out of me as a player as well as a person. I’m going to give a 110% effort in everything I do. I’m just humbled and blessed to have this opportunity.”

Leilua is a grown man mature beyond his years. He not only recently got married, but he is also expecting a child soon. So moving across the country to play for OSU “definitely” impacted his decision, he said. “But Oklahoma State has a very family type of feel to it.”

As for visits, he says he was originally scheduled to take his official the last weekend of January. However plans have changed and he will be here this weekend to check out the facilities, get acquainted with coaches, etc. Leilua says he will be on campus for good at the end of May and will be here for the summer training program before the football season starts in the fall.