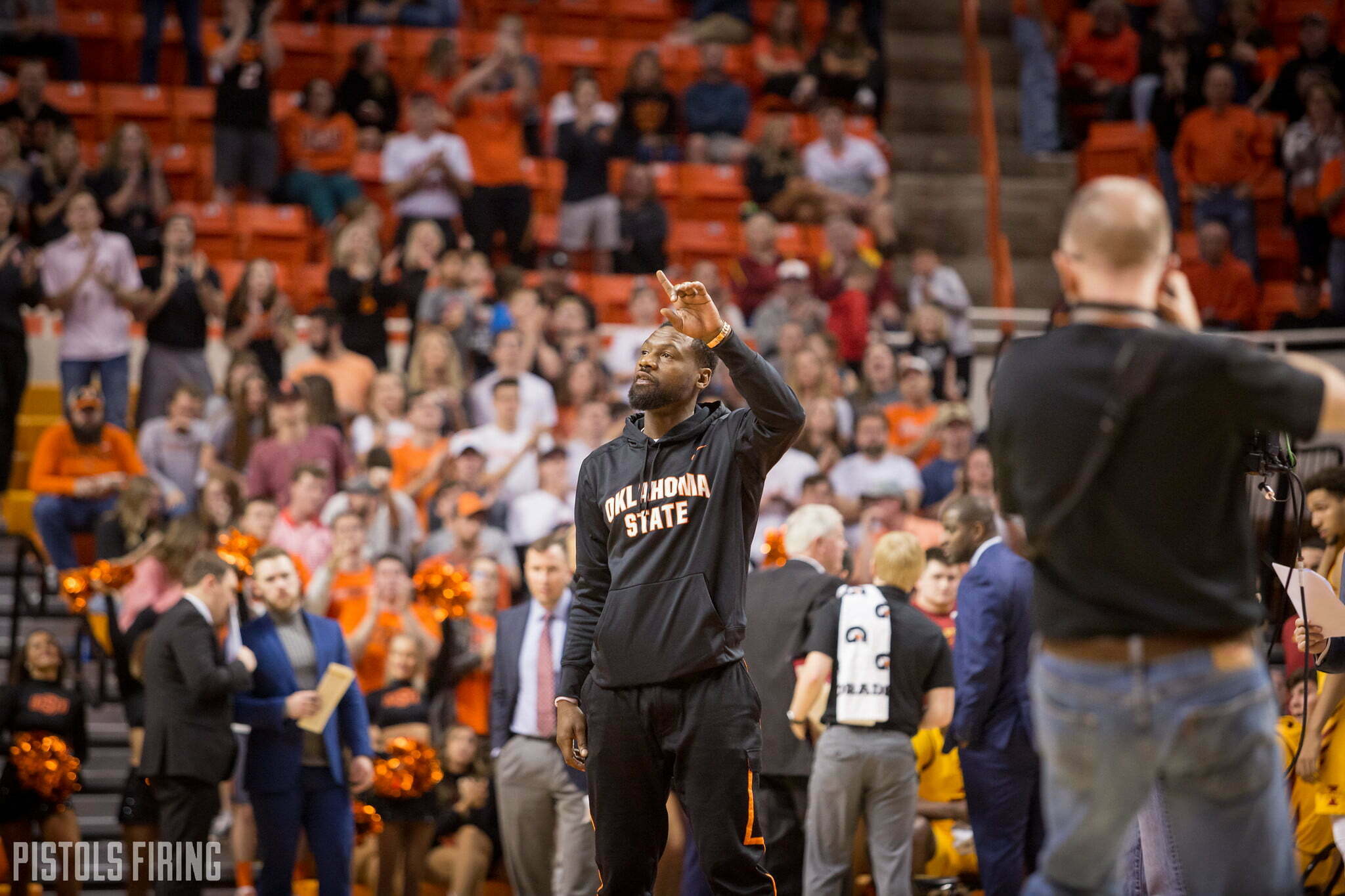 This Tony Allen tale caught my eye at the end of last week, but it got a little buried by, uh, other stuff that was going on. Anyway, I wanted to post it because I think it epitomized what both TA and Eddie Sutton were about.

Sutton, 68, isn’t so set in his ways that he can’t surprise everyone now and then. During a first-round NCAA Tournament victory over Eastern Washington last week in Kansas City, Mo., Sutton wasn’t pleased with the way his team was playing. He glanced at Allen and was disturbed by the body language exhibited by the Big 12 player of the year. [Hartford Courant]

I’ll let Tony pick it up from there.

“I looked, I’m like, ‘What the hell?’ I remember going nutty after that. Buckets, crossover, passes, steals. I went nutty. I took over the game.”

“That was a magical moment,” continued Allen. “He had never, ever hugged me. He would say randomly, ‘What’s wrong, Tony? It’s going to be OK, let me give you a hug,’ but this specific time he offered that hug it kind of gave us a boost and we started clicking game after game.

“I love Eddie Sutton. He knew how to deal with me. He knew when I needed to get pushed, and he knew when to lighten up, which was one of those times.”

I dug up an article from 2004 that is basically a repeat of the story from the perspective of then-assistant Kyle Keller.

“It was during a media timeout and we were all sitting there,” Keller said. “Coach got up and gave him a hug. Here’s a street kid who hardly played any high school basketball, so that’s a real connection for Tony.” [Hartford Courant]

So good. And if 400 words can sum up the Eddie Sutton era, there they are.

Want the full @ChrisVernonShow from today?