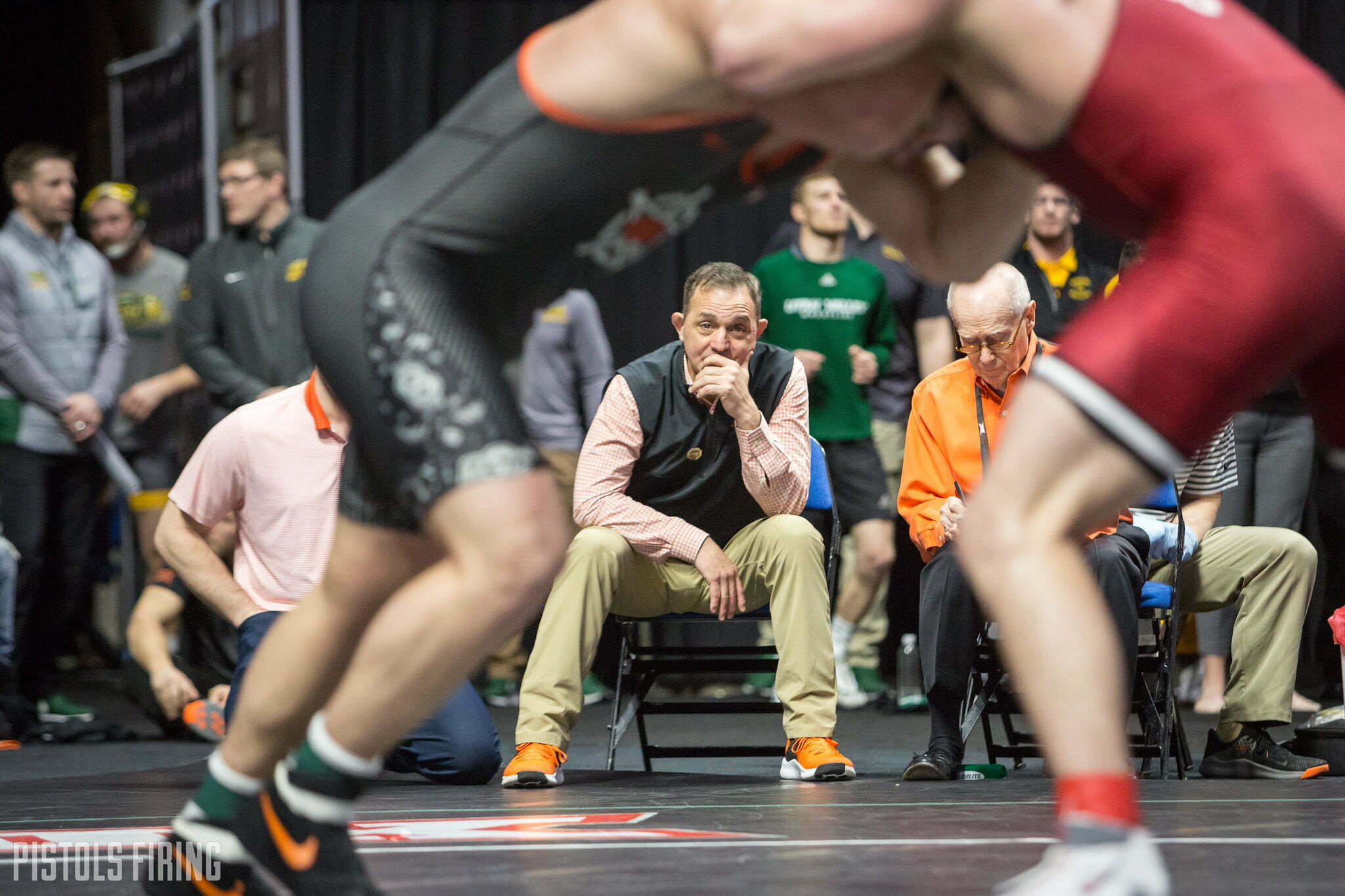 On Saturday Oklahoma State opened their wrestling season at the OCU open. They crowned 13 champions between the open and freshman/sophomore division, all recapped here. Here are eight thoughts on the tournament.

1. Sounds like Boo Lewallen is ready to go: In my preview I mentioned Boo as one of the top items of interest for fans here. This tournament isn’t the most high-level college wrestling tournament out there, but there’s enough talent to test guys and Boo’s shoulder held up under that pressure. Fans will still have their fingers crossed every time Boo goes out, but they certainly feel a bit better right now than they did at any time last season.

2. Heavyweight is a concern: OSU has two heavyweights listed on their roster, Austin Harris and Cornelius Putnam. Putnam did not compete, and Harris won one match and injury defaulted out of the rest of the tournament. Harris is a little undersized here, but I think both guys, if healthy, are serviceable starters. The problem is whether they are healthy.

It’s unknown why Putnam didn’t wrestle, but Harris was clearly injured. If Putnam is out and Harris is out then there isn’t another heavyweight on the entire roster. The Cowboys may have to have one of their 197s bump to heavyweight which isn’t ideal as the two 197s are both actually up from 184. Hopefully they’re both healthy and back before the road trip to Pennsylvania next week.

3. Reece Witcraft may stoke some conversation about what to do at 133: Witcraft won the open tournament at 133, placing ahead of juco national champ Boo Dryden and OSU redshirt freshmen Conner Wilson, who injury defaulted out after a loss to Dryden. This was a good win for Witcraft. He and Wilson are clearly the guys at 133, the only question is what will John Smith decide to do here. Will Wilson hold down the starting job, or will Smith throw Witcraft out as a true freshman?

There are a lot of variables at play in this decision. What are they seeing in the room? If it’s really close to even between them, then it may be a lot simpler to keep the freshman under redshirt. Could Kaid Brock eventually be back? If this is the case then it really doesn’t make much sense to burn Witcraft’s redshirt if he won’t be able to wrestle in the postseason. There are a number of other questions that will ultimately help them decide, but it’s clear that Reece Witcraft is a major talent that should be a big asset for the Cowboys going forward.

4. Travis Wittlake will be the guy at 165: Wittlake beat Andrew Shomers 5-3 in the finals of the open division at 165. I think most expected this going into the season, but I was intrigued by Andrew Shomers. He’s had a lot of starting experience at the D1 level as he was an NCAA qualifier a few years ago at 157, and it was kinda unclear how Wittlake would handle the cut to 165. You could make an argument that Shomers is Wittlake’s biggest D1 win to date and it gives some clarity that he will likely be the starter heading into the season.

5. Where were Joe Smith, Kaden Gfeller, and Cornelius Putnam? I touched a bit on Putnam earlier. If he’s hurt and Harris is too, the Cowboys may be wrestling an undersized 197 at 285 which is a problem. We really don’t know why Gfeller and Smith were out either. Both have a bit of a weight cut and may still be working their way down? Injuries, weight cuts, whatever it may be, it’s always concerning win three projected starters are out.

6. If Smith and Gfeller are out it looks like OSU has people to plug in: Though the status of Smith and Gfeller is unknown, it looks like OSU has some serviceable options if they’re out. Dusty Hone wrestled at 149 last year, but was down at 141 here. He finished first in the open division, fairly comfortably working his way through the bracket. With Boo’s injury history at 149 and whatever the status of Gfeller is, it’s definitely good to have Hone here. At 174 Gavin Stika won the open title and seems like a solid option if Smith is out. There’s also the possibility that the Cowboys could bump Wittlake to 174 and insert Shomers at 165. Fans should definitely want Smith and Gfeller back soon, but they have some talent to insert in the meantime if needed.

7. I think Montalvo will end up being the starter at 197: Dakota Geer and Anthony Montalvo made the finals at 184 and did not wrestle the match for first. Montalvo’s going to try and win the job there, but all signs point to All-American Dakota Geer holding on to it.

It’s a dangerous game in wrestling to compare the results of one match to another to project who will beat who in another match. Transitive property doesn’t always apply, in fact it more often doesn’t. But Montalvo beat Bear Hughes 7-0 last year and Alex Kauffman beat Hughes 4-3 today. Now that definitely doesn’t mean Montalvo necessarily has an edge on Kauffman — the match between Montalvo and Hughes happened a year ago and Hughes-Kauffman was yesterday.

However, it does support that he may be at least as good as, if not better than Kauffman, and ultimately I do think if Geer wins the job at 184 and Montalvo is forced up, he’ll be who takes the job at 197. It will be interesting to see this play out. All three are solid guys to have here.

8. Good performance by the freshmen: I’ve already touched on Reece Witcraft a bit, but if it continues to come together for him he could be a star. A lot of talent there. He fought back from a 13-4 deficit to win one match, and placed over a few other D1 guys including a juco champ who is expected to eventually be a starter at Minnesota.

They fared pretty well in the freshman/sophomore division as well. Brevin Balmeceda came in this season a bit unexpectedly at 141, most projected him to be a bit bigger. He dominated his way to a title here. Chance McLane is a guy that wasn’t really ranked by many high school recruiting services but became a double All-American this summer at Fargo and worked his way to a tournament win here at 157. Cade Lindsey also won here at 165. Pretty decent performance all around for this young group.