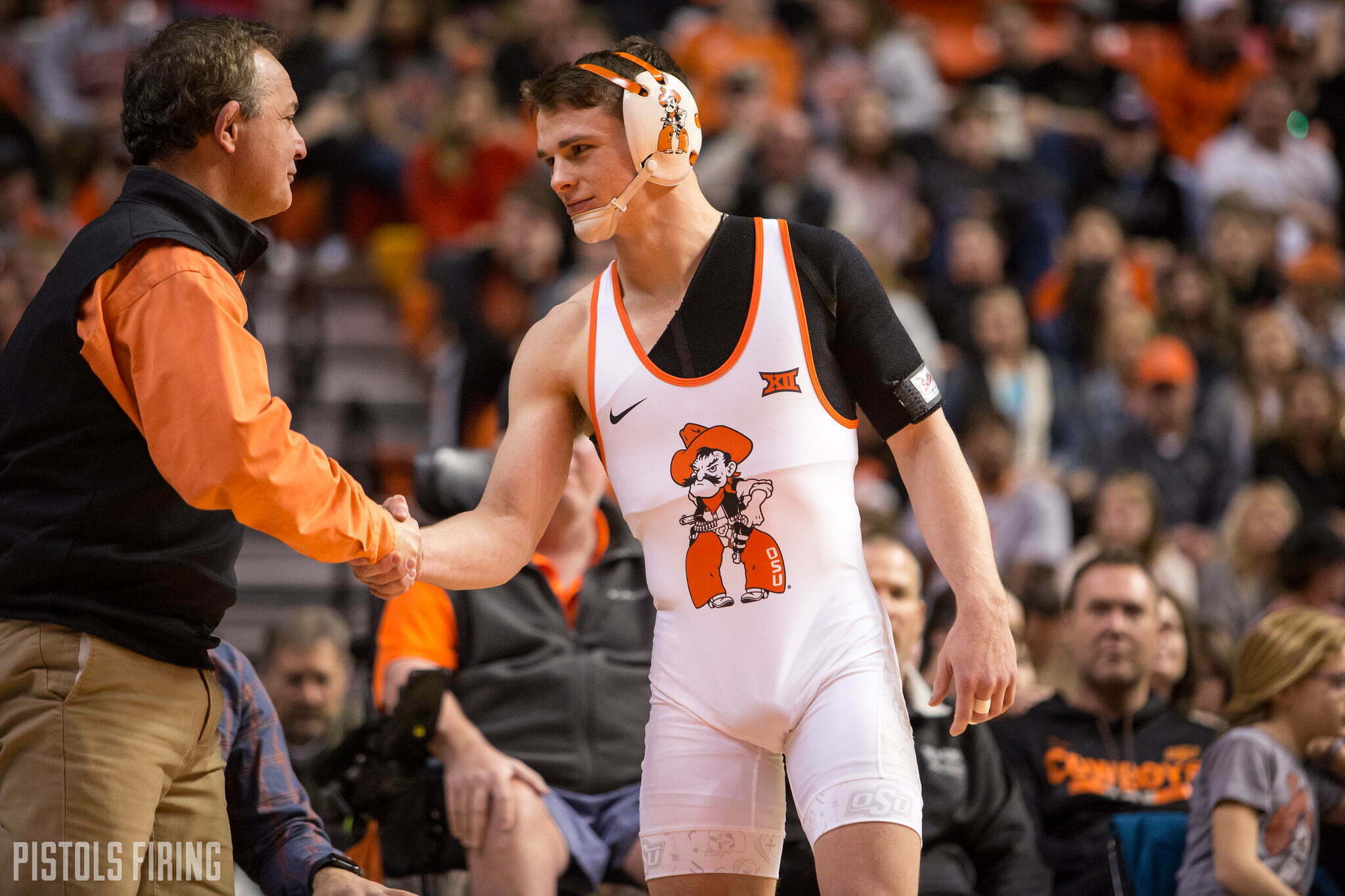 On Saturday some of the Cowboys and a number of other wrestling programs from the area will head to Oklahoma City to wrestle in the OCU open. Here’s a few things to follow as the Cowboys take the mat for the first time this season.

1. Who’s Wrestling Here and what weights?

No full list on who OSU is sending to this has been put out, so we could see just a couple freshmen or we could see the entire roster. I believe we’ll see almost the entire roster, but it’s still a bit of a question mark to follow heading into Saturday. This should answer a lot of questions about who’s going to be at what weights this season and going forward.

The two biggest offseason storylines for the Cowboys were Daton Fix’ decision to take an Olympic redshirt and Kaid Brock’s knee injury. This leaves some uncertainty for OSU this year at 133. John Smith indicated the two he likes so far here are Conner Wilson and Reece Witcraft. Is Witcraft looking strong enough to forego a redshirt and start first semester? Is Wilson looking strong enough to hold down the job this year? This tournament is as close as it gets to public wrestle-offs for the Cowboys and could show us who to expect at 133 this season for the Cowboys.

Similar story to 133. This is an open weight that will have a new starter after the graduation of All-American Preston Weigel. So far John Smith has indicated it will likely be someone bumping up from 184. OSU has star freshman Anthony Montalvo and Junior College All-American Alex Kauffman who will both likely be looking to fill this role as Dakota Geer has indicated he will stay down at 184. It will be interesting to see what weight they’re at. Both are probably natural 184’s, but fit the lineup best at 197. Will they already be up at 197? Will the both still be at 184? We may get some clarification on who will be the starter at 197 this weekend.

OSU had a pretty solid recruiting class come in this year. This will be fans’ first chance to see them wrestle at the college level. How are they making that transition? What weights have they settled in at? Who’s maybe outdoing expectations early? Some of that should be answered Saturday.

Last year we saw two matches for Boo and both ended ugly with him going down with injuries. The competition won’t be as stout here, but if we do see Boo wrestle it will be a chance to see how his shoulder is holding up. What’s his range of motion like? Can he move full speed? Can he take another guy cranking on it and not have any issues? That will all be interesting to see.

Wrestling starts at 9 AM Saturday.