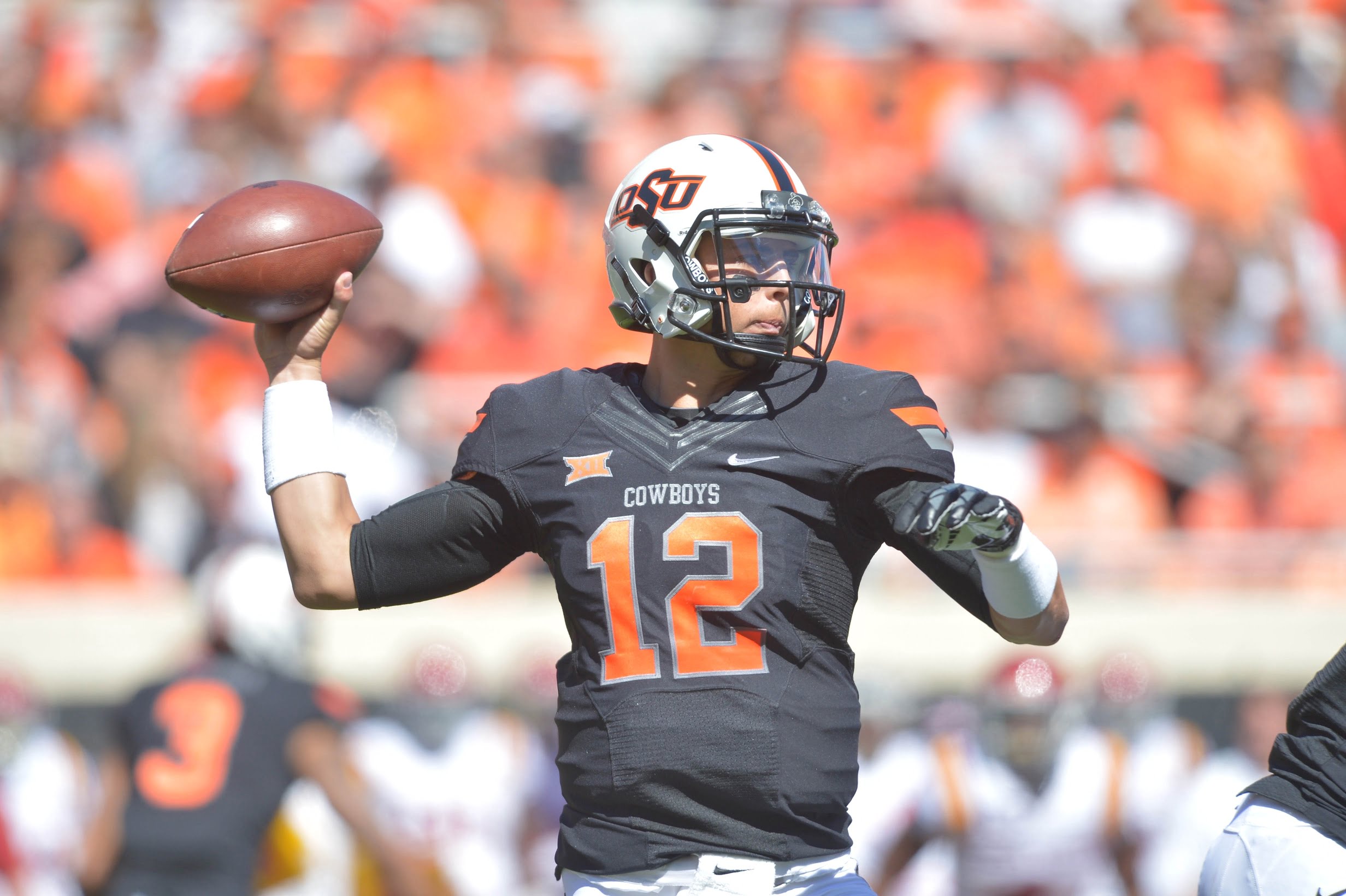 Daxx Garman didn’t have his best game on Saturday (USATSI)

I posted my 10 Thoughts on the OSU-ISU game here but wanted to empty the notebook on things I thought about during the game.

• I do love 11 AM games — I know I wrote that I liked the 2:30 and 6 PM games better but as somebody writing about this stuff and still trying to enjoy my Saturday, I’m all in on the early ones.

• Ashton Lampkin being out didn’t really seem to affect OSU that much. My man Ramon Richards got a ton of playing time which is good both for this season and the ones thereafter.

• Speaking of freshmen getting playing time how about Tre Flowers starting and playing basically the whole game?

• Who was worse: Katy Perry as a GameDay picker or Adarius Bowman as a college basketball player? Toss up for me.

• Look, I know it was the end of the game and I don’t think it’s THAT big of a deal but OSU does have a little big of a “we don’t do Iowa State games anymore” feel sometimes. Not 100 percent of the time, but it happens.

• I wish you could have seen my face when Fox flashed OSU’ three-and-out percentage showing that they are third worst in the country. That’s not good.

• OKC Dave and I had this conversation at the Texas Tech game but we realized we’re getting old because we keep thinking current players wearing olf players’ numbers were actually those old players. Today I kept thinking Flowers (No. 31) was Lucien Antoine.

• Sometimes it’s not as complicated as fans want it to be. Sometimes it’s just that an inexperienced, below average (for OSU) offensive line = poor offense.

• This catch was insane.

• Why doesn’t one of the Sam Richardsons go by “Sammy”?

• I was told that this week’s game was a “classic trap game” for OSU? With Kansas next week..

• Here’s an idea for an OSU offense: 10 eight-yard slants to Marcell Ateman, touchdown.

• This was pretty good.

• What time do they think humans wake up?

• This was true (and worrisome) at one point.

PI is our best play.

• I’m not sure the “14 points in 11 seconds” stat from OSU (Roland end-of-half TD and Tyreek kick return) is getting topped this year. That has to be a near record.

• I thought this was great.

• How hard was Brando riding on ISU +17.5? He announced that last drive like it was to win the Rose Bowl.

• We’ll talk more next week but that uni combo is as good as it gets for OSU. Two straight Heisman-level performances.

• Apologies for screwing up the first goal line photo by not angling the line and just going straight up and down. Not sure what I was thinking.

• Rickie Fowler took a photo with himself.

• Here was the final Roland TD. Poor ISU was just worn out.

Looks good to us. pic.twitter.com/7drgJMZ4il