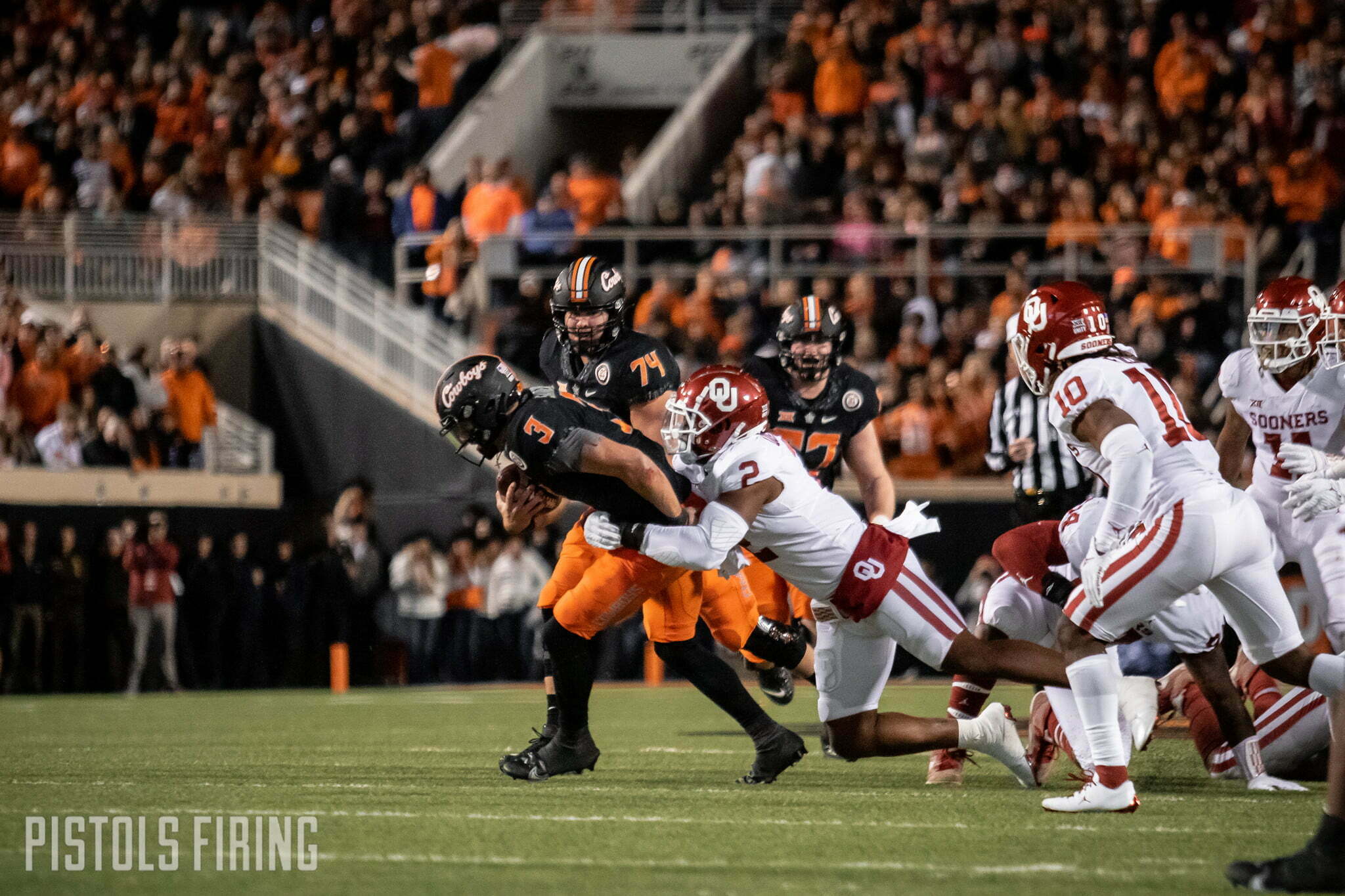 The final leg of the Oklahoma State’s 2022 slate is headlined by the biggest game of the year. Whether or not a November Bedlam will have Big 12 title implications will have been decided in October, but a trip to Norman is always a high stakes affair. Let’s take a look at the final three games on the Cowboys’ schedule.

Be sure to check out the previous chapters of our preview: Part 1 | Part 2 | Part 3.

Mike Gundy is 10-4 against the Cyclones during his tenure including a six-game win streak, but things have been more even of late. The two teams have split the last four meetings with the home team winning each of the last two. The Cowboys’ somewhat controversial loss in Ames was their only blemish last season other than that heartbreaker in Arlington.

ISU in 2021: The Cyclones were in the Big 12 hunt, at 3-1, after their win over the Cowboys. But then they stumbled down the stretch, finishing 2-4 including ugly losses to West Virginia and Texas Tech and a Cheez-It Bowl loss to Clemson. Iowa State also lost former All-Big 12 passer, and all-Cyclone everything, Brock Purdy who will have a go at playing on Sundays. Leaving even a bigger hole is two-time All-American Breece Hall.

ISU in 2022: The good news for those in Ames is that Iowa State once again fended off the poachers and survived coaching season without losing the services of touted head coach Matt Campbell. But he’s looking at a rebuild in 2022.

Thought on ISU: A lukewarm take: Keeping Campbell is better for ISU, and the Big 12, but has he topped out at nine wins? In three years with Purdy and Hall, he mustered just one Fiesta Bowl win.

Why bring up ancient history? The Cowboys own this year’s bragging rights after bottling up Caleb Williams in the fourth quarter in Stillwater and sending he and Lincoln Riley to the Pac-12. The day after Bedlam, Riley was named as USC’s new head coach and Williams and several OU commits soon followed.

OU in 2021: The Sooners finished 11-2 with an Alamo Bowl win, but it was hardly the season their fans signed up for. Losses to Baylor and Oklahoma State left OU out of the conference championship game for the first time since it was reinstated in 2017 and, essentially, without its darling head coach.

Radio waves in the 405 were filled with souls who knew Lincoln was soft all along, bidding good riddance to those players and recruits. We’ll see how they feel this fall.

OU in 2022: It’s onward and upward with the start of the Brent Venables era. The Sooners got a boon with UCF transfer quarterback Dillon Gabriel, but there are still talent holes to back fill all over the roster. OU said goodbye to leading rusher Kennedy Brooks and three of its top four receivers this offseason. The Sooners also lost a handful of defensive leaders like Isaiah Thomas, Perrion Winfrey and Nik Bonitto. At Clemson, Coach V proved his acumen for fielding topflight defensive fronts. We’ll see how quickly he can restock OU’s.

Thought on OU: The Sooners are due for a step back, but don’t write them off just yet. It will be interesting to see how long it takes to rebound from the reset with their days in the Big 12 numbered.

The Cowboys have won seven-straight against the Mountaineers. It’s their longest active winning streak against a conference counterpart other than Kansas.

WVU in 2021: The Mountaineers capped a 6-7 season with a loss to Minnesota in the Guaranteed Rate Bowl. I’ll take Bowls I Didn’t Know Existed for $500, Alex. It was a step back in Neal Brown’s third year at the helm, following up a shortened 6-4 COVID season in 2020 that landed the program its first bowl win in five years.

WVU in 2022: Brown hired former USC offensive coordinator Graham Harrell to revamp a West Virginia offense that scored more than only Kansas last season and has ranked in the bottom three of the league in every year of his tenure. But Mountaineers QB Jarret Doege transferred this offseason and leading rusher Leddie Brown is off to play on Sundays leaving WVU with some big question marks in the backfield.

Thought on WVU: The ‘Neers are still a few steps away from competing in the Big 12, but Brown might be feeling some heat if they can’t show some real progress in Year 4.