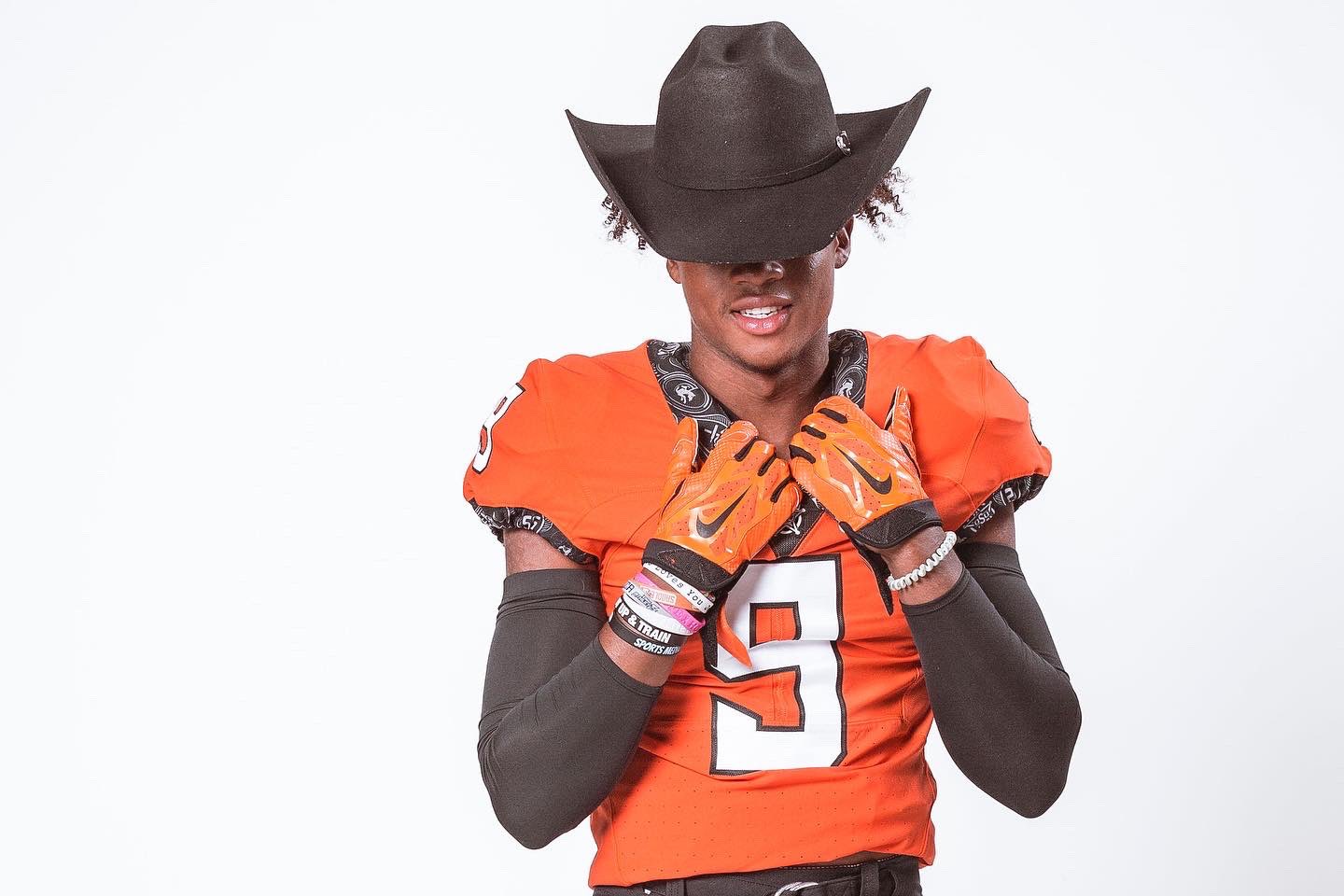 The Cowboys are still making moves in the 2023 recruiting cycle, and one of those moves could be done in state.

An under-the-radar prospect, Andrews had 130 catches, 1,551 yards and 17 touchdowns for Enid in his senior season as the Plainsmen made it to the second round of the 6A-I playoffs before falling to eventual state champ Bixby.

Andrews isn’t ranked on the major recruiting services, but he also holds offers from Navy, Dartmouth, Drake, Southeast Missouri State and others. He announced at the beginning of the month that he had an official visit scheduled to Navy for this weekend.

The Cowboys have only one high school receiver committed in their 2023 class — Houston standout Camron Heard. The Cowboys are also bringing in Washington State transfer De’Zhaun Stribling. The Cowboys have lost five scholarship wide receivers to the transfer portal this offseason.

Andrews’ film is a lot of fun to watch. It’s filled with contested catches and long touchdowns. Take a look.