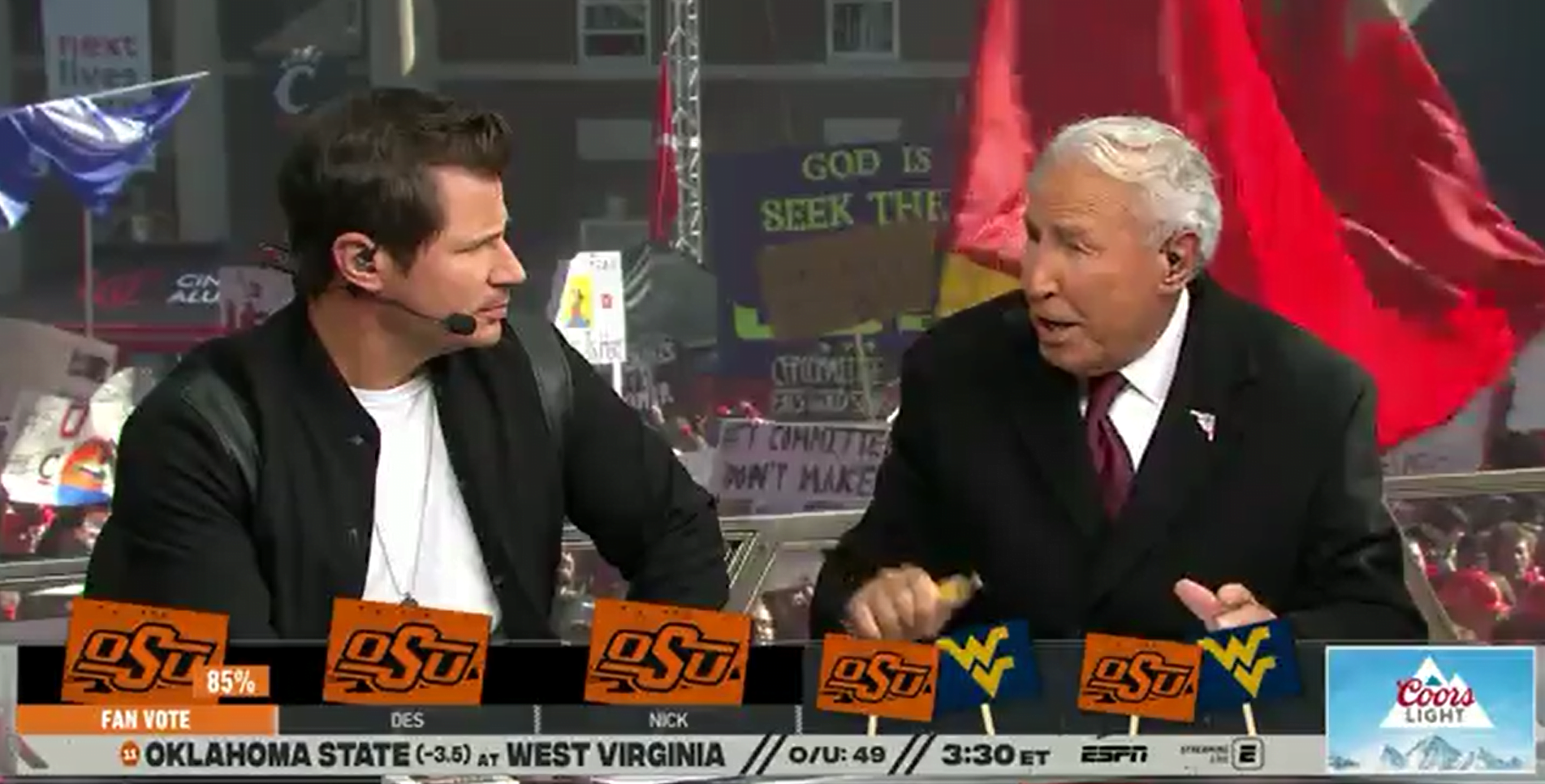 The general consensus from ESPN’s GameDay crew is that the Cowboys will come home from Morgantown with a win, but that it won’t be easy.

Desmond Howard got the roundtable discussion kicked off, predicting an OSU win as long as the Pokes can avoid one of their bugaboos.

Celebrity guest picker Nick Lachey, agreed, picking the Pokes, but echoed that it wouldn’t be easy in M-Town.

“I mean Morgantown is such a difficult, tricky place to play,” said Lachey, “but I think Oak State has enough fire power and I think that they get it done today. Oak State.”

Sorry, Nick. You might have just converted an entire fanbase into NSYNC fans.

Kirk Herbstreit cautioned America not to sleep on the Pokes, who still control their own destiny in the Big 12.

“Don’t forget, Oklahoma State is one of those teams that still has everything in front of them, despite the one loss,” said Herbstreit. “The defense, with Jim Knowles, is the real deal and they’ll get just enough on the road. It will be tough, but just enough from that offense and Spencer Sanders.”

With the fan vote favoring the Cowboys at 85 percent, it was unanimous.