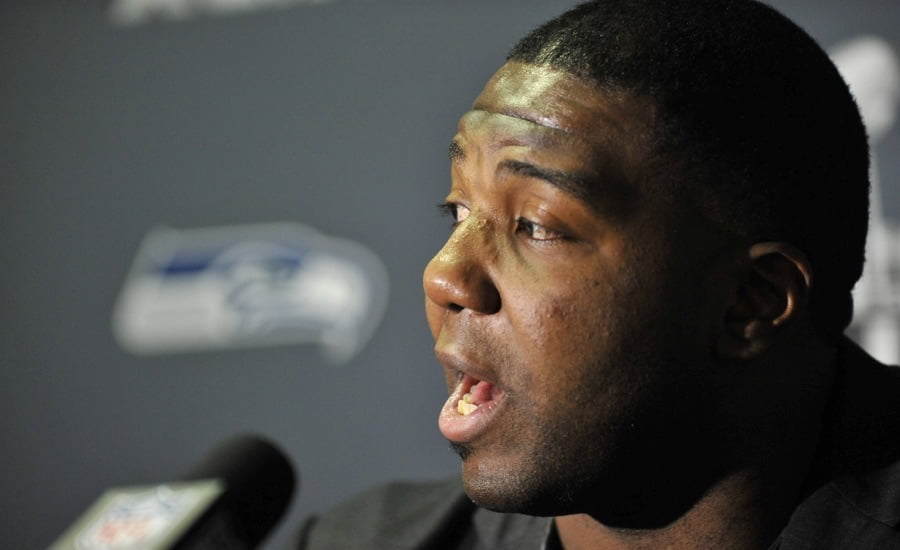 Even though Bowl season and the inaugural College Football Playoff have come and gone, football fans still have one more weekend to enjoy some pigskin as the Seattle Seahawks square off with the New England Patriots in the Big Game.

A game rife with storylines.

From Seattle’s abysmally bad yet miraculous NFC championship victory to the Patriots’ Deflategate scandal, this game looks to attract a huge audience yet again, including the OSU coaching staff.

In a recent talk with the media, head coach Mike Gundy was asked who he was cheering for in the Super Bowl.

I made a GIF out of @Seahawks Russell Okung's reaction to the two-point conversion #NFCChampionship pic.twitter.com/auzoJjS7bQ

“We try to support the guys who have played for us,” said Yurcich wearing a T-shirt with “Guess who’s not fired!” screen-printed on the front, “so we’ve been studying the other team’s D-line and emailing him [Okung] summaries of their deepest fears and failures, things that might trigger minor nervous breakdowns. You know, just a little encouragement.”

Defensive coordinator Glenn Spencer said while he isn’t necessarily wishing a bad game on the Patriots offense, he does hope the Seahawks have a great game defensively.

“I’ve handwritten each of them [Seahawks defensive players] a note,” said Spencer, “telling them how proud I am of their effort and moxie. I told them there’s no shame in hugging the other team after annihilating their offensive production like waves against rocks. We all need a helping hand sometimes.”

Other coaches from around the Big 12 gave similar responses, though some were more vocal than others.

“I mean, we just barely missed getting to the Championship ourselves,” said Baylor head coach Art Briles. “We deserved our shot to prove we’re the best in the country, but Big Ten bias runs pretty deep. What? Oh, Seahawks.”

We tried to ask him about his opinions on Deflategate and the Seahawks’ offense, but he answered every question with, “Ready for Bama.”

Texas head coach Charlie Strong said he’s very excited about the Big Game and how it could reenergize the football culture a bit in the state of Texas.

“Not that we don’t care about football down here,” said Strong, “but we need a little spark to get fired up again, you know. [Chuckles] It’ll help give our guys at Texas and even some of our recruits a sense of pride in what our state means for football. So that’s why I’m pulling for the Cowboys to beat the Patriots!”