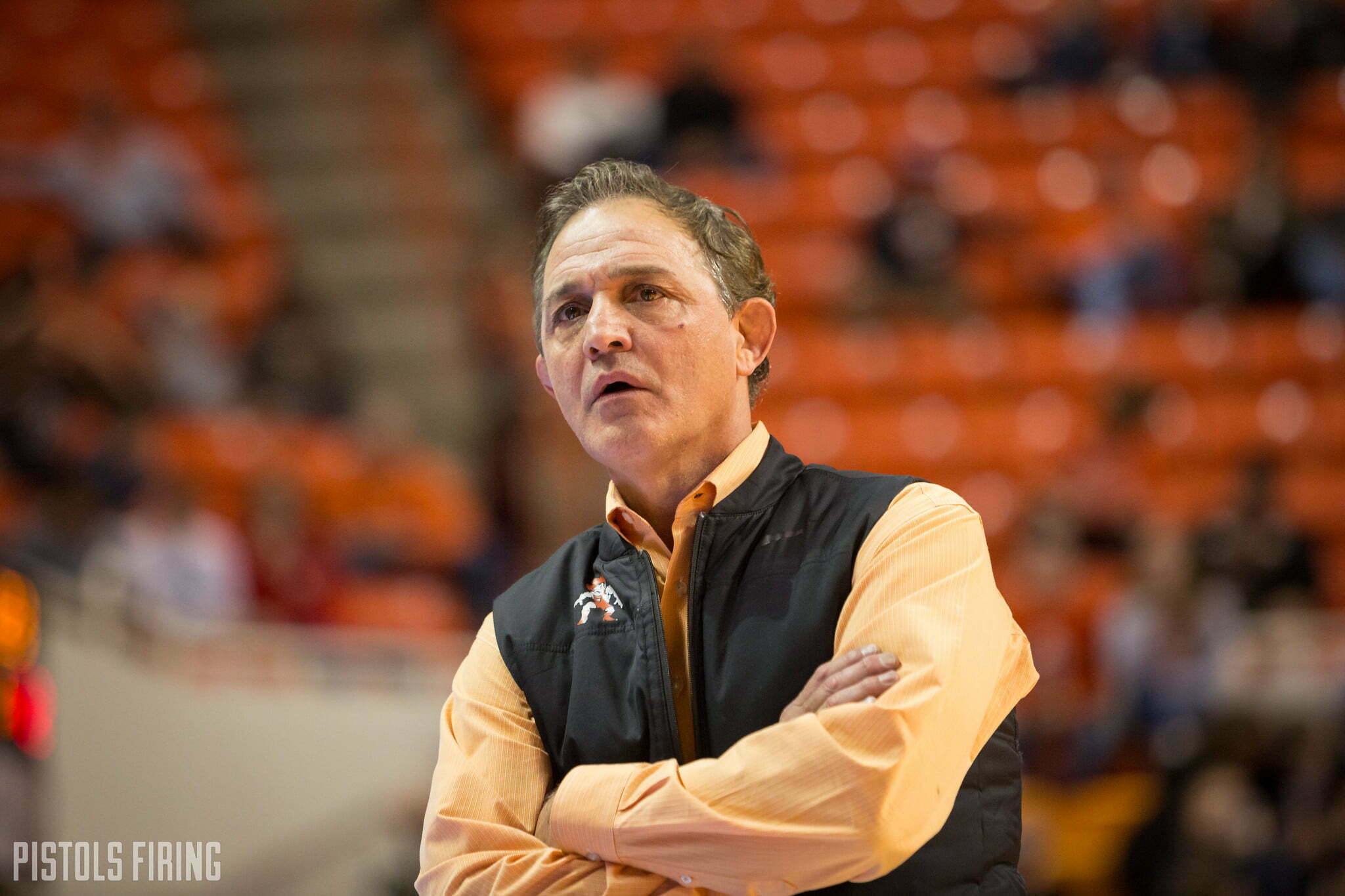 Oklahoma State didn’t have any wrestlers in the Olympics this cycle, but one familiar name and face was a big part of the show these past few weeks as six-time World/Olympic Champion John Smith stood alongside Jordan Burroughs as the commentary team this year.

Outside of the United States’ incredible performance in winning nine Olympic medals (!), one of the most talked-about things in wrestling this Olympics was John Smith’s commentary.

John Smith is widely regarded as the best technical American wrestler of all time. King University coach and former National team member Julia Salata sums it up here, but his analysis and ability to break down technique are about as good as it gets. Smith would often call on a wrestler to hit a move or see something open up almost simultaneously or even before it would happen.

Smith was arguably the best American freestyle wrestler of all time but was not known for Greco. He still called the Greco matches and did it well. Olympian Brandon Paulson commended his efforts for it.

On the lighter side of his commentary was his back and forth with Jordan Burroughs. Burroughs is of course much younger than Smith, so there was a definite generation gap that created some hilarious back and forth between the two.

One of the best parts of Smith’s commentary is he never fully took off the coaching glasses. Every match he went straight at the refs when he felt they weren’t doing a good job. Even calling on them to retire after the match. (Leaving one’s shoes on the wrestling mat after a match is a symbolic retirement signal in wrestling).

He also naturally just went at the commentary as though he was coaching, which is not normally done in sports, but was loved by fans.

He was on the call for Gable Steveson’s comeback win in one of the more incredible Olympic matches of all time.

This is now being compared to the “Blocked by James” call when the Cavs beat the Warriors in the NBA Finals.

I’m not sure if Coach Smith has any desire to go into wrestling commentary after he hangs up his coaching whistle, but there is certain to be a large fan contingent in the sport pushing for it.