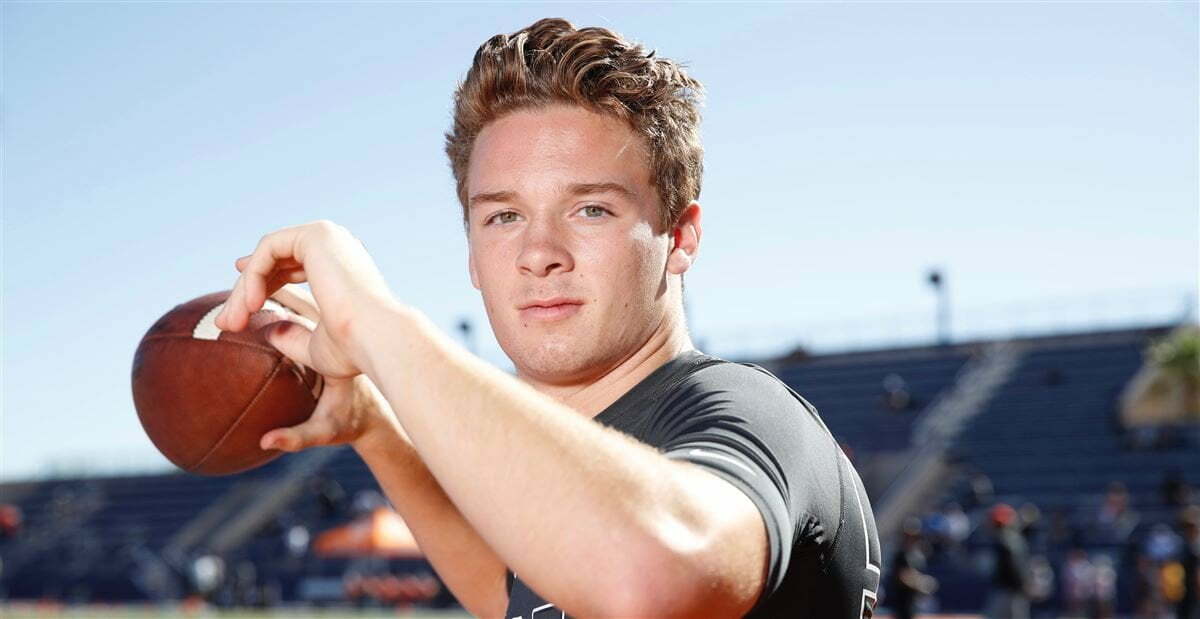 Yesterday I looked at Brendan Costello in depth for Part 1 of a two-part series. Today we’ll look at Part 2 and touch on some of the finer aspects of his game.

Costello doesn’t have off-the-charts arm strength, but he does a great job of using both touch and velocity appropriately when throwing the football. First, let’s look at his touch on this fade route.

Costello takes a short drop and seeing that his receiver has the defensive back beat, he throws it over his receiver’s shoulder with perfect touch. He’s able to take power out of his throw by fully extending his arm and rotating his body which causes the ball to drop with the nose of the ball starting to angle down right his wideout’s outstretched arms.

Next, we see him use velocity and show off his ability to throw on the run.

As he rolls away from his throwing shoulder, he squares back around and fires the ball to his receiver on the outside.

I did want to note that when Costello missed, he usually missed high. This isn’t a big issue on outs or other routes towards the sidelines, but when throwing over the middle this can be a problem as you see in the following clip.

San Clemente utilized the zone-read pretty heavily in their offense. Costello did a solid job of making his read and either handing the ball off or keeping it himself. When dropping back to pass, he sometimes made the decision to run a little too quickly, but I honestly believe in their offense on most occasions that if his primary read wasn’t open, he was instructed to tuck it and run.

He was clocked at a 4.6 40-yard dash in high school, and is insanely athletic posting a 38-inch vertical jump. His ability to make plays with his legs like the one below make him a nightmare for opposing defenses.

San Clemente ran a lot of 11 personnel groupings in the film I watched. This will allow him to transition pretty smoothly into Oklahoma State’s offense. The Tritons also went with tempo at times, so he will have some experience with the fast paced offense that Mike Gundy likes to run at times.

As I mentioned above, he has a tendency to miss high, and he doesn’t always throw a tight spiral, but his mechanics and footwork look solid overall. He does a great job of using touch and throwing the ball on a line when needed, and I was really impressed with his ability to throw the deep ball. Something he will have to learn at the college level is progressing through his reads and not just keying on his primary receiver.

Additionally, he handled pressure very well in the pocket and was able to get the ball out of his hands or throw it away and avoid getting sacked. He also looks to be a vocal leader on the field, I saw him talking things over with his offensive lineman in between plays and he always ran down the field to congratulate his receivers after a big play or touchdown.

I know all eyes will be on Dru Brown and Spencer Sanders next year, but I am really excited about Costello leading this Cowboy team in the future.