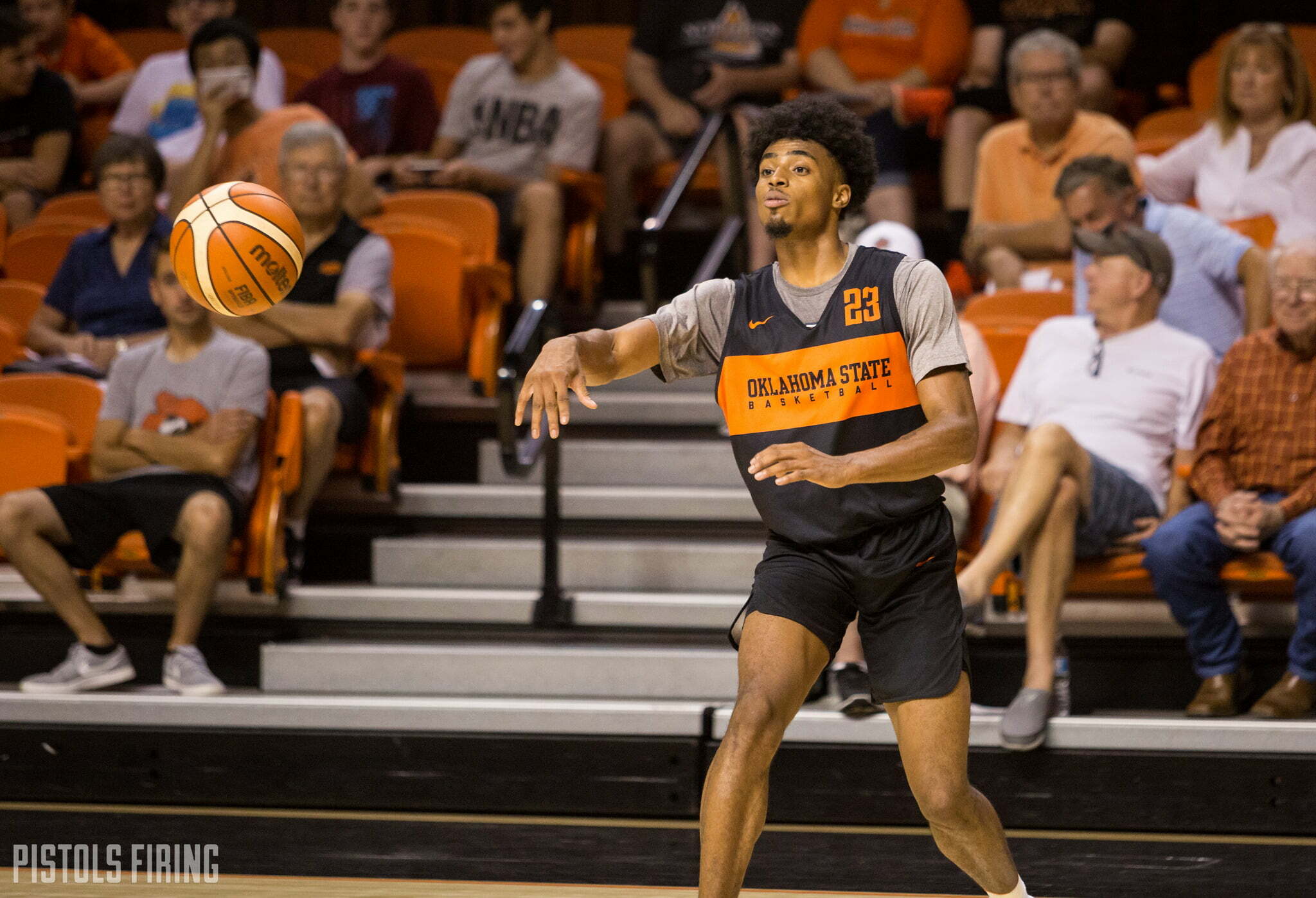 After coming off a nice win against LSU to wrap up the Advocare Invitational, Oklahoma State fell to the Minnesota Golden Gophers 76 – 83 on Friday night. Kyle Cox did an excellent job of recapping the game in his Five Thoughts, but there were two things I wanted to dive into a little deeper in this post.

Michael Weathers Can Get Buckets

Weathers had some struggles in the first half. He finished the first 20 minutes 1 of 4 from the field, with no assists and 2 turnovers. The Miami (OH) transfer wasn’t getting the calls he normally gets at the rim, and had trouble making an impact on the offensive end of the floor.

In the second half, the Cowboys got down by as many as 18 points, but fought their way back to within four after a 23 to 9 run. During this run, Weathers scored 10 of the Pokes’ 23 points and was not only getting calls, but was finishing at the rim even after contact.

OSU would give the redshirt sophomore the ball on the wing, clear out to the other side, and let him go to work.

He didn’t really ever need a screen to take his defender off the bounce. Although, when one of his teammates would come up to set one, he would either take it or use it as a decoy to create space, shown in the video below.

He does such a good job of reading the defense when he has the ball in his hands, and as you can see from the two clips above, he’s a handful for pretty much any defender he’s faced so far this season.

In addition, he’s continued to show the ability to get his teammates involved, as you see in the next video. Weathers gets into the lane and opens up space for Lindy Waters. If you give Waters any kind of space, he’s going to knock it down more often than not.

When one of Oklahoma State’s other go-to scorers was struggling from the field — Cam McGriff was 4 of 13 from the floor — Weathers stepped up big time in the second half and was a key component of the Cowboys comeback. He’s continued to showcase his ability to be a primary bucket-getter for the Pokes, and I only expect this to continue through the non-conference and into Big 12 play.

Too Many Open Shots

Due to some poor defense and miscommunication from the Pokes, the Gophers were able to get plenty of open looks in the second half and shot 58.8 percent from the field, including 71.4 percent from three.

The Pokes were getting lost in their help defense at times, and this caused players to lose their man and led to wide open shots like the one shown below.

Weathers’ speed allows him to recover quickly here, but it’s not quick enough as Minnesota knocks down the three.

This time we see the Gophers set a nice screen down low, which leads to a wide open three. You have to give credit to Minnesota here, but the Cowboys need to have better vision and communication to react to a set like this, as it leads to another UM conversion from beyond the arc.

The Cowboys just left too many open shooters in the second half, and even though they were able to score on the other end and keep things close, it’s pretty difficult to ever take the lead when you are leaving guys wide open like this.

I expect the Cowboys to learn from this loss and bounce back against Tulsa this coming Wednesday. We expected OSU to have some ups and downs, especially early in the season with such a young team, but so far their play has looked very promising and I’m excited for the rest of the season.