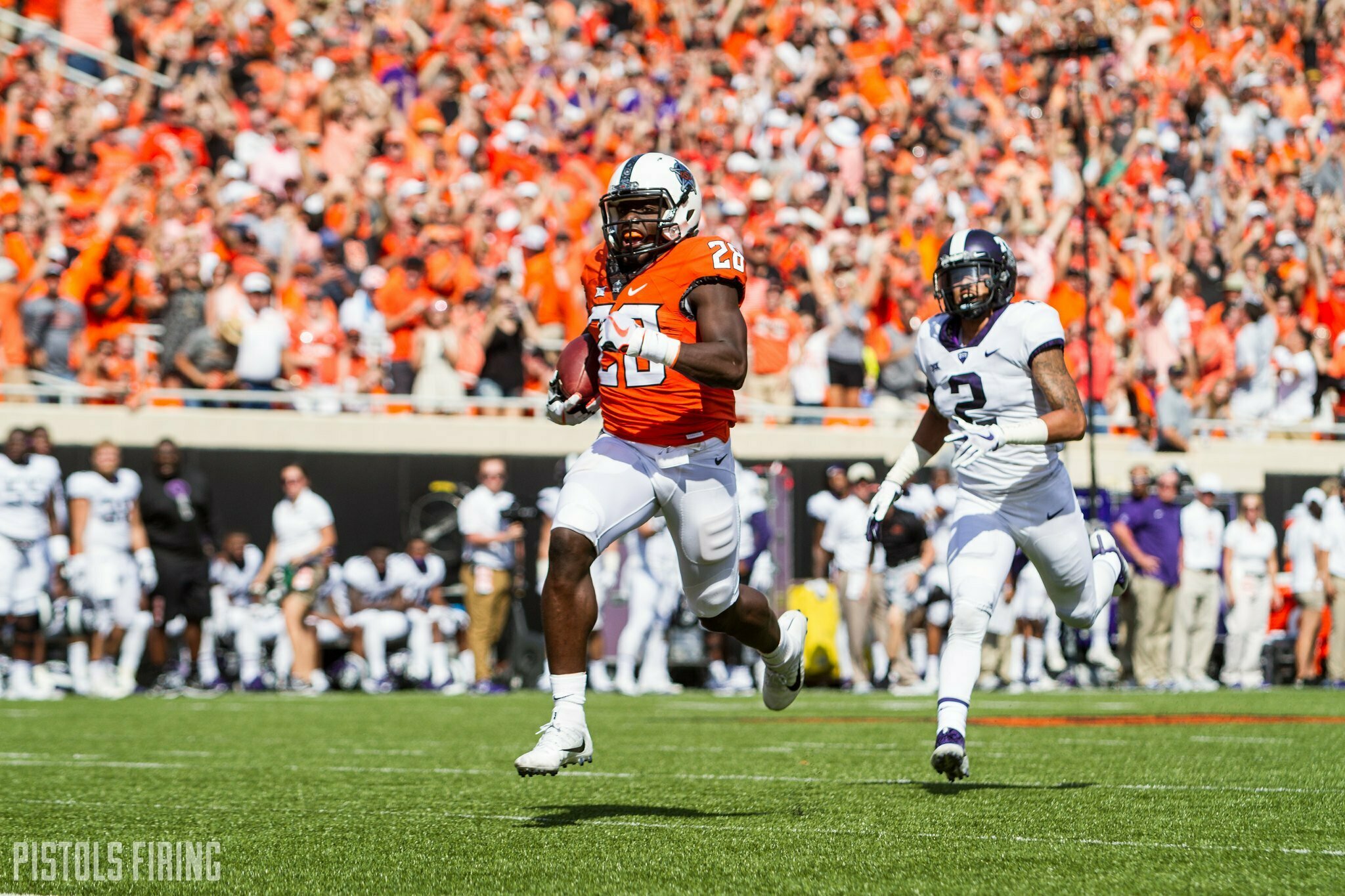 Next up in my successful play series, I take a look at a popular Oklahoma State passing concept from the 2017 season, the Shallow Cross. If you want to check out my previous post about the TCU game or the articles on the Pittsburgh game, they can be found below:

Now, what is the Shallow Cross concept? Well let’s take a look at the specific play against the Horned Frogs in the diagram below.

Chris B. Brown of SmartFootball.com explains the concept like this:

The shallow cross is, quite possibly, the best pass play in football: Almost any quarterback can complete it; almost any receiver can run it (though there is more nuance than maybe one might initially realize to a good shallow route); it is a way to get “speed in space” without requiring a big arm; it works against most all coverages; and throwing a few of these tends to open up big plays downfield as defenders creep up. [SmartFootball]

Variations of this concept have been around for a long time. It originated in the West Coast offense, but has been a staple in plenty of Air Raid playbooks. In addition, it’s a play used at all levels. As you can see in the below clip, which shows the 2017 Kansas City Chiefs running a similar play to the one I drew above.

In the Cowboy’s version of this play, I believe the quarterback is looking to throw the out to field side, or wide side, as his primary option. In the video below you’ll see this role is played by former OSU stand out receiver James Washington. the Pokes have two receivers aligned to each side and the running back, Justice Hill, in the back field with QB Mason Rudolph. The receiver routes are broke down like this:

Let’s take a look at the play.

Coach Wesley Ross of Glen Rose High School recently wrote about the many different variations that OSU has of this same concept. It showed up consistently over the course of the 2017 season, and I think it will be utilized heavily again in 2020. OSU has the guys to run this concept effectively. Dillon Stoner resumes the same inside spot as the clip above, Landon Wolf replaces Jalen McCleskey and Tylan Wallace assumes the role of James Washington on the out. Additionally, we know current Cowboy QB Spencer Sanders has the arm to make this throw, as he showed many times last season.